The Unlikely Soprano: How a Chester woman overcame incredible odds to sing opera 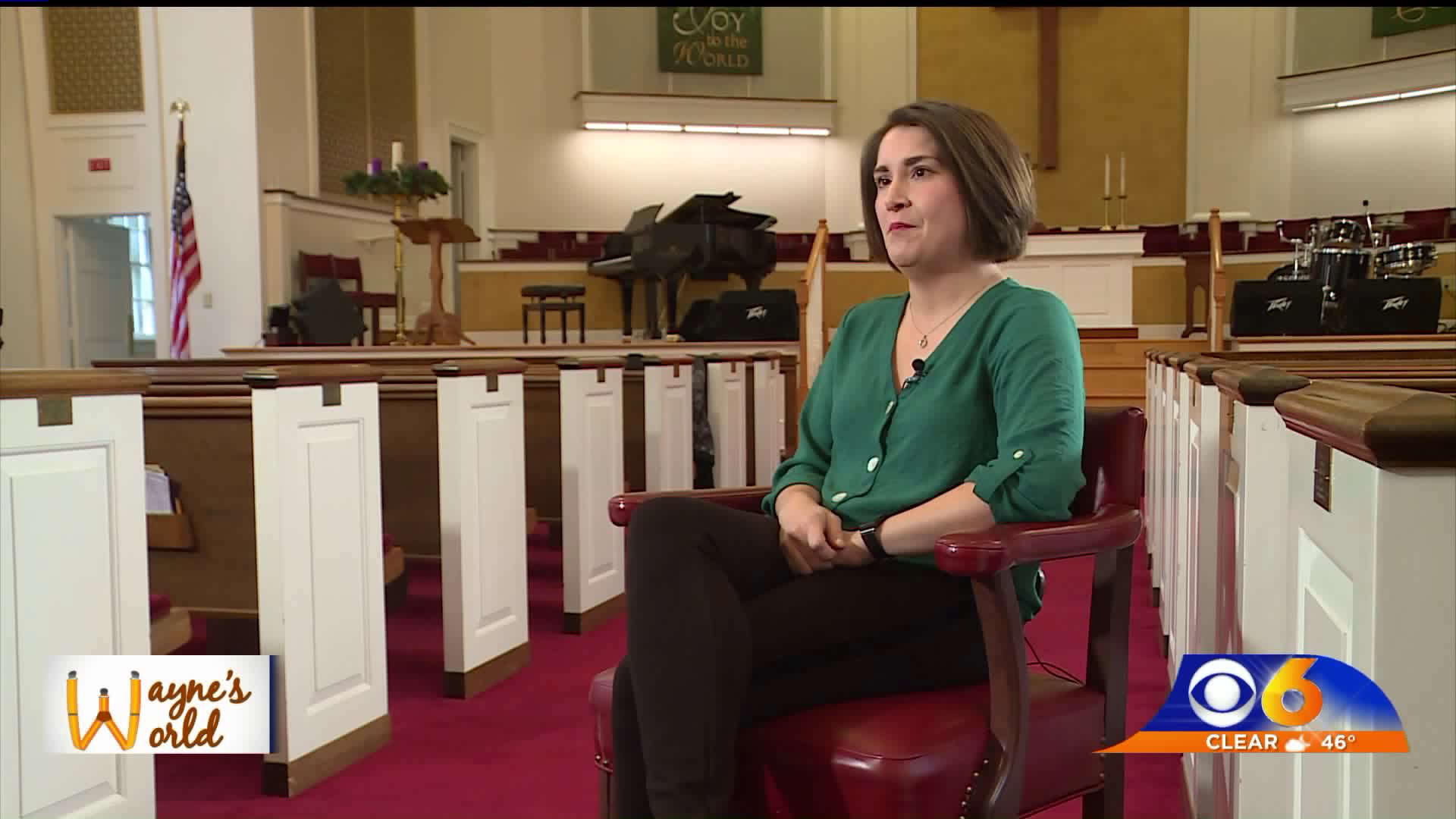 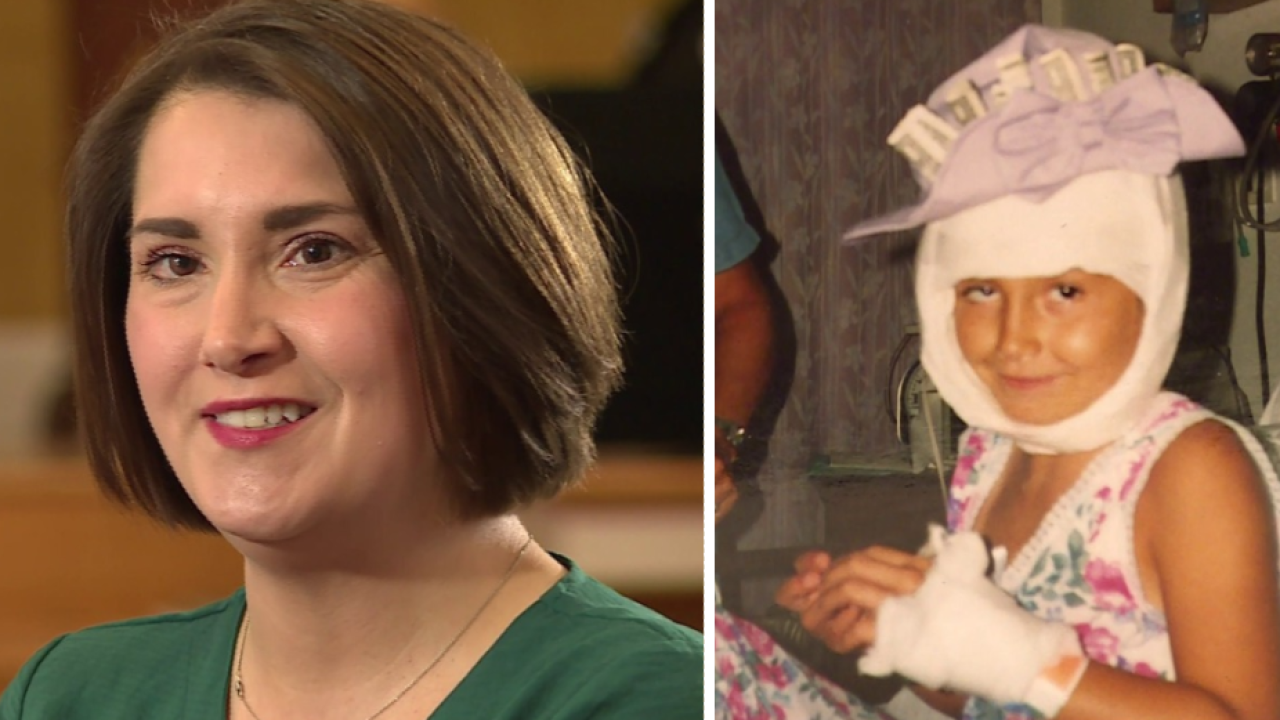 CHESTERFIELD COUNTY, Va. -- To lovers of opera, there is no sweeter sound than the music of the Three Tenors. One of their biggest fans is a Chesterfield County native with a pretty good voice of her own.

Chelsea Buyalos became infatuated with classical music at a young age, thanks to her grandmother. During car trips, they would listen to the Metropolitan Opera’s Saturday matinee broadcasts on NPR.

“In the car bopping out to Tosca, and, you know, Puccini, and Verdi, and La Traviata,” said the 31-year-old Buyalos. “It was different; it was not the norm, and that’s what I loved about it.”

It wasn’t long before she started to sing along, and by the time she was in middle school, it had become clear that she had the potential to become a prima donna herself.

“Her 6th-grade choral teacher came to us and said, ‘Do you realize that she’s got a gift?’ And we were like, oh, you tell them all that, so we just kind of blew it off,” said Pam Buyalos, Chelsea’s mother.

But the teacher persisted and eventually convinced mom and dad that the sky was the limit for their daughter, with proper training.

“So we found a local gentleman here in Chester, and we pursued vocal lessons and it just took off from there,” said Pam Buyalos.

Over the years, Chelsea has performed on several big stages, even singing the national anthem and God Bless America at Baltimore Orioles games.

But it wouldn’t be untrue to say that her singing career reached a crescendo when she was accepted into a program to showcase her talent in Rome.

“It was fantastic, it was an adrenaline rush to be in the country in some respects where opera was born,” said Buyalos. “To be able to sing for the natives, the native people, the Italians, you know, it was a wonderful experience.”

But what makes Chelsea’s story truly remarkable is that she has become a world-class soprano, despite a rare medical condition that could have made it impossible for her to even speak.

Chelsea has what is known as Goldenhar syndrome, a congenital disease that affects the development of the ears, eyes, and spine.

“I was born without an ear on the right side,” said Buyalos. “I had what is called a skin tag, so I just had the lobe that was there and it was flat.”

Goldenhar has also caused Chelsea to have ocular problems and an asymmetrical face, in addition to myriad internal issues.

Which begs the question: How does one sing with just one ear? And sing opera, no less.

“I think of it this way, it’s a gift from God, and I would be doing a great disservice to the man upstairs if I didn`t share it,” said Buyalos. “I also think the body is an amazing thing, and we learn to adapt.”

Chelsea has spent years training her voice, but now she’s lending it to the voiceless.

This past September was Craniofacial Acceptance Month. For the first time, Chelsea took to social media to talk about her struggle with Goldenhar.

She may have never mustered up the courage to do so, if not for a chance encounter with a child inside a restaurant.

“In walks, a family, a mom and her three kids, and right away my mother and I couldn’t help but notice that the youngest, the little girl, had a craniofacial difference,” said Buyalos. “So I walked over to the family as they sat and ate their lunch and I crouched down and I said to the mom, ‘I hope you don’t think me too forward, but your daughter and I have something in common.’ And I pulled back my hair and showed her my ear, and this look of comfort and realization and understanding washed over her face… that she’s meeting somebody that knows good and well what her daughter is going through.”

The conversation lasted just a few minutes, but for Chelsea, it was a cathartic experience.

“You know the old saying of you never judge a book by the cover, well sometimes that happens,” said Buyalos. “You want young children who are still trying to find their way into the world - I mean, I still am too at 31 - but who are just trying to make sense of it all, being able to be an older individual who has gone through all that and to say there is another side after all these obstacles and surgeries.”

Chelsea now lives in Baltimore. She works at the Peabody Institute of Johns Hopkins University, one of the world’s most prestigious music schools.

“She loves children and teaching and guiding them, that’s what she’s doing now,” said Pam Buyalos. “We’re so proud of her.”

She performs at venues up and down the East Coast, but she often returns to the small town where she grew up.

“When I was born, a community embraced my family and they saw an hour of need for us and you always come back to that.”