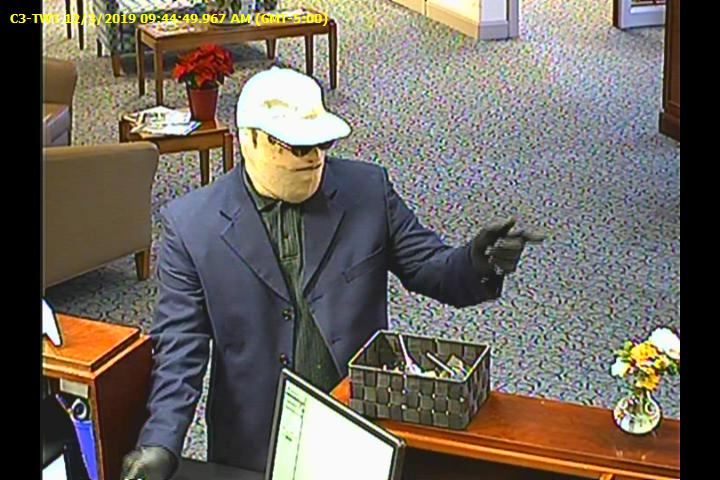 The robber did not pull out a gun, but a bank security camera showed him make a gun shape with his hand during the robbery.

He “implied that he had one,” investigators said.

“Investigators are asking residents of the Kiln Creek neighborhood and the surrounding area to check your home or business security cameras for anything that looks suspicious from around 9:30 a.m. – 10 a.m. Tuesday,” a York-Poquoson Sheriff’s Office spokesperson said. “The description of the suspect is a 5’ 9” male wearing a dark blue or black suit with a white hat and he was wearing a white mask.”