K-pop stars sentenced to prison for sexual assault. One of them also filmed it 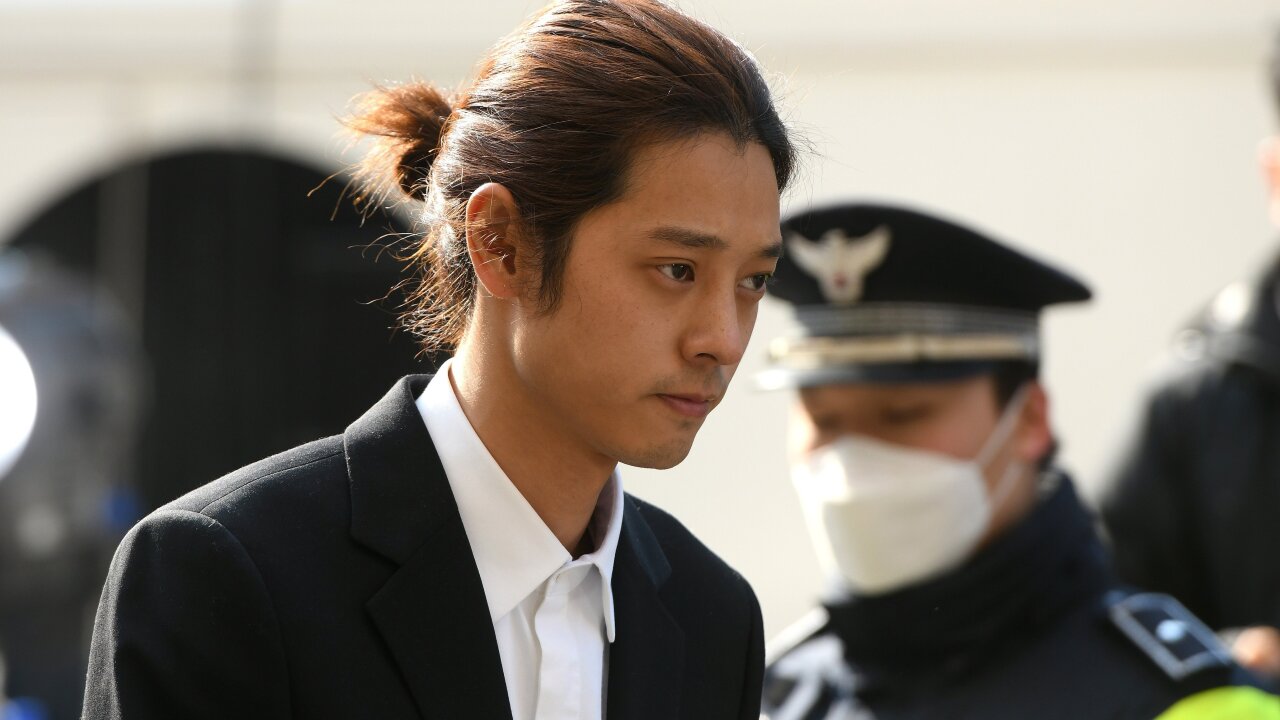 SEOUL — Two high-profile K-pop stars have been sentenced to prison for sexual assault, the latest development in a sex abuse scandal that has shocked South Korea and its music industry.

Singer-songwriter Jung Joon-young, 30, and musician Choi Jong-hoon, 29, were on Friday convicted of conspiring in the sexual assault of a woman who was incapable of resisting, according to the Seoul Central District Court. Jung was also found guilty of filming women against their will and sharing the sexually explicit material to members of an online group chat.

The court jailed Jung for six years and Choi for five years. Both men are also required to complete 80 hours of a sexual violence treatment program.

Allegations of the crimes were first made public in March, in the so-called “Burning Sun scandal.” The Burning Sun club, located in Seoul’s upscale Gangnam neighborhood, was allegedly the site of bribery, violence against customers, securing prostitutes for VIPs, rape, drug trafficking and drug use, according to the Seoul Metropolitan Police.

South Korean police confirmed that Jung and Choi were among 10 members of the group chat. Jung was arrested several days later, admitting to the charges and apologizing to his victims.

The investigation into Jung began during a separate probe into K-pop idol Seungri. The Big Bang star, who oversaw publicity for Burning Sun, was accused of procuring women for prostitution, and was also in the group chat. In March, the 28-year-old announced his retirement from the entertainment industry, saying he was being “treated as a nation’s enemy during the investigation.”

The explosive revelations forced South Korea and its multibillion-dollar entertainment industry into a reckoning about its attitudes toward women. Within a month, four major stars apologized or announced early retirement after being linked to the group chat, which reflects a broader problem in the country of illicit recordings and voyeurism.

That same month, a separate investigation found 1,600 people had been secretly filmed in motel rooms, with the footage live-streamed to more than 4,000 customers.

The ongoing scandal also calls into question K-pop’s supposedly squeaky-clean image. Stars are expected to conform to notoriously high standards of conduct, both from their management and fans. Their labels impose restrictions on who and how publicly they can date, what they wear, and how they behave in public.

The limiting conditions of the contracts stars sign with labels can create skewed expectations of how stars should act, while their sudden jumps to fame create fertile soil for misbehavior, experts told CNN in March.