30 animals rescued from Virginia shelter ahead of heartbreaking ‘holiday tradition’ 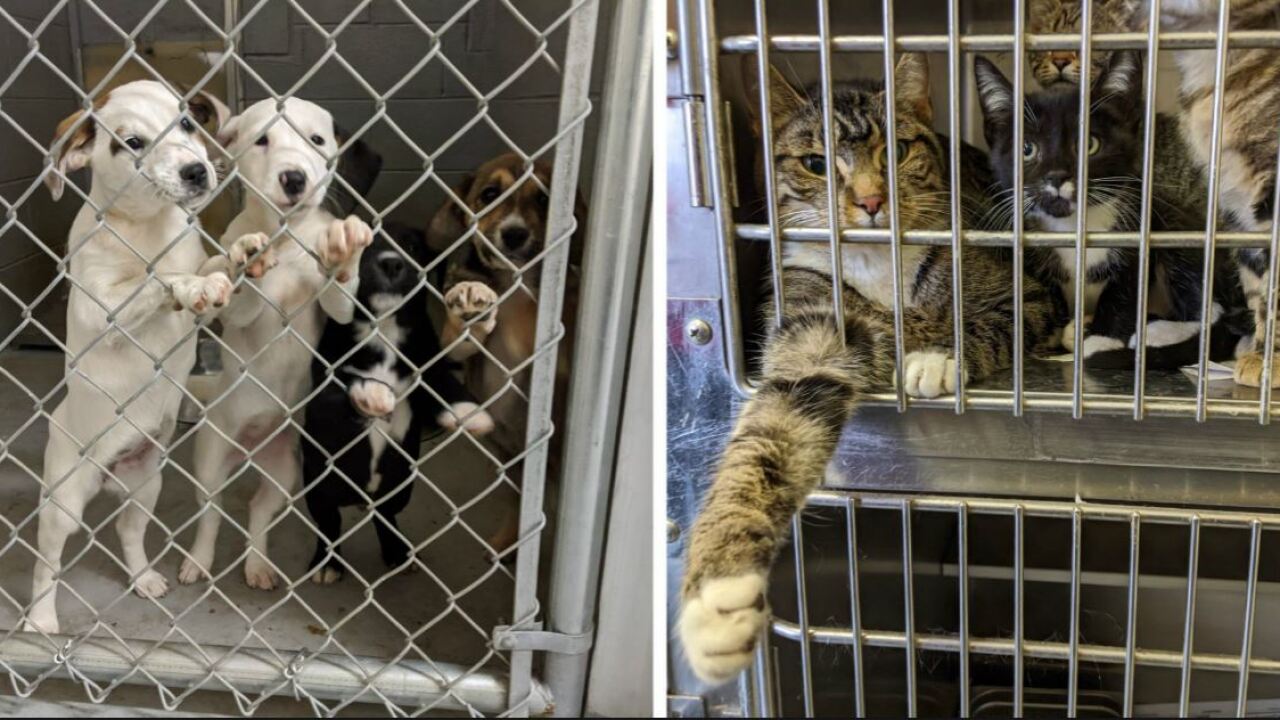 ALBEMARLE, Va. — The Charlottesville-Albemarle SPCA is looking for families to take in animals for the holidays after clearing the Buchanan County Animal Shelter.

“Yesterday we heard about a holiday tradition that broke our hearts,” the Charlottesville-Albemarle SPCA posted on Facebook. “In Buchanan County, Virginia, where the pound is run by two hard-working Animal Control Officers, they are not budgeted to staff for the holidays. And if there are no staff, there can be no animals. While we are gearing up to send animals into foster homes for the holiday, they were preparing to send their animals over the rainbow bridge.”

In an effort to save the animals, the SPCA workers took 31 animals (22 dogs and nine cats) from the Buchanan shelter.

“We are so thankful to the Animal Control Officers and volunteers there that are doing the tough work day in and day out. We are thankful that we had this opportunity to make a difference in the lives of these animals,” the posted continued.

People interested in fostering the animals can get more information here.

Roy Rife, a Buchanan County Animal Control Officer, said his department works with several animal rescue groups in an effort to find homes for the animals in the shelter.

“We appreciate their help and are glad we could make the connection and maybe save some animals,” he said.

He said most the animals rescued by the SPCA are younger and would not have been put down before Thanksgiving.

“We are thankful for the support of our community that makes it possible for us to save lives,” the SPCA post concluded. “We would love to be able to transport from Southwest Virginia more often.”