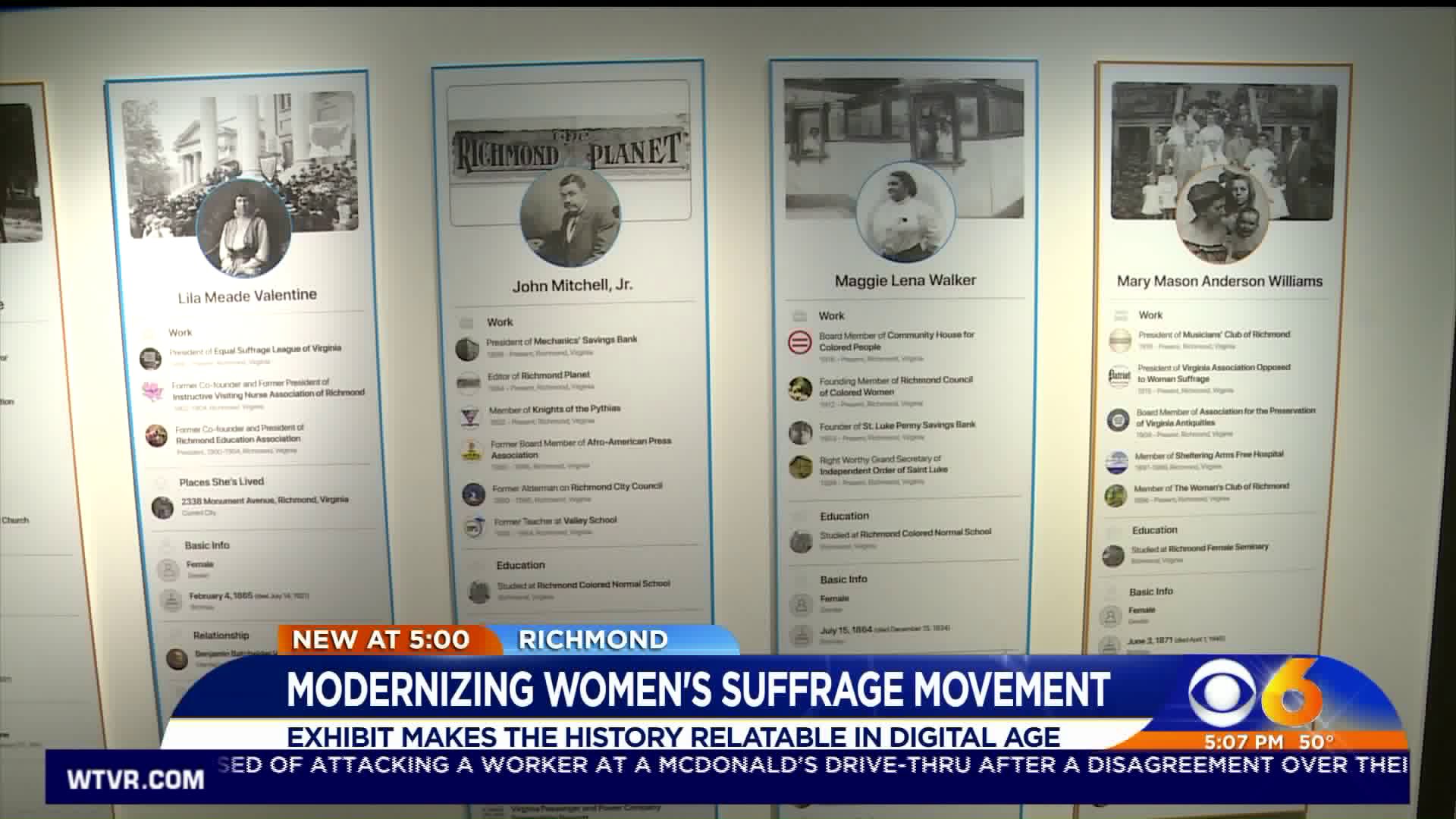 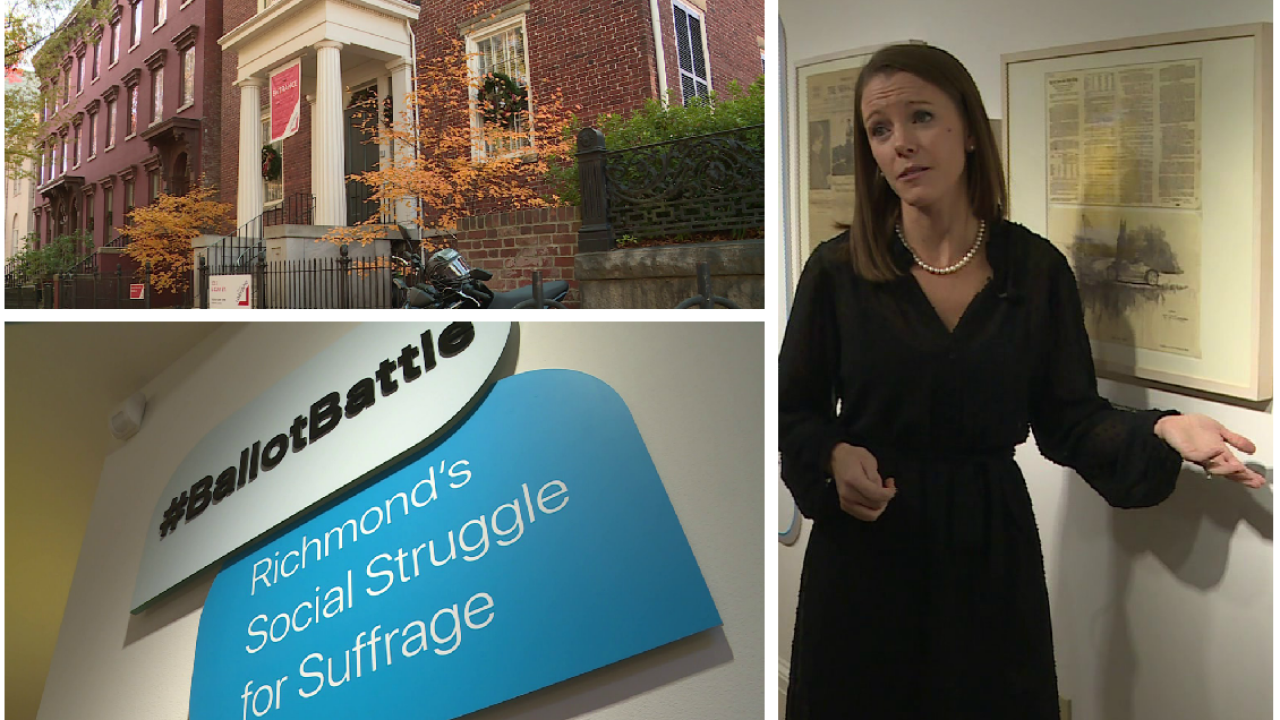 RICHMOND, Va. -- A Twitter squabble a century in the making is playing out at a Richmond museum. The Valentine Museum's newest exhibit "#BallotBattle" opens to the public Thursday and explores the complicated political debate of the women's suffrage movement in Richmond through the lens of modern social media tools.

Next August marks the 100th anniversary of the ratification of the 19th Amendment, which gave women in America the right to vote. The exhibit aims to show a modern audience the somewhat nasty but also nuanced dialogue leaders in Richmond were having in the decade leading up to 1920.

"We wanted folks to know that here in Richmond, it really wasn't a foregone conclusion. There really was an aggressive public and social debate at the time," said Christina Vida, curator at the Valentine. "That started in 1909, with the founding of the Equal Suffrage League. The anti-suffragists organized in 1912. So you have eight years of a pretty active public debate over whether or not women should be able to vote and what would happen if they were allowed to vote."

#BallotBattle uses primary historical documents within the Valentine's collection to translate the "tenacious" arguments by both suffragists and anti-suffragists into modern social media posts, complete with replies, memes, and emojis.

"We have emojis, the likes, the angry faces," said Vida. "Richmond's role in the suffrage movement is fairly complicated."

The key historical players in the exhibit are Lila Meade Valentine, a suffragist, Henry Lee Valentine, her brother-in-law and anti-suffragist leader, John Mitchell Jr., a newspaper publisher, and civil rights leader, Maggie L. Walker, an educator and leader in the African-American community, and Mary Mason Anderson Williams, an anti-suffragist activist.

The exhibit imagines how these leaders would have interacted with each other using a digital medium. The suffrage debate of the early 1900s in Richmond was just as pointed as modern politics, according to Vida, but instead, activists used pamphlets and newspaper articles to attack their opponents.

"I think our social media feeds update every minute, you know you're refreshing Twitter constantly on your phone. Well, they were reading newspapers by the minute, and walking around on street corners handing pamphlets out," Vida said.

Race relations of the period were fraught, and Vida said both suffragists and anti-suffragists used their efforts as an attempt to uphold white supremacy in Virginia. The inclusion of Mitchell and Walker in the exhibit shows the nuance of the voting rights discussion during the early 1900s, even though they both remained relatively quiet on the issue.

"They were hoping for universal suffrage, Vida said. "It really was a disquieting time for race relations here."

Despite the vitriol of the time, Vida said those of opposing views still attended social outings together and were generally respectful in their disagreement. A lesson, she says, for the modern audience in the digital age.

"Practice good digital citizenship. Engage in a civic and civil way. You can have your opinions, but don't vilify the people who don't agree with you," Vida said.

#BallotBattle runs through September 2020. The Valentine created active Twitter accounts for all five historical figures featured in the exhibit. The museum plans to engage them in vigorous but respectful social media battles beginning next year.