Snakes had back legs for 70 million years before losing them, new fossil shows 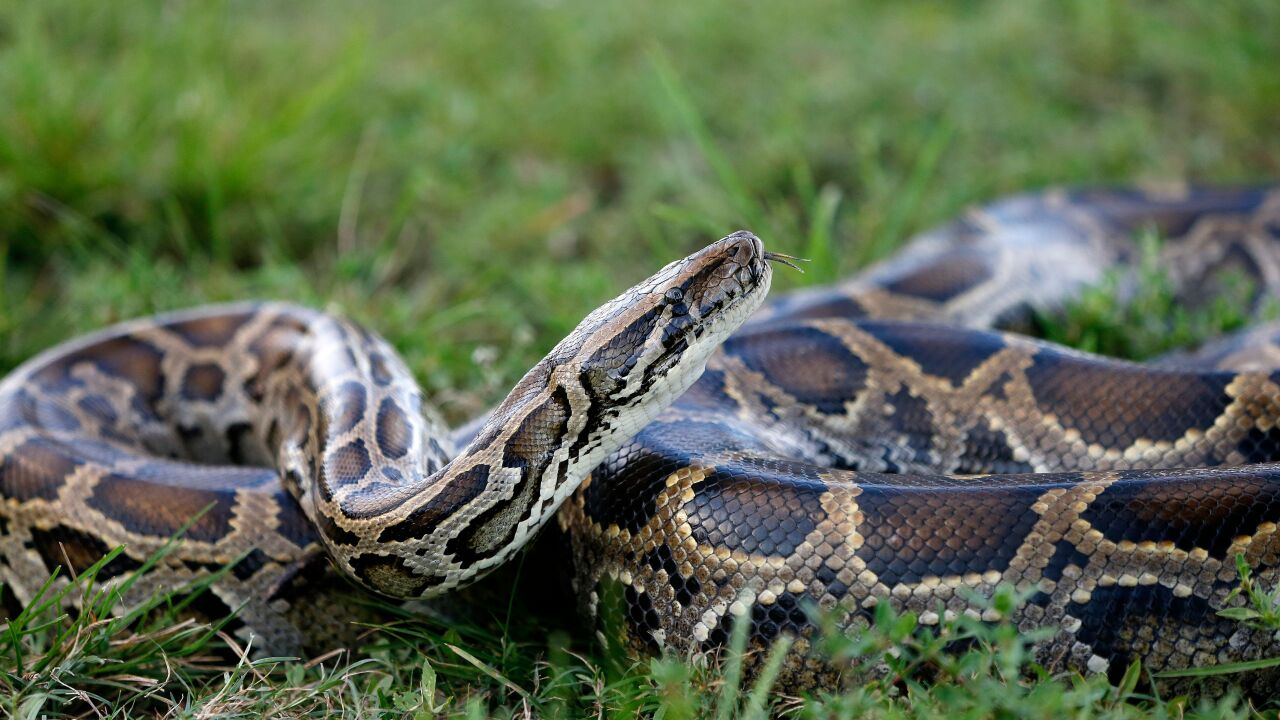 A Burmese python sits in the grass at Everglades Holiday Park in Fort Lauderdale, Florida on April 25, 2019. – Along with the venomous lionfish, the Burmese python is perhaps the least welcome invasive species in Florida: lacking any natural predators, it has happily chomped its way through the state’s wildlife. Native to Southeast Asia, the Burmese pythons have become a plague in Florida. (Photo by RHONA WISE / AFP) (Photo credit should read RHONA WISE/AFP via Getty Images)

Snake evolution has intrigued scientists for years because they knew that these complex vertebrates once had limbs and adapted over time to live without them in dramatic fashion.

But a limited fossil record didn’t reflect how that transition happened since snakes first appeared during the upper Middle Jurassic Period between 163 to 174 million years ago.

Over the years, theories have suggested that these limbs were merely a transient phase before snakes quickly adapted to their current limbless form.

But newly discovered and well-preserved fossils of snakes, particularly snake skulls, suggest they had back legs for an extended period, according to a new study published Wednesday in the journal Science Advances.

Najash rionegrina was a type of early snake with hindlimbs. Researchers uncovered eight skulls, including one that was almost perfectly intact, as well as other fossils in the La Buitrera Palaeontological Area of northern Patagonia in Argentina.

Najash possessed primitive features more similar to lizards, such as a cheekbone arch, as well as more snakelike features including the lack of a bony arch connecting from the skull to the cheekbone. It also possessed something intermediate between snakes and lizard, like part of a jaw joint.

That cheekbone, also called a jugal bone, existed in these early snakes nearly 100 million years ago, but it’s not apparent in modern snakes.

“Our findings support the idea that the ancestors of modern snakes were big-bodied and big-mouthed — instead of small burrowing forms as previously thought,” said Fernando Garberoglio in a statement, lead author at the Fundación Azara at Universidad Maimónides, in Buenos Aires, Argentina.

“The study also reveals that early snakes retained their hindlimbs for an extended period of time before the origin of modern snakes which are for the most part, completely limbless.”

The snake also lacked a series of bony crests, which was long thought to be a defining “snakeness” feature.

For 70 million years, the Najash snakes lived with back legs in a successful and stable way. This suggests that the hindlimbs were useful to the snakes and weren’t just part of a transitional phase before they adapted to live without them.

Light microscopy and tomography scanning allowed the researchers to see Najash in 3D and better understand the early stages of evolution that led to modern snakes. This also provided the researchers with a closer look at the pathways for nerves and blood vessels within the snake skeleton.

“This research revolutionizes our understanding of the jugal bone in snake and non-snake lizards,” said Michael Caldwell, study co-author and professor at the University of Alberta. “After 160 years of getting it wrong, this paper corrects this very important feature based not on guesswork, but on empirical evidence.”

Overall, their research provided an in-depth look at the snake body plan. Due to the lack of forelimbs, the researchers believe they disappeared much earlier before hindlimbs.

“This research is critical to understanding the evolution of the skulls of modern and ancient snakes,” Caldwell said.