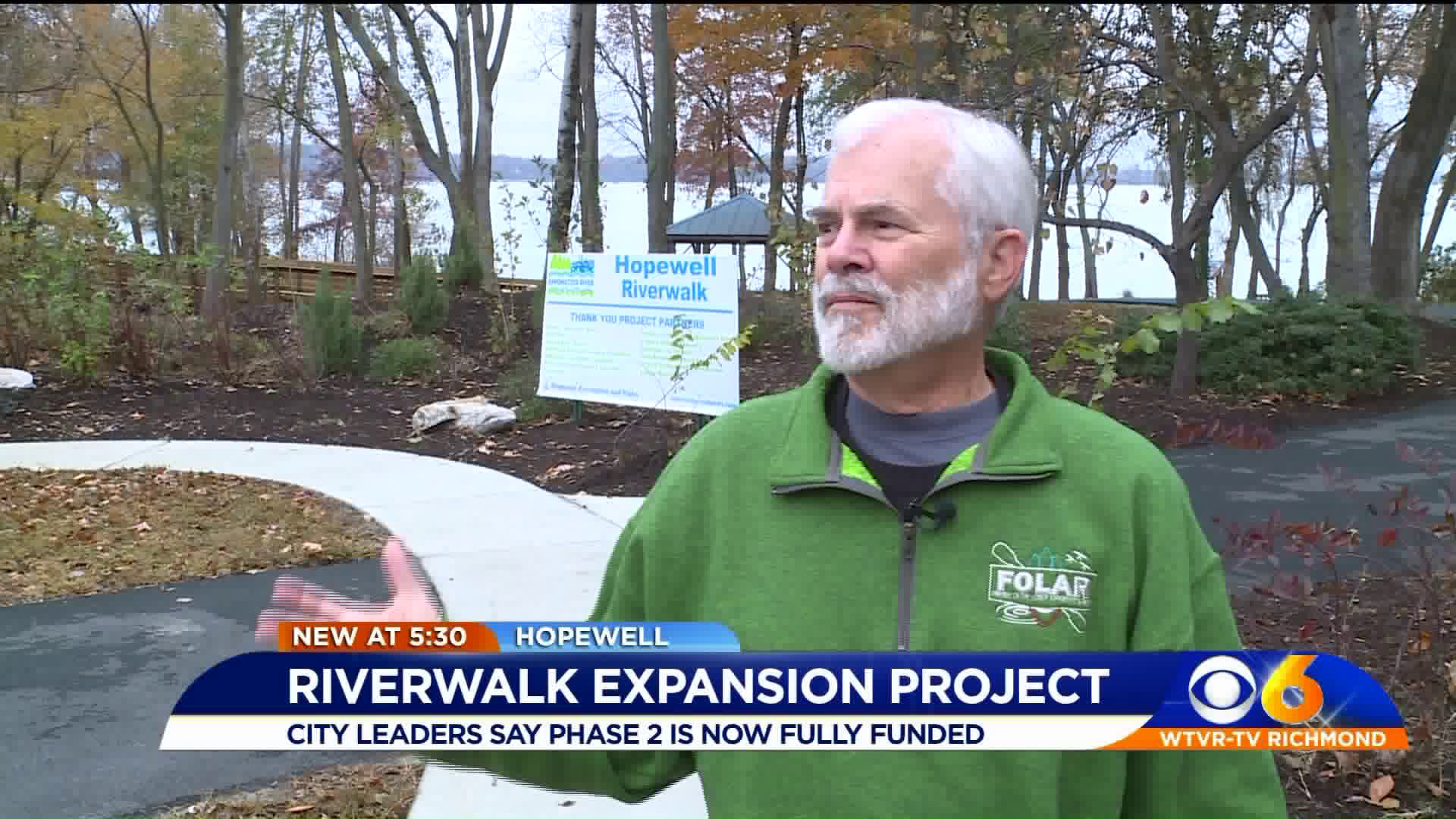 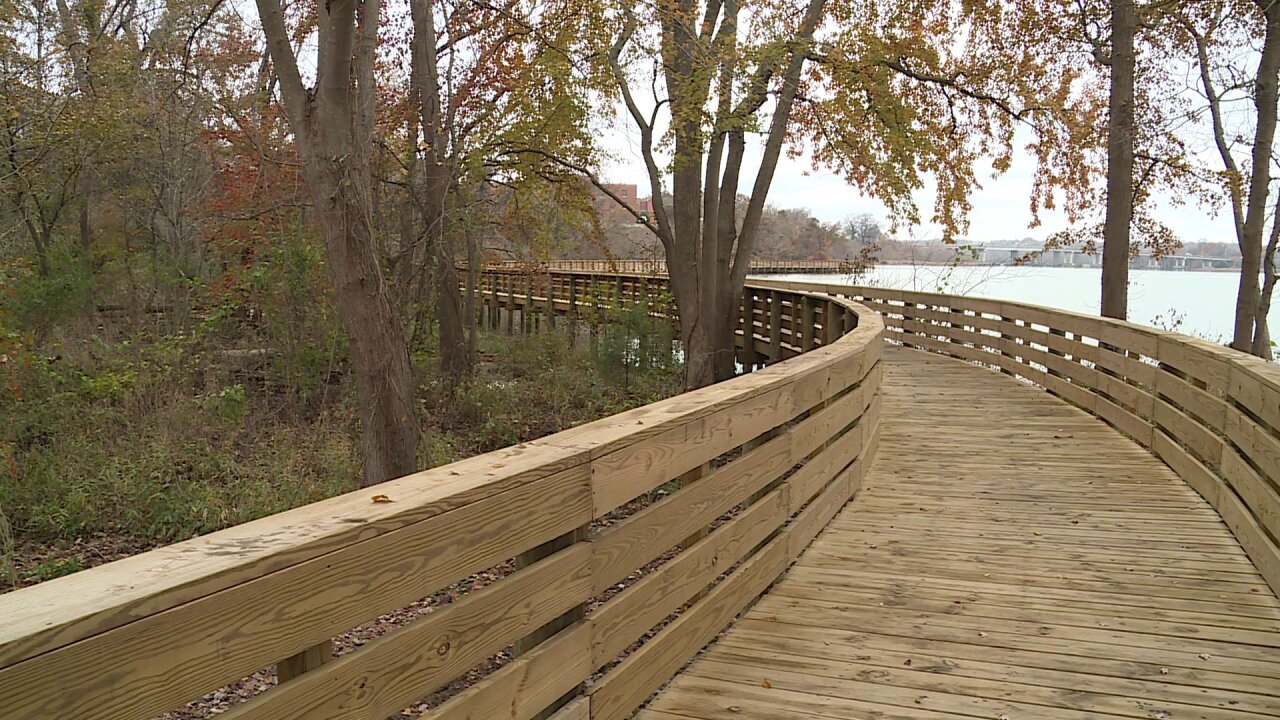 HOPEWELL, Va. -- Embracing two of the city's best attributes, the Appomattox and James Rivers, Hopewell is now moving forward to expand its Riverwalk.

"The river is beautiful," said Katherine Podlewski, as she was heading for her daily walk.

She chooses the new Riverwalk because of its proximity to nature.

"I think it's especially important for people in Hopewell to have nature because we are a heavy industrial city," Podlewski added.

Phase one opened about a year ago and already more than 350 people are estimated to use it every day.

"You couldn't see the river from where we are standing now," said Wayne Walton with Friends of the Lower Appomattox River (FOLAR). FOLAR was an important part of getting the Riverwalk built.

"The riverwalk is elevated, wooden boardwalk, built with pilings and wooden decking. It's 1736 feet long in phase one. Once phase two is done, it will be a little closer to 3000 linear feet total," said Aaron Reidmiller, Director of Recreation and Parks for Hopewell.

Phase 2 though, will be different from Phase 1 when it comes to financing, according to Reidmiller.

"We're fortunate to receive a Recreational Trail's Program Grant from the Department of Conservation and Recreation, so those are state dollars coming in to fund the entirety of phase 2".

One issue though is two parcels of land privately owned by one family.

"We hope to negotiate with the family and purchase an easement to cross those two parcels to get all the way to the City Marina," said Reidmiller.

With the use of the Riverwalk growing, the completion of phase 2 is expected to bring even more people to the Riverwalk.