RICHMOND, Va. – A Nest doorbell camera captured a driver swerve into a parked car in South Richmond Tuesday morning, sending one person to the hospital.

The incident occurred in the 1200 block of Bainbridge Street in the Manchester neighborhood at approximately 8:44 a.m.

A man was traveling westbound on Bainbridge Street when he stopped at a stop sign.

That’s when police say a woman in a car at the intersection of West 13th Street advanced her vehicle into the roadway and collided with the westbound vehicle. 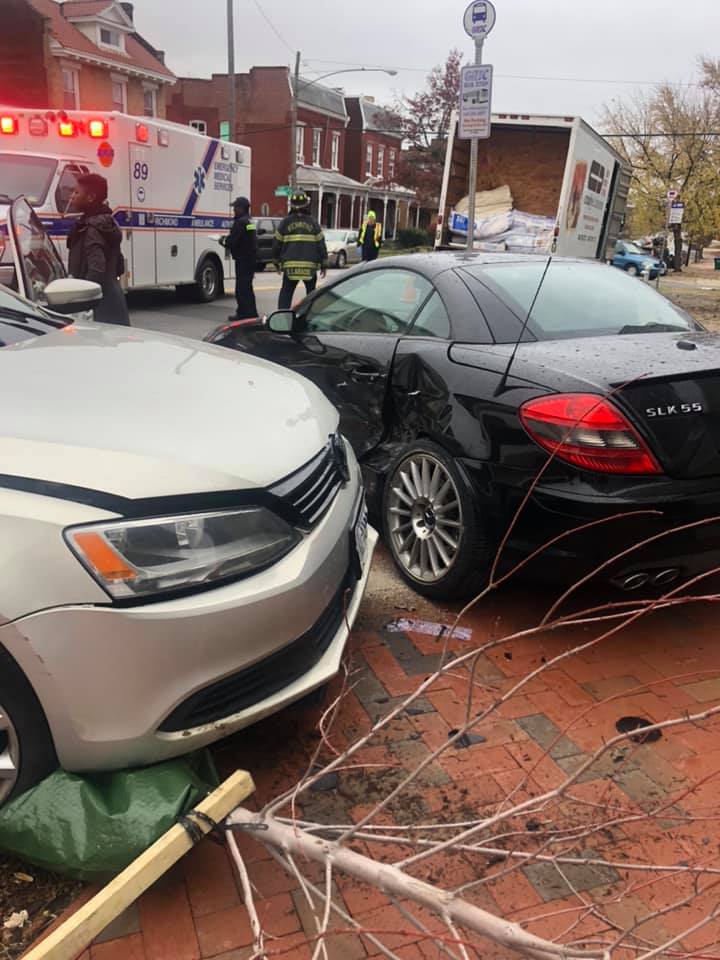 That caused the westbound vehicle to swerve and collide with a parked Mercedes nearby.

In the video, you can hear the car skidding before it swerves into the parked car.

The male driver was transported to the hospital for treatment.

The second driver was not injured. She was charged with failure to yield.