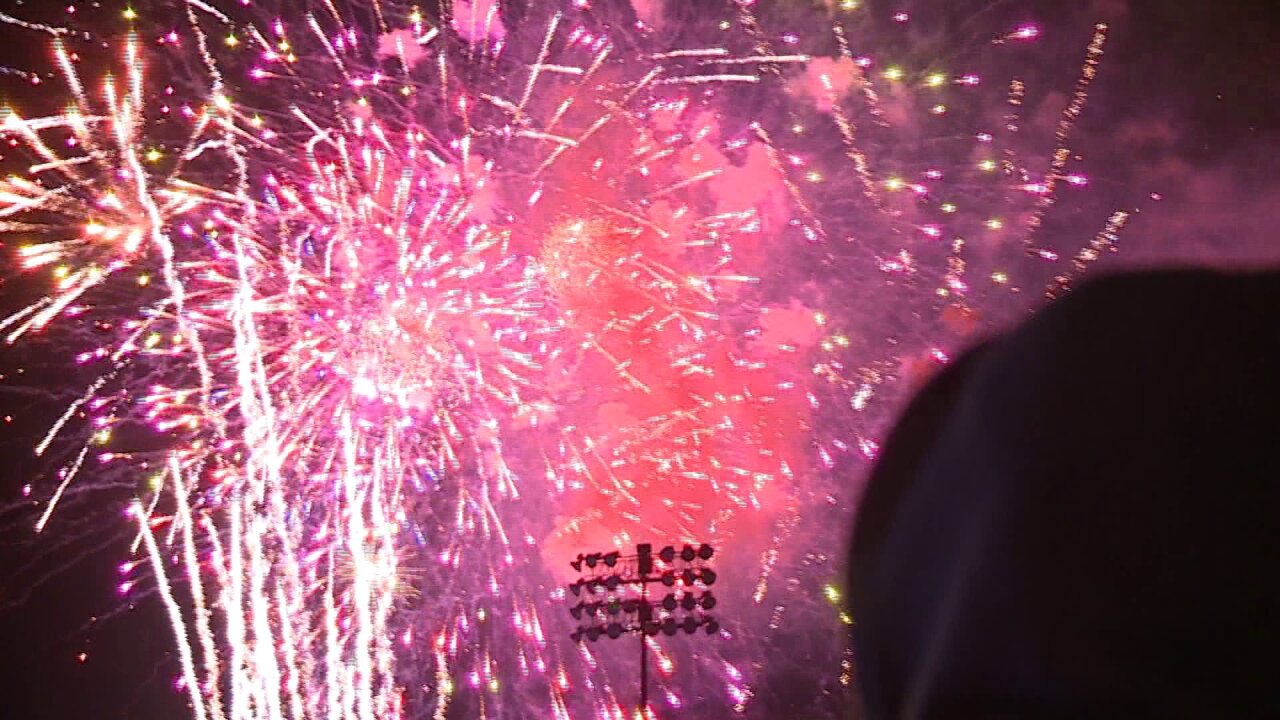 RICHMOND, Va. -- The Fireworks Spectacular at The Diamond, hosted by the Richmond Flying Squirrels and the Virginia Museum of History & Culture, featured a 15-minute choreographed fireworks show set to the music of “Hamilton.”

Tony award-winning actor Chris Jackson, who starred in the role of George Washington in the original Broadway cast, took part in an interview for the crowd before the fireworks show.

“Hamilton” opens at the Altria Theater Tuesday night. The musical will be in Richmond through Dec. 8.