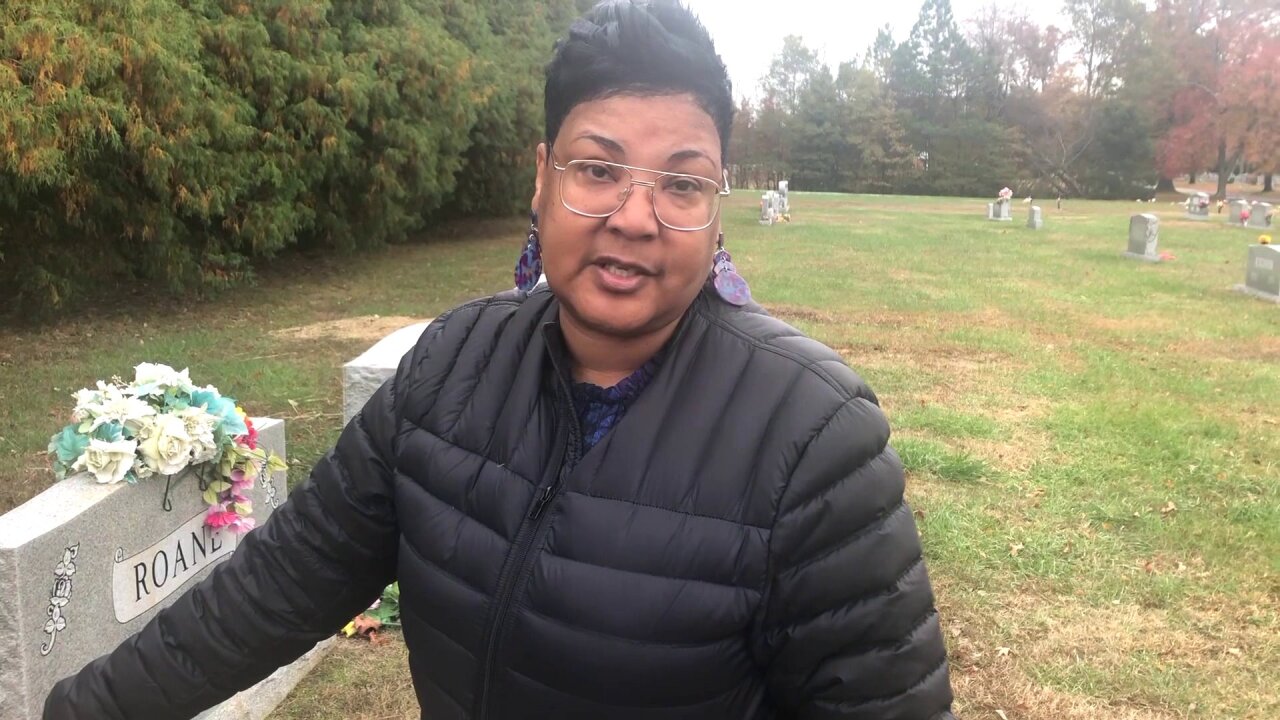 Williams said she paid more than $4,000 for her husband’s headstone. His name is engraved next to her information. It’s been that way for 13 years.

But this time, something was different.

When she stepped around to the other side of the grave, she saw someone else’s named etched on the backside of the headstone.

“I was flabbergasted,” said Williams.

It was the last thing Williams expected when she dropped by Forest Lawn Cemetery to put flowers on her husband’s grave on his birthday.

His headstone is now being shared with complete strangers.

“I couldn’t believe that someone was allowed to do that,” said Williams. “What happens should I re-marry or what if I want to take up my husband’s stone and move him? How would the person feel? How would that spouse feel?”

“During the time when I picked out this headstone, I worked with Irving Fleming III and upon my third visit here in speaking to the general manager, she said she couldn’t go by what he said because he is no longer here," she said.

She said they reviewed Williams’ contract which indicates she purchased a shared monument, which does allow them to sell the space on the back of the headstone to another family. Something the spokesperson called not uncommon at the cemetery.

Unable to explain or confirm whether Williams was given incorrect information, the spokesperson said they do value Williams as a customer and want to rectify the situation.

The vice president of operations said he would reach out to Williams and schedule a meeting to come up with a resolution.

Williams said she believed, at the very least, if Forest Lawn Cemetery won’t replace her husband`s headstone, she would at least like to be compensated.