Richmond area has some of the worst mail delivery in the country, data shows 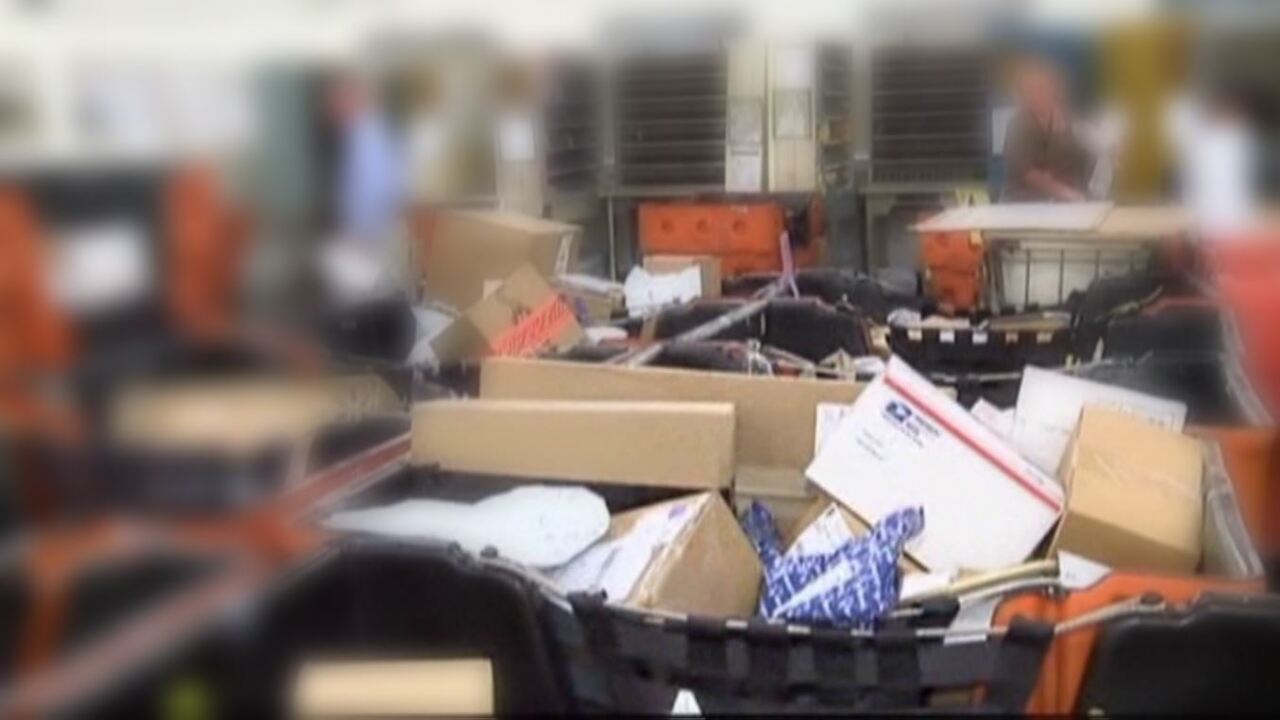 RICHMOND, Va. — Rachel Westfall, who lives in Richmond’s Jackson Ward neighborhood, says her mail service has always been hit or miss. But since April, there have been a lot more misses.

“My personal property tax check apparently never made it to City Hall, even though I mailed it at the beginning of April, two months before the due date,” Westfall said.

Her complaint is a common one in the Richmond area, which has some of the worst mail delivery in the country, according to data from the U.S. Postal Service. Last spring, less than 84% of the region’s first-class mail was delivered on time. Only two service areas in the U.S. had a worse on-time delivery rate.

According to the Postal Service, single-piece first-class mail service is the least expensive and fastest option for mailing items such as postcards, letters and large flat envelopes. Delivery time is measured from the collection box drop point to delivery.

Every quarter, the service posts on its website data showing what percentage of first-class mail arrives on time in each of its service districts.

One measure looks at mail that is supposed to arrive within three to five days. On that metric, the Richmond area has been below the national average since the summer of 2017.

For example, between April and June of this year, 86.5% of the mail nationwide arrived on time, the latest quarterly performance report shows. But for the Richmond area, the figure was 83.8%. Only two service areas in the U.S. — both in New York City — had on-time delivery rates lower than Richmond’s rates.

The Richmond area’s worst quarter in recent years was October through December of 2018, when less than 66% of the mail that was supposed to be delivered in three to five days arrived on time. That was a difficult quarter throughout the country for the Postal Service: The nationwide on-time delivery rate for that period was just over 72%.

The Postal Service also measures on-time delivery for mail that ought to arrive in two days. On that yardstick, too, the Richmond area is usually below the national average.

Between April and June, for example, about 92% of two-day mail in the Richmond area arrived on time, the Postal Service’s data showed. Nationwide, the figure was about 94%.

The Postal Service’s target is to deliver 96.5% of two-day mail and 95.3% of three- to five-day mail to arrive on time. The service set those targets in 2014 but has never met them.

The Postal Service’s media relations staff did not respond to several requests for comment about the performance data.

Mail delivery depends on several factors. Mistakes during sorting can occur at the post office by machines or clerks. Moreover, mail carriers may have more than 1,000 addresses per route.

On social networks such as Nextdoor.com, many Richmond-area residents have complained about poor mail service.

“We constantly get mail in our box with someone else’s address on it — several times a week. A few months ago, I even got some poor person’s medication delivered to me by mistake. I had to carry it several blocks to the proper recipient,” a resident of Richmond’s Highland Park neighborhood commented on Nextdoor.com.

Another said, “I have missing mail every month. This has been a problem for several years. I have called and wrote the Postal Service with no resolution. This has caused me anxiety.”

Such complaints became so prevalent that U.S. Rep. A. Donald McEachin of Richmond held a town hall meeting with his constituents about the issue last spring.

“The constituents of the 4th Congressional District deserve reliable and predictable mail delivery. They deserve the best quality service, and right now that is not happening,” McEachin said in a press release in April.

Westfall, a private music teacher in Richmond, said she tried reaching out to her local post office about her missing tax-payment check to City Hall. But she said she was unable to speak with someone who could resolve the issue.

Eventually, Westfall said, she was told to fill out a “missing mail” form on the Postal Service’s website. She said she experienced error messages and technical difficulties on the site and couldn’t find a technical support number to help her.

After resubmitting her request for three weeks, she received a confirmation email that her request had been submitted. Claims remain active for seven days and then are deleted.

Westfall’s lost check appeared at the end of July. She knew the check resurfaced only because she had put a stop payment on the missing check and was notified by her bank that someone had tried to process it.

Westfall said no one from the Postal Service ever contacted her about the missing mail.