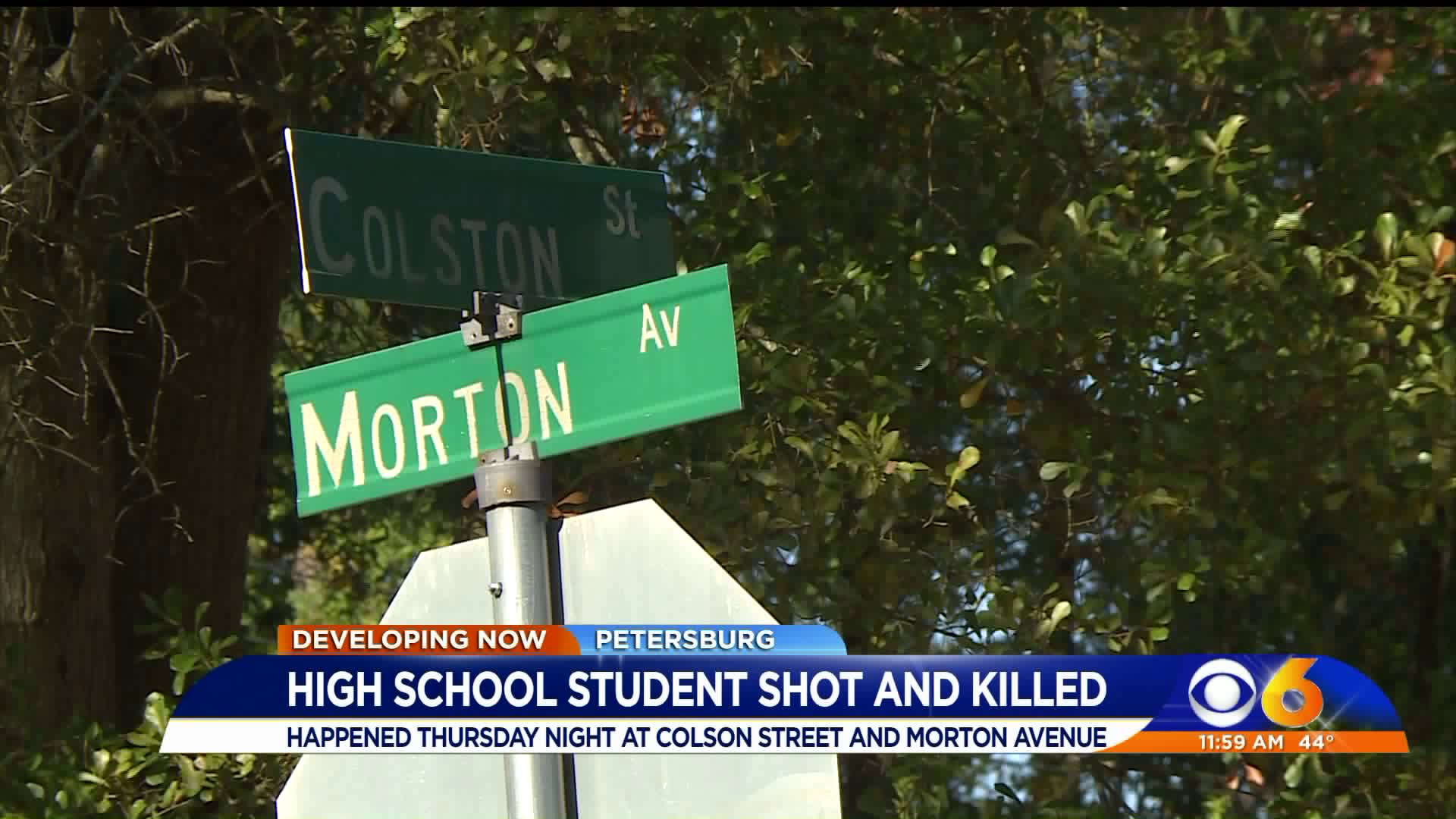 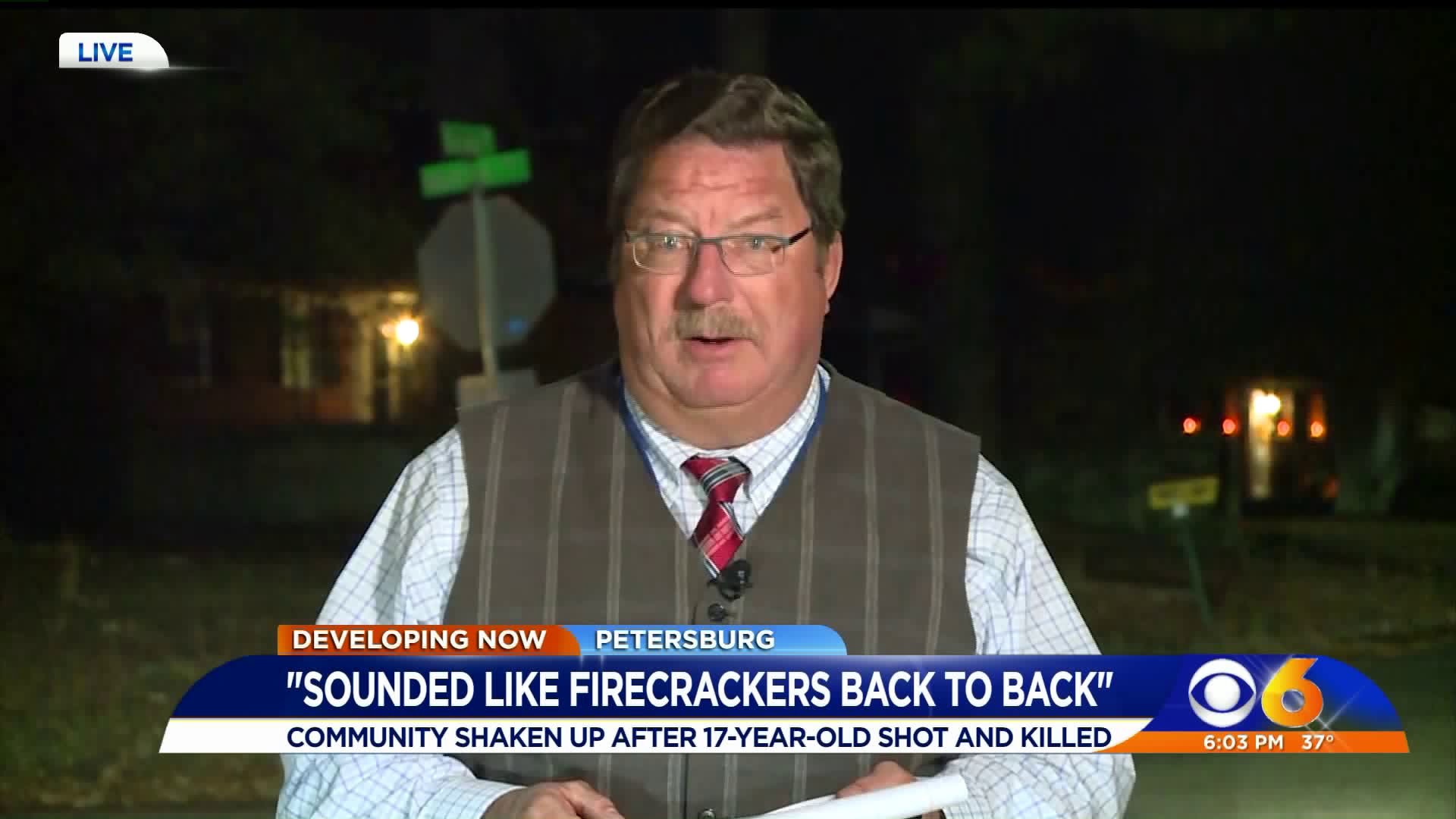 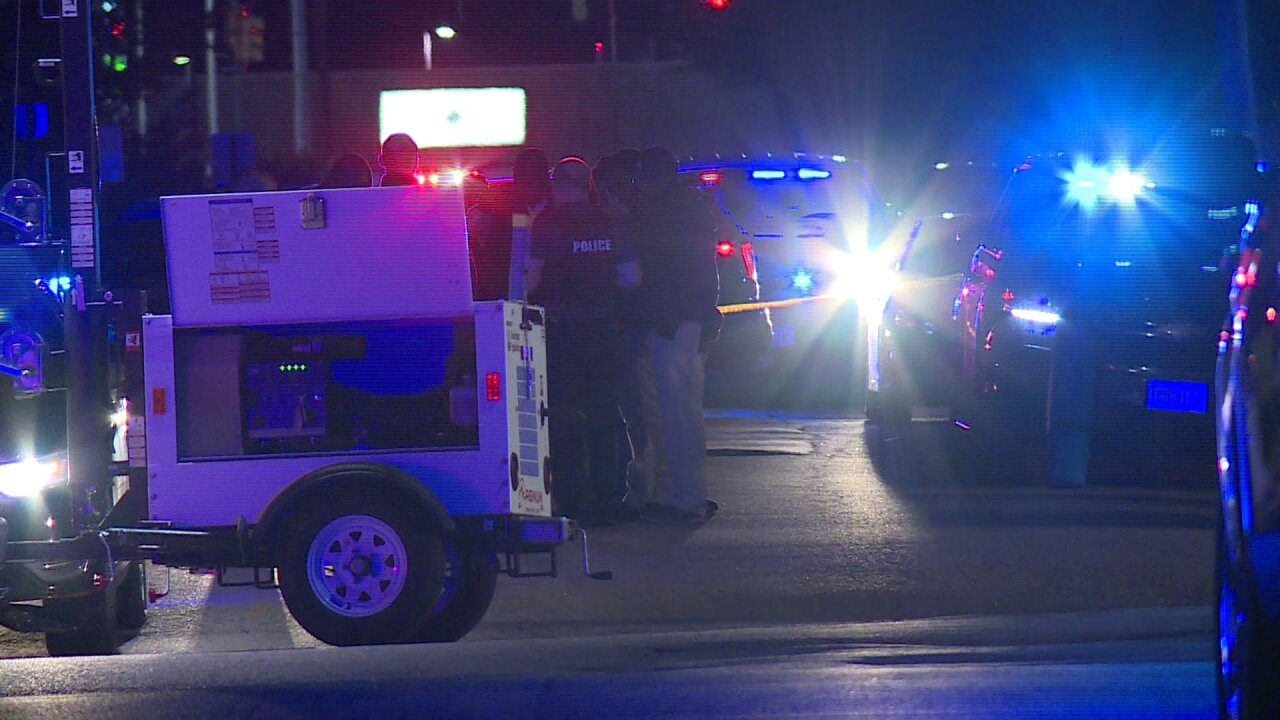 Police responded to the intersection of Colston Street and Morton Avenue around 8 p.m. where they discovered 17-year-old De'shone Taylor-Brown deceased from gunshot wounds.

"Just sounded like firecrackers back to back, 'pow, pow, pow,' said neighbor, Ben Thorpe, who heard the gunshots from inside his home.

Other neighbors like Lindsay Gray said they couldn't get to their homes for hours due to crime scene tape and police, blocking roadways.

"They had K-9s out here on this block," said Gray. "People were turning around, there were on-lookers standing on both sides, so I didn’t even want to know what it was. I just turned and got out of there."

Taylor-Brown had just become a student at Petersburg High School, according to a school spokesperson. That spokesperson said counseling is being offered for students and teachers who need it.

Thorpe said he knew the teen's family and grew up with his grandfather.

If you have any information, please contact the Petersburg/Dinwiddie Crime Solvers at (804)861-1212 or by downloading the P3tips App or by going to P3tips.com.