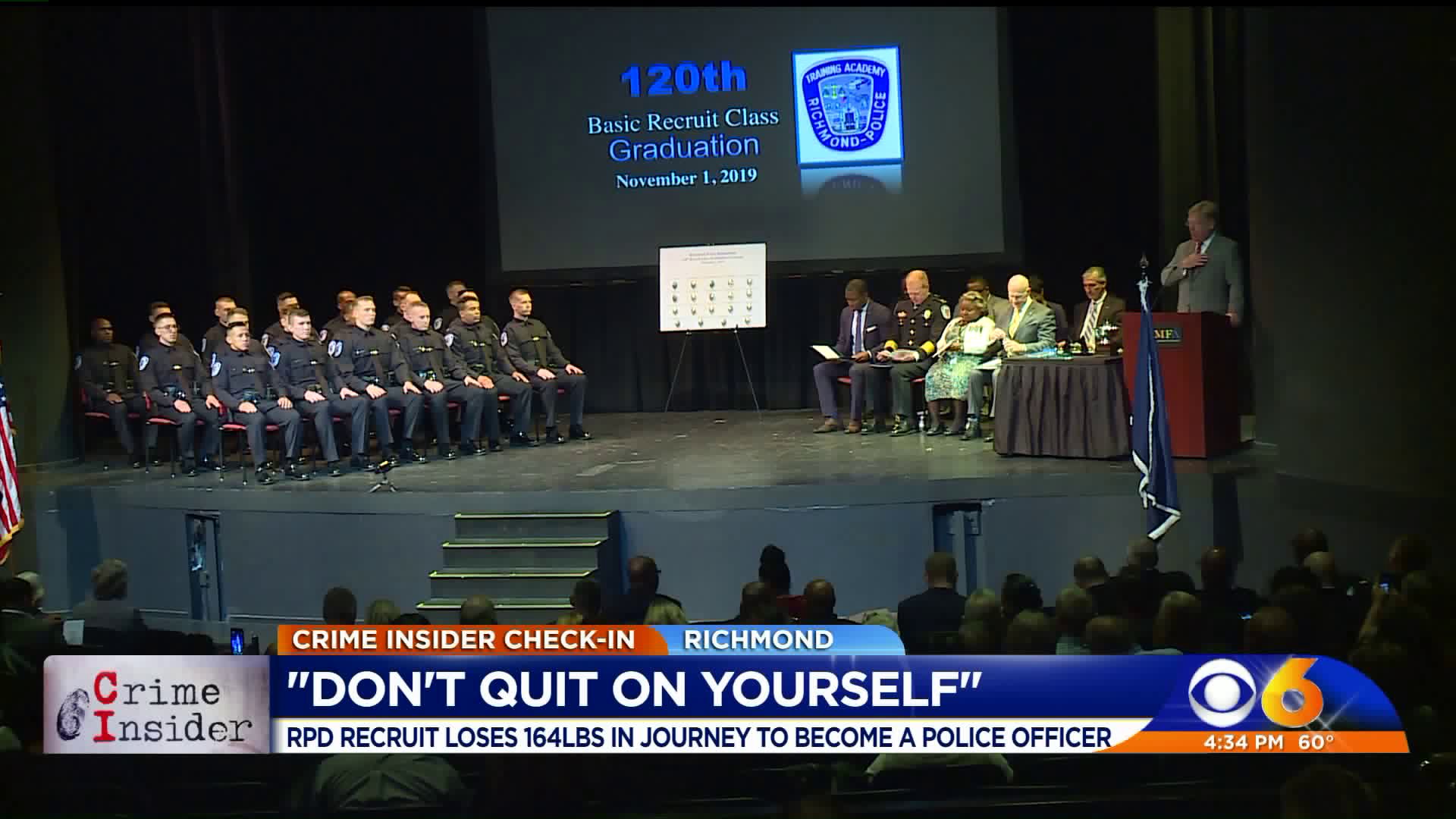 Romar Lyle says he always knew he wanted to be in law enforcement, but he also knew he couldn’t achieve his dream unless he made some major life changes. 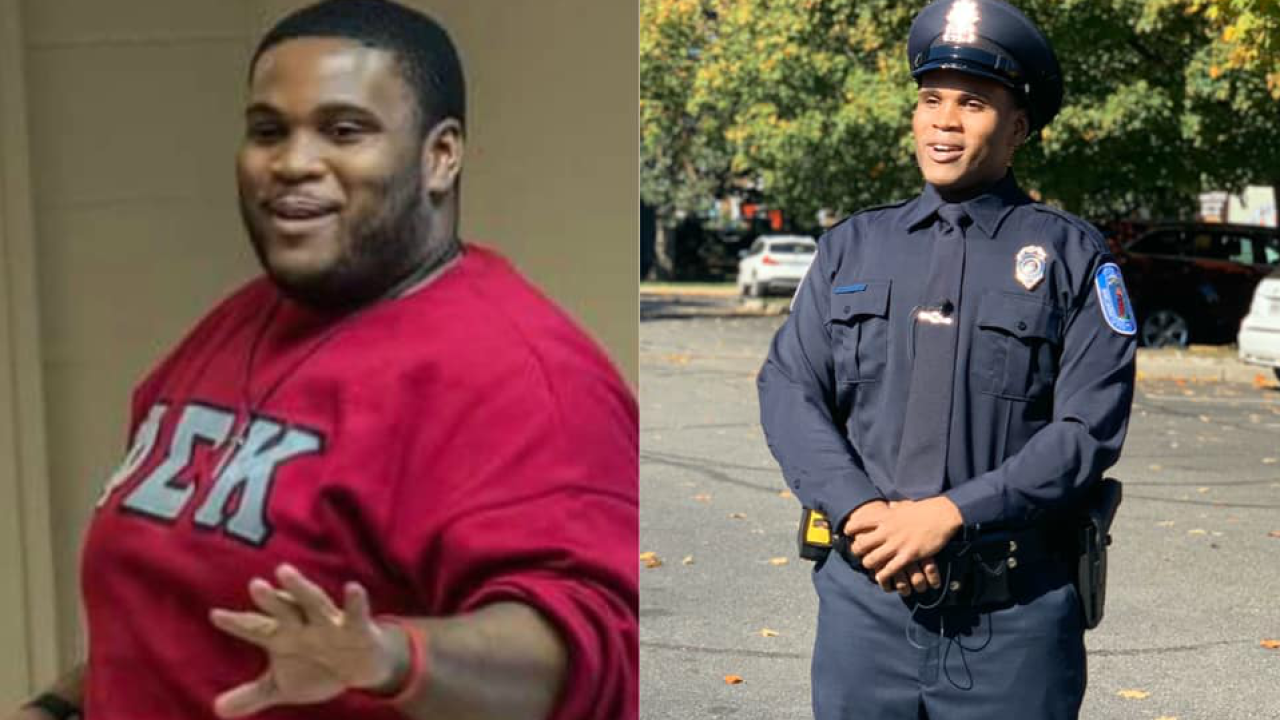 RICHMOND, Va. -- Romar Lyle says he always knew he wanted to be in law enforcement, but he also knew he couldn’t achieve his dream unless he made some major life changes.

"I got a degree in investigative forensics and it was just so hard to find jobs and kind of figure out what I wanted to be, but at that time I was around 400 pounds."

Lyle says at his heaviest, he weighed a little over 400lbs.

“If I wanted to work in this field, I had to keep working on my health and fitness,” said Lyle.

Lyle was introduced to CrossFit while in graduate school. That combined with a healthier diet, helped him drop more than 100 pounds.

For three years he's been putting in the work to get hired to serve a community.

Last week, Lyle was one of 19 men who graduated from the 120th Basic Recruit Class.

"I tried applying to places, but I had to work on getting my run times down and getting my weight down. By the second year, I lost about 130 pounds. then I came to the academy. With hard training and hard work, I've lost another 34 pounds."

Lyle says he was committed to showing RPDs training staff that they made the right choice.

“It was one of the most challenging things I have ever had to do but it has taught me so many life skills and valuable lessons that I will carry for the rest of my life,” said Lyle. “I wake up every day smiling because when I think back on all the things I have done to get here; it reminds me that anything is possible.”

Lyle’s remarkable transformation has already had a significant impact on his colleagues and those around him.

“On graduation day, one of the recruits came to me and told me that I was an inspiration to him and that’s what helped him push through the academy. Their words of support kept me strong. I knew that I had to finish not only for myself but for the people that believed in me,” he said.

So much that it has hit him in the wallet because he must keep buying smaller uniforms, a problem he says he doesn't mind having.

"Don't quit on yourself. Know that if you really want to do something, just set your heart to it. Surround yourself with people who will support you, family and friends, and just remember that as long as you believe in yourself, no one can tell you who you are."

Lyle will start his field training at the Third Precinct soon. He says he has about 24 more pounds to go until he meets his goal weight.