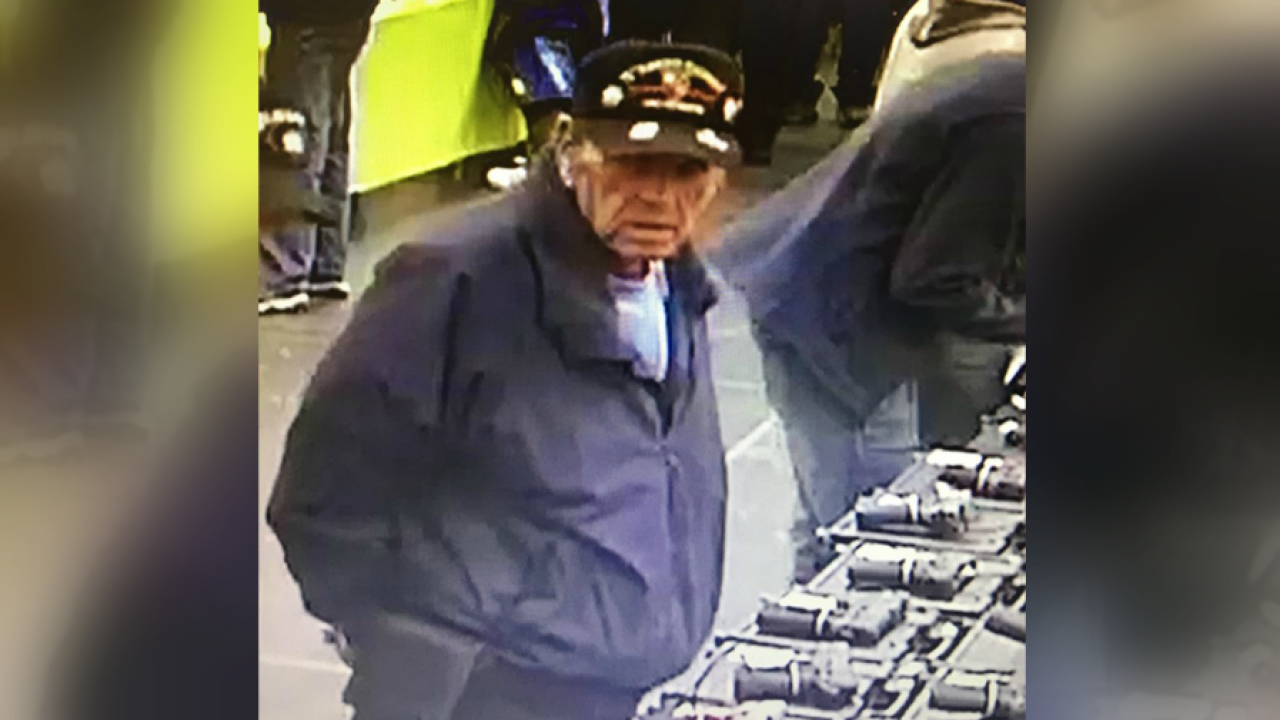 VIRGINIA BEACH, Va. – Virginia State Police is asking for the public’s help in identifying a male suspect that was possibly involved in the theft of a firearm.

On February 4, 2018, Virginia State Police was called to the Virginia Beach Convention Center that was hosting a gun show, according to WTKR.

A local vendor had several antique firearms displayed at his table. After helping customers, the owner noticed one of his firearms was missing from the table. It was a World War II carbine, single bolt rifle, he said.

Upon review of surveillance videos, a white male was seen on video removing the firearm from the table while being assisted by another tall white male, according to VSP.

Police are looking for the male suspect in the picture provided and are seeking the public’s help in identifying the person.