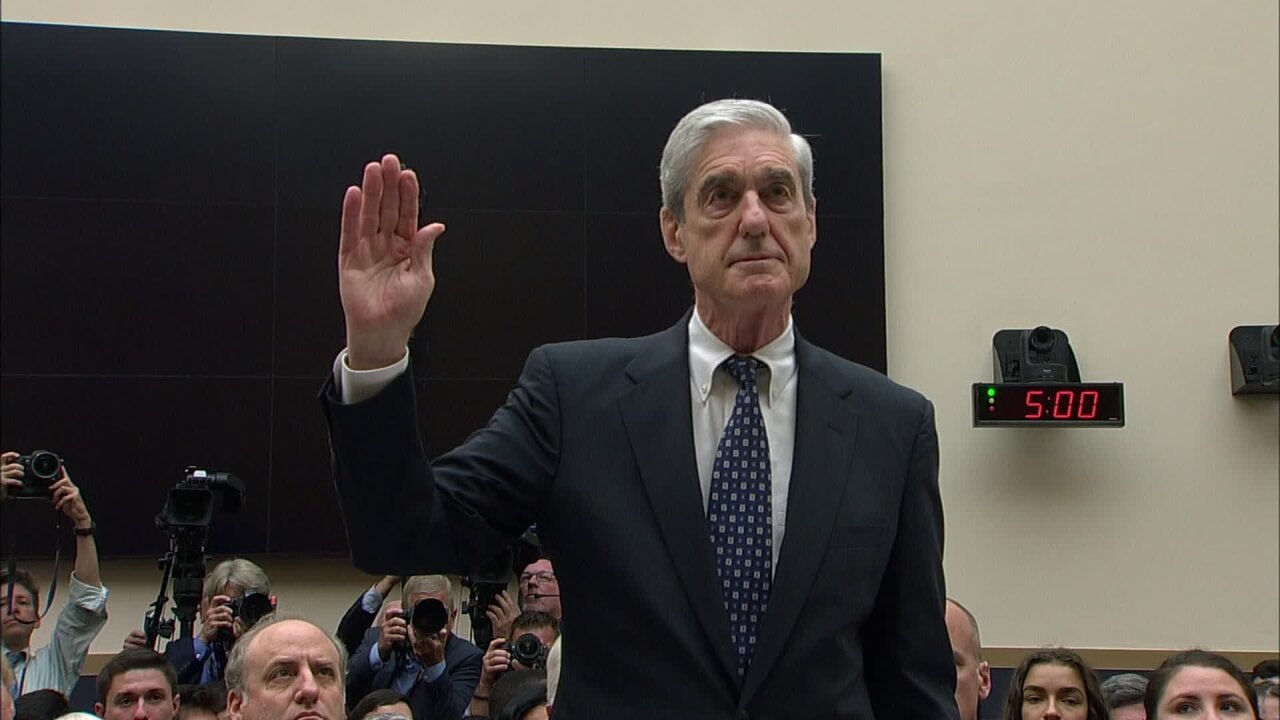 Former special counsel Robert Mueller was just sworn into the House Judiciary Committee. Lawmakers are expected to grill Mueller for three hours. Each members gets about five minutes to question Mueller.

President Donald Trump and other top 2016 Trump campaign officials repeatedly privately discussed how the campaign could get access to stolen Democratic emails WikiLeaks had in 2016, according to newly released interview notes from Robert Mueller‘s special counsel investigation.

CNN sued the Justice Department for access to Mueller’s witness interview notes, and this weekend’s release marks the first publicly available behind-the-scenes look at Mueller’s investigative work outside of court proceedings and the report itself. Per a judge’s order, the Justice Department will continue to release new tranches of the Mueller investigative notes monthly to CNN and Buzzfeed News, which also sued for them.

A retelling of events from former Trump deputy campaign chairman Rick Gates, who served alongside campaign chairman Paul Manafort, is the fullest detail revealed by the Justice Department yet on discussions within the Trump campaign as it pursued damaging information about its Democratic opponent Hillary Clinton. The documents were stolen by the Russians, the American intelligence community has found.

“[Rick] Gates recalled a time on the campaign aircraft when candidate Trump said, ‘get the emails.’ [Michael] Flynn said he could use his intelligence sources to obtain the emails,” investigators wrote in a summary of Gates’ April 2018 interview with Mueller’s team. Flynn was a foreign policy adviser on the campaign and became Trump’s first national security adviser.

“Flynn had the most Russia contacts of anyone on the campaign and was in the best position to ask for the emails if they were out there,” the investigators also wrote about Gates’ interview.

Gates described in an interview with Mueller investigators last year how several close advisers to Trump, Trump’s family members and Trump himself considered how to get the stolen documents and pushed the effort, according to investigators’ summary.

Previously, Mueller wrote in his report on Russian interference in the 2016 election that Trump’s campaign showed interest in the hacked documents WikiLeaks had in summer and fall 2016. But many of the details are still redacted in the Mueller report, leaving holes in the story that the release to CNN somewhat fills in.

The release, received by CNN on Saturday, includes 274 pages of Mueller team interview notes, emails and other documents related to the cooperation of Gates, former top campaign official Steve Bannon and former Trump personal attorney Michael Cohen. Both Cohen and Gates pleaded guilty to criminal charges from Mueller. Bannon was not charged with any crime.

Bannon told the special counsel’s office how Trump took interest in finding the 33,000 missing Hillary Clinton emails that she said she had erased from her private server, according to the documents. Neither Bannon nor Gates said they knew the Russians had stolen the Democratic documents, but believed foreign nationals had done the hacks.

Trump had asked publicly for Russia to find the missing emails when he spoke at a campaign rally in 2016.

Fox News host Sean Hannity also makes several appearances in the interview notes, fleshing out just how entwined the primetime TV personality had become with the Trump political operation in 2016.

Manafort, according to the released documents, also emailed Trump’s son-in-law Jared Kushner and others three days before the 2016 presidential election, saying Manafort had briefed Hannity.

Hannity was previously named in federal court during a proceeding about Cohen as one of Cohen’s three legal clients. He also texted with Manafort following Manafort’s arrest in October 2017.

Large parts of the interview notes are still redacted by the Justice Department.