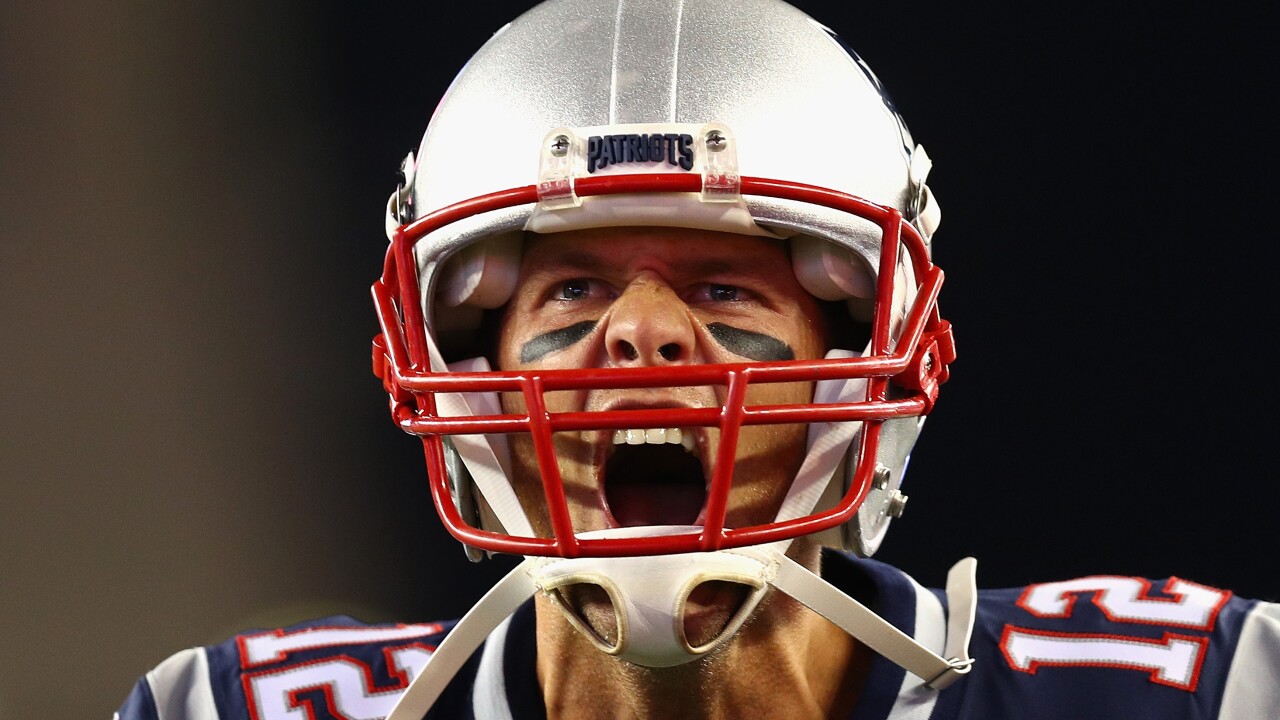 Tom Brady #12 of the New England Patriots yells as he runs onto the field before the game against the Kansas City Chiefs at Gillette Stadium on September 7, 2017 in Foxboro, Massachusetts. (Photo by Maddie Meyer/Getty Images)

If Tom Brady, 42, can play football at a high level until he hits 45, it may be further proof that he is superhuman.

The New England Patriots quarterback made his weekly appearance on Jim Gray’s radio show on Westwood One, and he reiterated his desire to play until he hits 45.

“Yeah, I certainly hope so,” Brady told Gray when asked if he wants to play until he’s 45. “You’re right, I have expressed that. A lot of times, I think it is important for athletes to have short-term goals and long-term goals. I have set that number for a long time, and I work pretty hard at it every day. I think that part of me being a professional, giving my best to the team, is making sure my body is in great condition, that I am able to take the field. I take a lot of pride in that.

“A lot of it is, I am not a robot out there. It’s a lot of time and energy, and I enjoy putting my time and energy in those places and taking care of myself. Hopefully, to afford myself the ability to play as long as I want to play. I also really love the sport and I enjoy playing. So, not many things have changed on that front.”

Despite the questionable science advocated by his controversial trainer, Alex Guerrero — according to the FTC, Guerrero once claimed his products could cure cancer and obesity — he must be doing something right with Brady.

Brady has appeared in nine Super Bowls and won six of them, the most recent being last year. Brady has won four Super Bowl MVP awards and three NFL MVP awards, and he is the oldest player to have won either award.

The Patriots are undefeated with an 8-0 record and are once again the favorites to win the Super Bowl. At this rate, it would not be the least bit surprising if Brady continues his pace and keeps the Patriots in contention for a few more seasons.