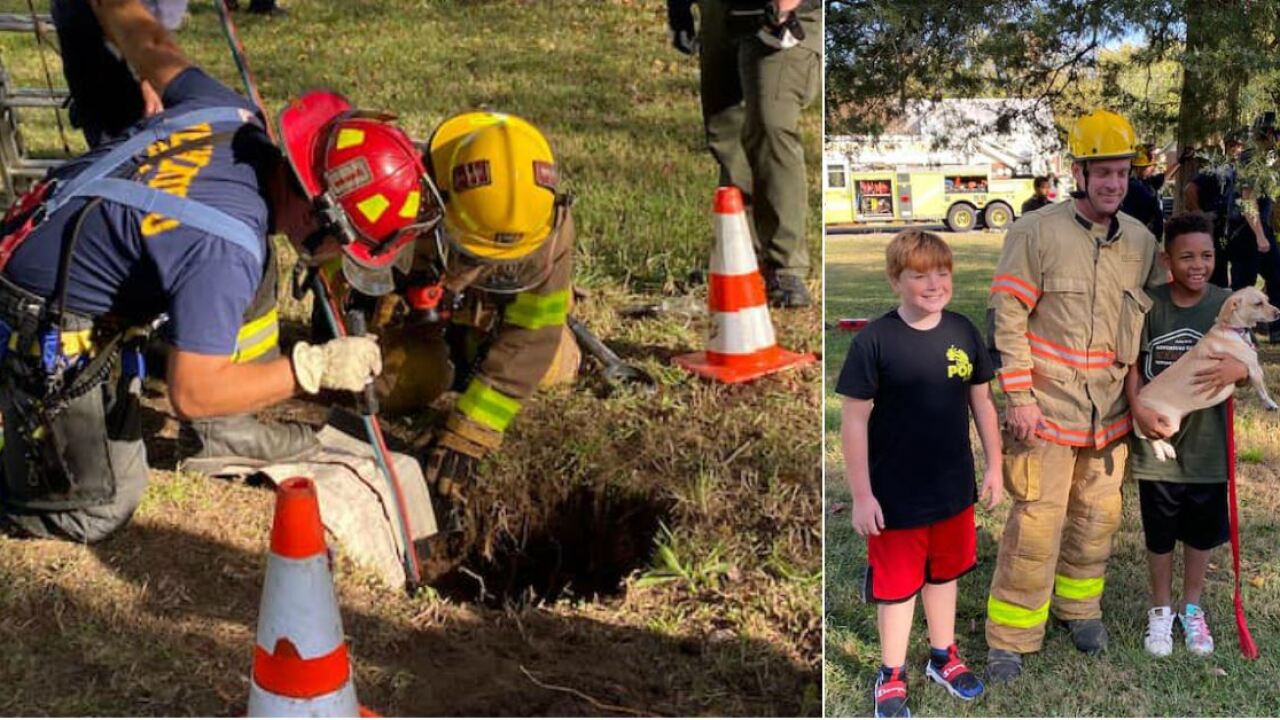 HENRICO COUNTY, Va. — Fire crews rescued a dog that had fallen into a well in Henrico County.

“The well was dry and old, possibly had been covered over at some point, most of the well was covered over with soil, brick and stone,” the post read. “Crews had to enlarge the opening using caution not to drop debris on to the dog which was approx 20’ down. An elevated point for the rope was set up in a tree and a rescuer was lowered into the hole, the dog was small and calm, a quick change over of rope system and both rescuer and dog were brought up.”

Photos taken after the rescue showed the dog reunited with its owners.