A Mississippi woman missing for days is found after she spelled out S.O.S. with rocks 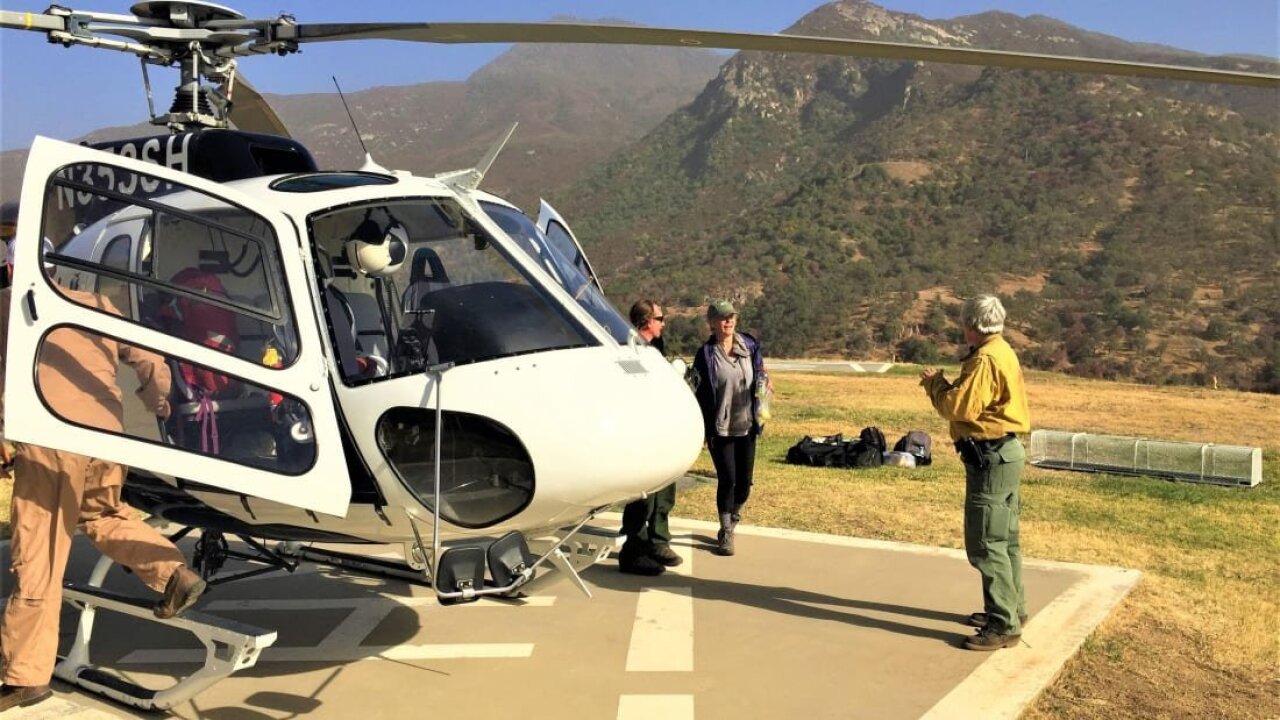 Mrs. Gomez and Helitack team land at Helibase. “S.O.S” spelled out with rocks saved a woman missing in a national park for days, according to a release from the National Park Service.

“S.O.S” spelled out with rocks saved a woman missing in a national park for days, according to the National Park Service.

Gomez was in California’s Bay Area from Mississippi on assignment as a traveling nurse. On October 23, her day off, she visited Kings Canyon National Park, and the next day she texted her daughter pictures of the scenery, the release said.

But she missed her shift Friday, prompting her family to report her missing to the San Francisco Police Department.

A search began, with park officials placing her in the Giant Forest of Sequoia National Park on Saturday morning, according to the release. Search teams, search dogs and aircraft took part in the effort.

Then on Monday, a California Air National Guard aircraft spotted the message spelled out with rocks on the ground. Teams on foot were able to track down Gomez about three and a half miles from her vehicle over steep and rocky terrain.

She was “cold, thirsty and hungry, but in otherwise good health,” the release said.

She’s in contact with her family again and will be reunited shortly.