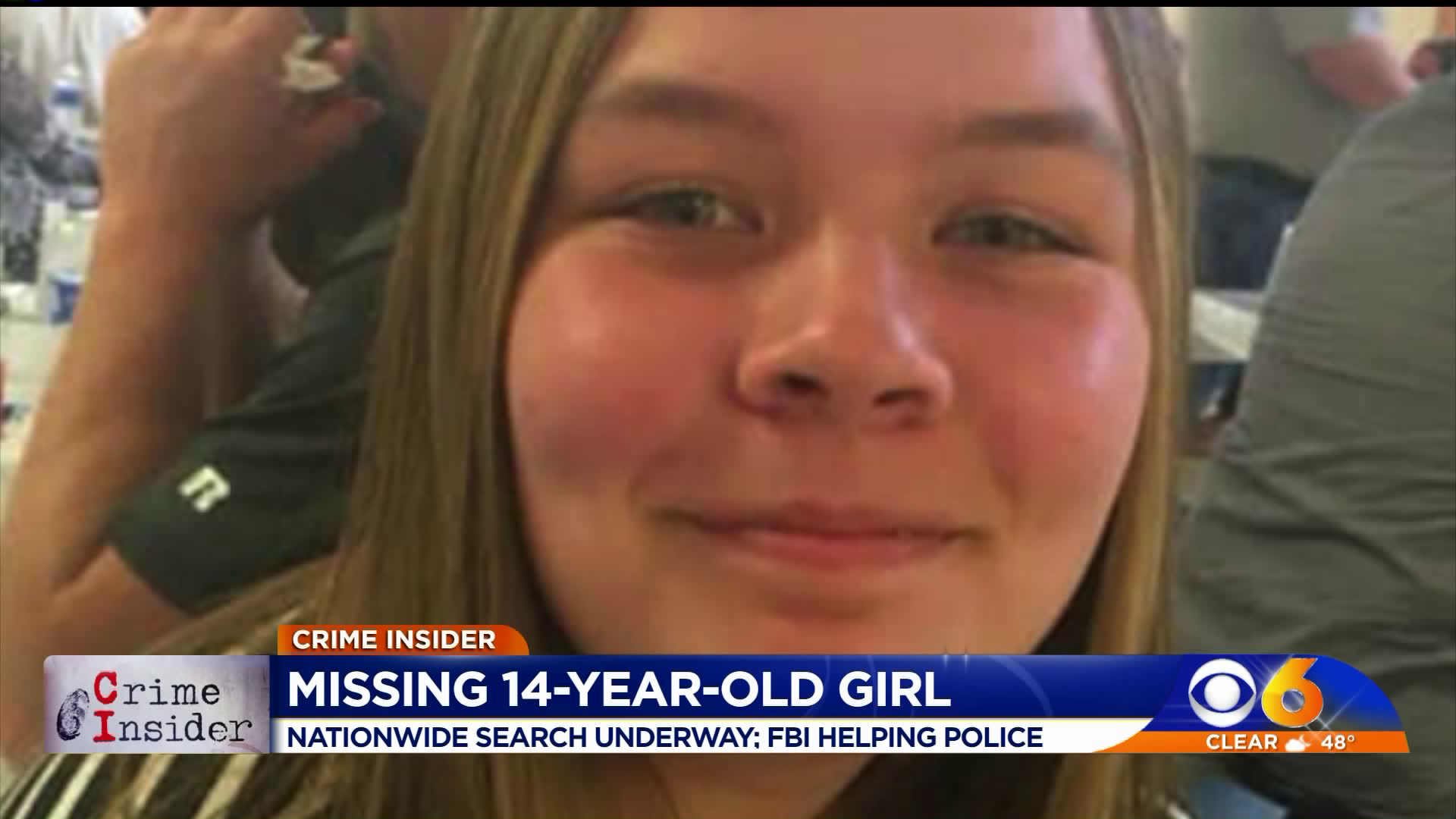 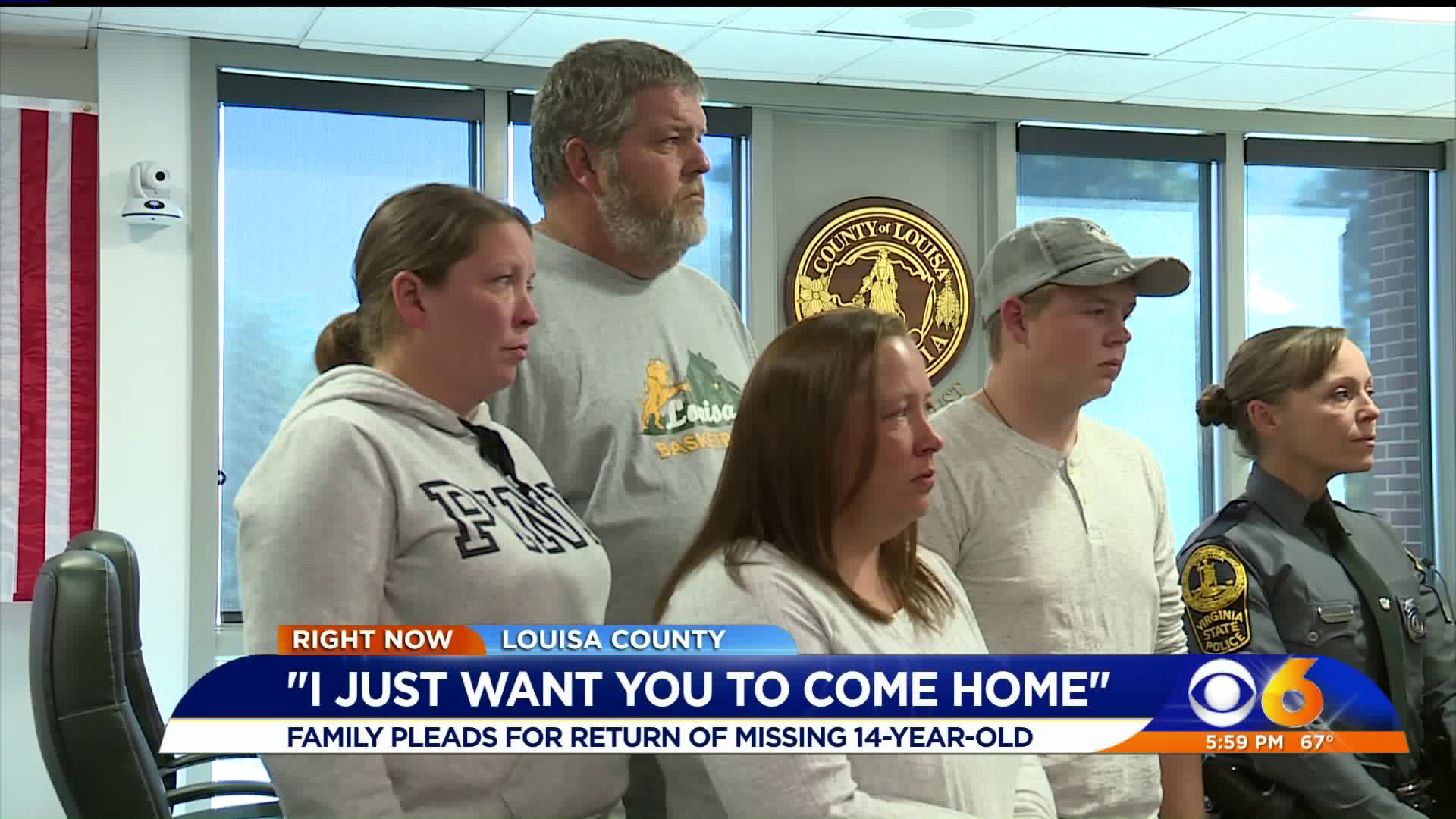 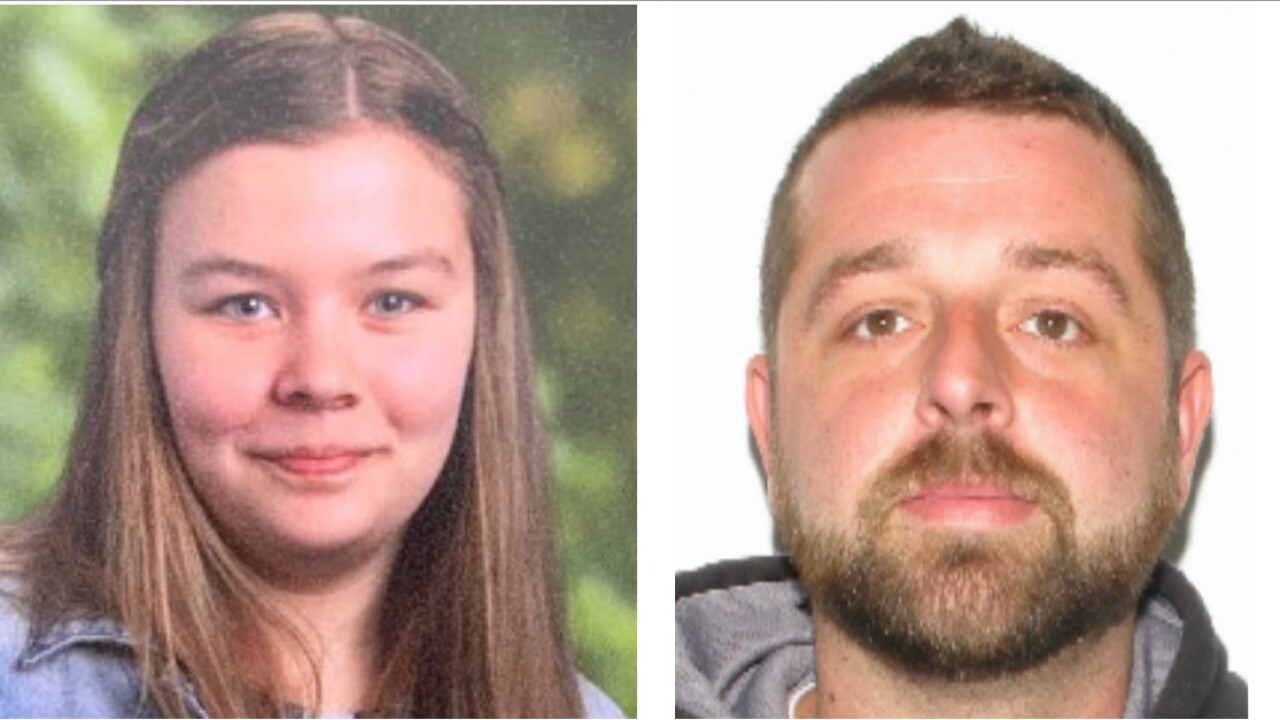 LOUISA COUNTY, Va. -- An Amber Alert has been issued for a missing 14-year-old Louisa County who vanished earlier this week officials believe is in "extreme danger."

The alert was issued Friday by Virginia State Police and the Virginia Missing Children Clearinghouse.

State police said Isabel Shae Hicks, who was last seen Monday at 1 a.m. in her Louisa home, is "believed to be in extreme danger."

The teen is believed to have been abducted by Bruce William Lynch Jr. On Friday, The Louisa County Sheriff's Office obtained a warrant for felony abduction.

Lynch is described as a white male, 5 feet 11 inches and weighing 195 pounds. He has brown hair and brown eyes. He has cross tattoos on both upper arms as well as a "Bruce" tattooed on the top of his back, according to officials.

"Suspect believed to be armed and dangerous in possession of a 9MM handgun," state police said. "Suspect had recent suicidal ideations."

Hicks is described as a white juvenile, 4 feet 11 inches tall and weighing 120 pounds. She has long, straight blonde hair and blue eyes, according to officials.

Officials said both of her ears pierced and that she has a birth mark on inside of her right leg.

State police said the pair are likely traveling in a 2003 Toyota Matrix blue/silver in color with Virginia tags: VEM9071. However, troopers said Lynch may have switched Virginia tags: UXW3614 or 249-9UT.

Officials said they may have traveled out of state and are staying in areas where they could camp.

If you spot either Lynch or Isabel – do not approach them – contact law enforcement immediately, officials warned earlier this week.

Lynch is Hicks' mother’s ex-boyfriend, who had been living in the family’s home until when he was kicked out about a month ago, according to Crime Insider sources.

Additionally, those sources do not believe Hicks was taken against her will.

FBI agents urged the public Thursday to help in the nationwide search for Hicks, who was last seen Monday at 1 a.m. in her Louisa home, according to Louisa County Sheriff's officials.

Chief Deputy Maj. Donald Lowe said during a news conference Thursday that investigators alerted the FBI about the case Monday.

"Very early on, we realized this was more than what it actually looked to be," Lowe said.

Agencies have been working "nonstop, 24-7" since Hicks disappeared, Lowe said.

David Johnson, Acting Assistant Special Agent in Charge with the Richmond Division of the FBI, said the agency has "dedicated numerous resources" to the case.

“Our office, including agents and analysts and other professional support persons, have been working nonstop since the initial investigation earlier this week.”

Johnson urged the public to be on the lookout, "share this information on your social media networks," and report any tips to law enforcement.

“No bit of information is insignificant in this investigation,” Johnson said.

Toyota Matrix similar to the one Lynch may be driving.

Missing teen's brother: 'I just need my best friend back'

Hicks' bother, Blake Saylor, had a message for his sister.

“I just want to say we miss you very much and we want you to come home,” Saylor said.  "Please just let us know you’re safe, however you can. I’m still your big brother and I’ll love you forever. I just need my best friend back.”

Hicks' mother, Cortney Lewis, fought back tears as she begged her daughter to reach out.

"We're not giving up," Lowe said. "We really want to see Isabel come back to her community and her family. We miss her. We’re concerned about her and our entire community loves her."