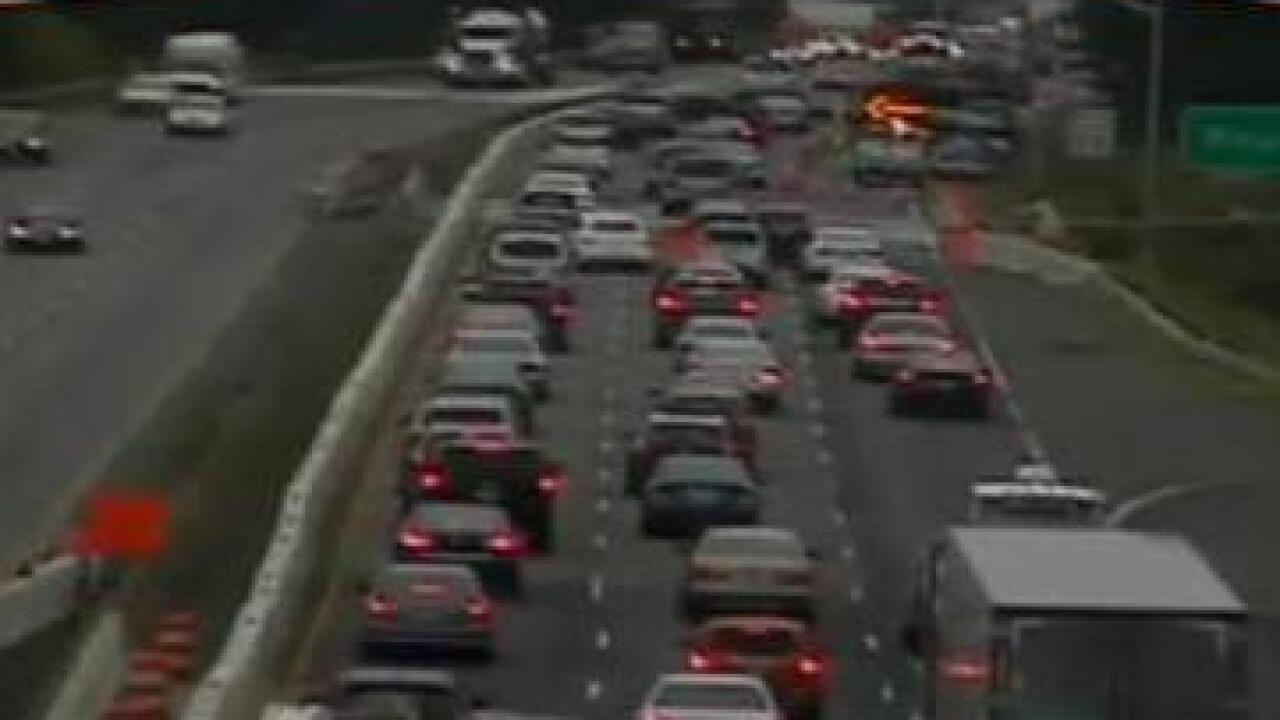 RICHMOND, Va. — When Richmond interstates slow to a snail’s pace on your commute, remember this consoling thought: Traffic is probably worse elsewhere.

On average, Richmond-area commuters spend a total of 35 hours in traffic delays a year, according to a recent study by the Texas A&M Transportation Institute. Sitting in traffic that long may sound bad, but it was the least lost time of any U.S. metro area with a population between 750,000 and 1.5 million, an analysis of the data showed.

In the Norfolk-Virginia Beach area, for example, the average commuter faced 46 hours of traffic delays in 2017, the institute reported. In the Charlotte, North Carolina, metro area, the number was 57 hours. In the Nashville, Tennessee, and New Orleans areas, commuters spent 58 hours a year sitting in traffic.

“The Virginia Department of Transportation is very proactive in operating their facilities,” David Schrank, a senior research scientist at the transportation institute, said.

“They put effort into incident management programs, clear crashes and vehicles that impede the roadway, and also work with the signal timing of streets. They put effort into operating facilities as optimally as possible, and that really helps with traffic times.”

That was the worst congestion on the East Coast.

The only U.S. metro areas with more traffic delays were in California: Commuters faced 103 hours of delays in the San Francisco-Oakland area and 119 hours in Los Angeles-Long Beach-Anaheim.

The problem is not just time, but money. The report estimated that because of wasted gasoline and other factors, traffic delays cost the average D.C.-area commuter $1,840 a year. For commuters in the Richmond area, the annual “cost of congestion” totaled $584.

As a general trend, congestion gets worse as population and the number of commuters increase. But that’s not always the case: In the Charlottesville area, with about 104,000 residents, commuters spent 43 hours in traffic delays.

Where are commuters likely to face the fewest delays in Virginia? In the Staunton-Waynesboro metro area. Commuters there were delayed only about 14 hours in 2017. Likewise, workers enjoyed generally smooth commutes in Blacksburg (15 hours of delays); Kingsport, Tennessee-Virginia (17 hours); and Williamsburg (19 hours).

One reason Richmond may have less congestion is that more people are taking public transportation. In the summer of 2018, for instance, the GRTC Transit System introduced the Pulse, a high-capacity rapid-transit service that serves a 7.6-mile route through the heart of Richmond.

The Pulse “expands the range of job opportunities for transit‐dependent populations by increasing the areas accessible within a reasonable commute time,” the GRTC says on its website.

“Ridership is up 17% since we implemented the GRTC Pulse,” said Tyler Girven, a marketing and public relations specialist for the transit system. “It’s a slow evolution in the community in a positive direction. It feeds into a need for a healthy commute, and the Pulse is helping get us there.”

The Texas A&M Transportation Institute isn’t the only source of data on commuting times. In September, the U.S. Census Bureau released the results of the 2018 American Community Survey, which estimated, among other things, the average commuting time in every U.S. city and county with at least 65,000 people.

Richmond residents said it took them less than 22 minutes to get to work. The average commuting time was slightly more than 22 minutes for people in Henrico County, 25 minutes in Hanover County and almost 26 minutes in Chesterfield County. Nationwide, the mean travel time to work was more than 27 minutes. For Virginia as a whole, it was about 29 minutes.

More than 26% of Richmond commuters said they could get to work in less than 15 minutes. Only 15% of commuters nationwide and 21% statewide could say the same.

But as the Richmond area has grown, so has congestion. In the mid-1980s, the area’s commuters faced only about 10 hours of traffic delays annually, according to the Texas A&M Transportation Institute. That number hit 20 hours in 1993, 25 hours in 2003 and 33 hours in 2016.

Will our commutes get worse?

“Richmond has an established core employment around the State Capitol, which turns into core traffic. Those jobs are here, and they’re happening in state government, which means they don’t go away,” he said. “So don’t expect the traffic to change too much unless there’s drastic changes in the economy or employment.”