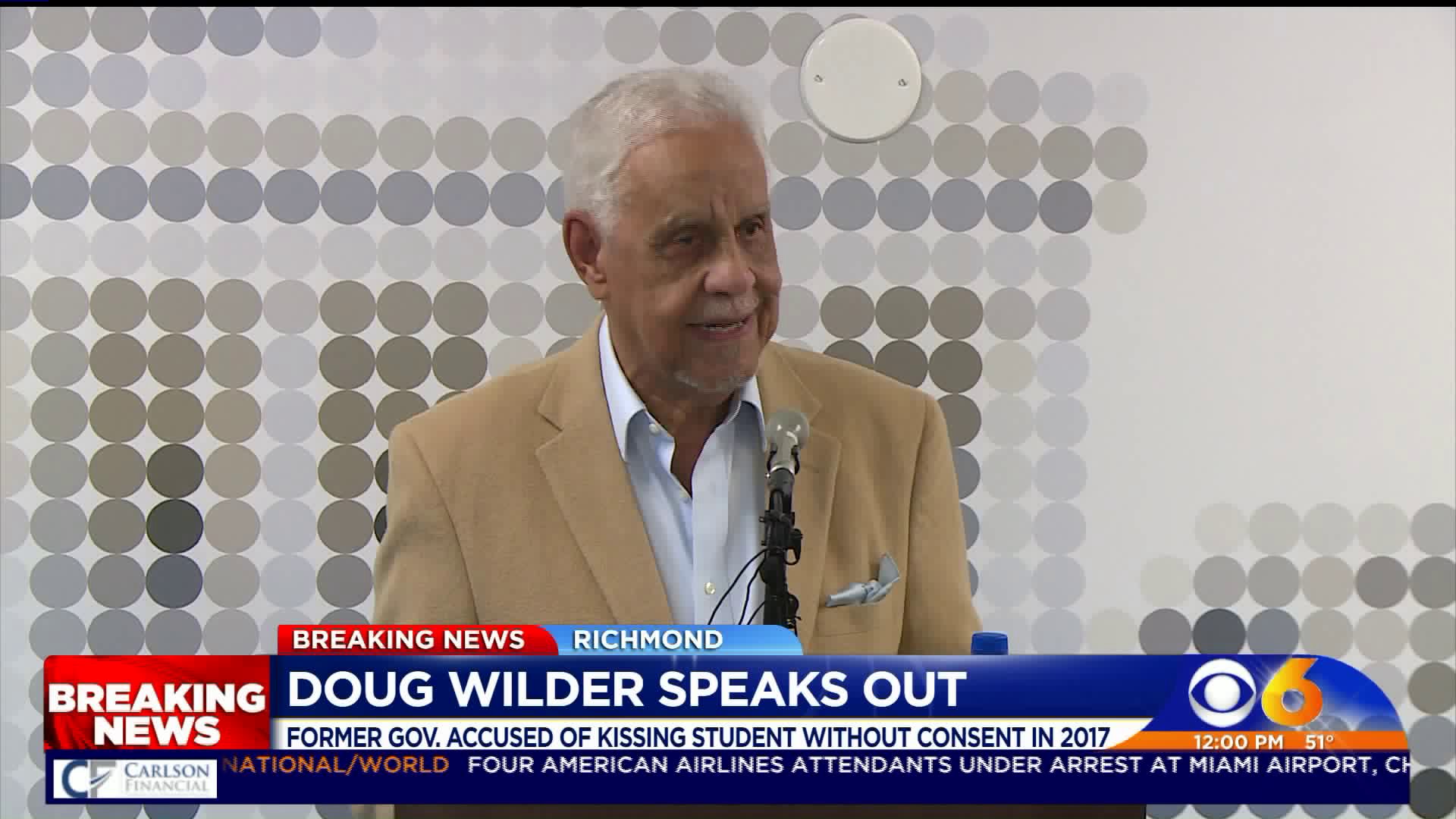 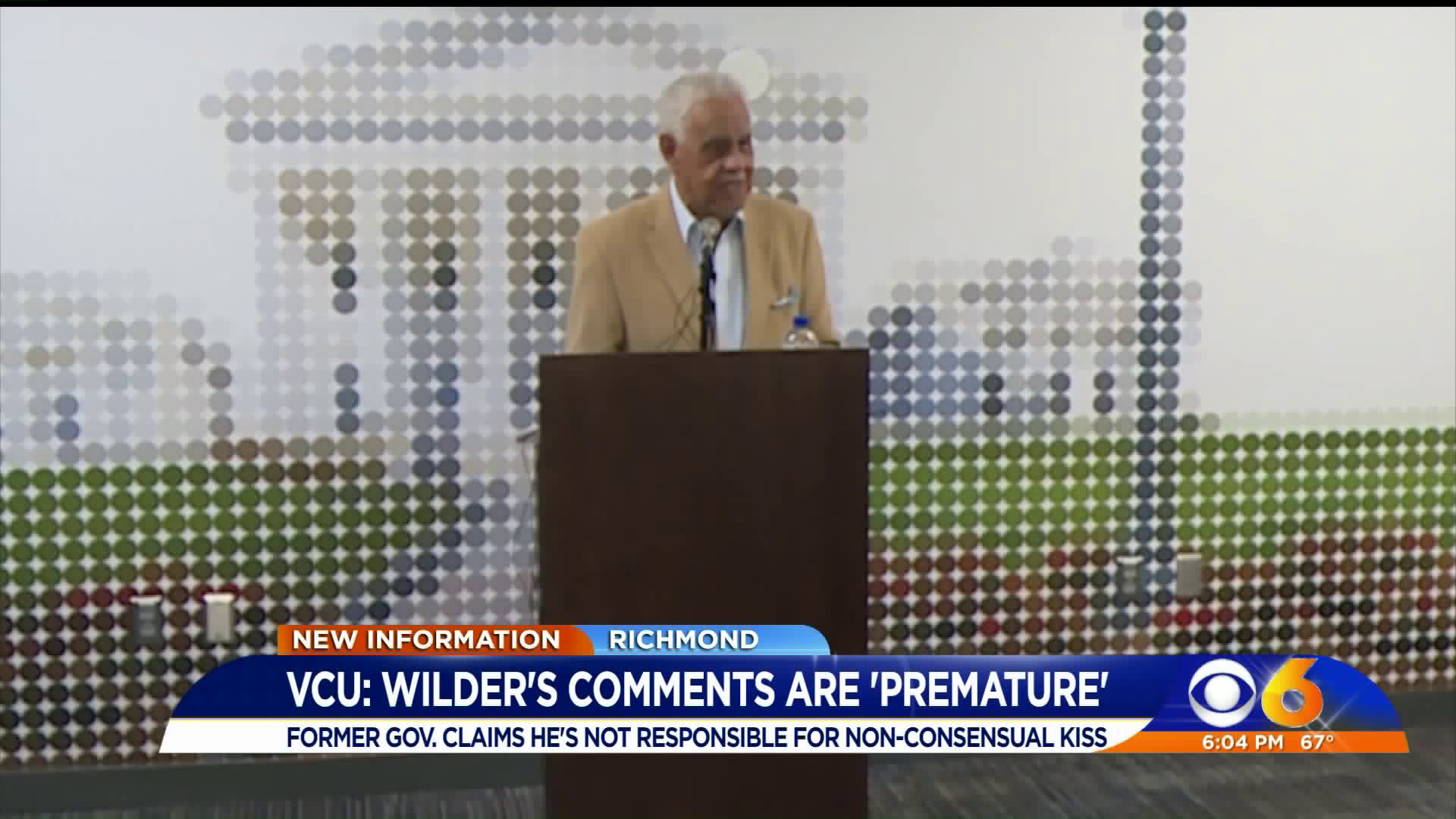 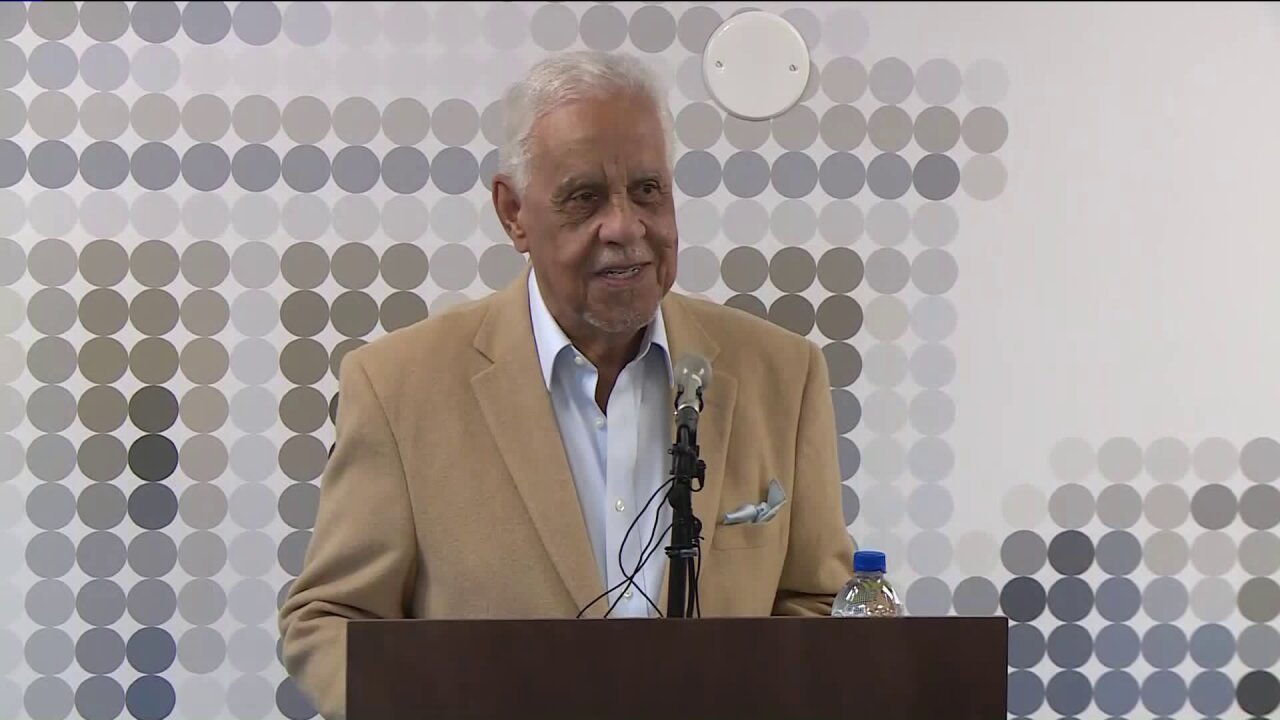 RICHMOND, Va. -- Former Virginia Governor and Richmond Mayor Doug Wilder said an appeal's panel recently found he was not responsible for non-consensual sexual contact with a 20-year-old VCU student who claimed that he kissed her without her consent after a night out. Wilder, 88, filed the appeal after he was initially found responsible on that charge, but cleared of sexual exploitation, sex gender-based discrimination, and retaliation accusations.

"I am pleased that the panel members confirmed what I have stated from the very beginning of this investigation," Wilder stated at a Thursday press conference.

Sydney Black, now 22, accused Wilder of making inappropriate advances toward her while she worked for the former politician and educator at the VCU government school that bears his name.

"The matter addressed by Governor Wilder this morning is not complete; thus, his comments were premature," VCU spokesperson Mike Porter said. "Under VCU policy a Review Panel makes findings and recommendations that are forwarded to the appropriate senior management executive for further review. The senior management executive may affirm or reject the Review Panel's recommendation on responsibility."

Jason Wolfrey, an attorney representing Black, spoke to CBS 6 after the news conference and he said that his client was “very upset and disappointed” by the panel’s decision. He added that she stands by her claims against Wilder.

Wolfrey added that while the panel may have found Wilder not responsible for non-consensual sexual contact, they described his conduct as “deeply concerning”.

Previous reporting indicated Black alleged Wilder took her to dinner, bought her drinks, and brought her back to his Richmond condo to celebrate her 20th birthday in 2017. It was at the condo, that Black said Wilder kissed her.

She reported the alleged incident to VCU officials in December 2018, months after she withdrew from the university. She later re-enrolled in January 2019.

Wilder said he provided evidence in the appeal that he filed that portions of Black's story did not add up.

"The complaint testified that I wrote and gave her a note apologizing, telling her not to share the note and not to tell anyone about the note," Wilder said. "She was never able, ever, to produce a note -- could not explain to anyone what happened to the note, nor did the investigator find it necessary to clarify the inconsistencies and discrepancies relative to the note."

He also said he provided phone records that proved he did not harass her by phone "every single day," as was alleged. Nor, he said, were investigators able to find a witness who saw Wilder and Black at a luncheon where it was alleged Wilder told Black funding for her position had been eliminated.

"Additionally, it was established by work records that the complainant did not work on that day," Wilder said.

Wilder concluded his statement saying he has received messages of support from the public throughout the investigation into his actions.

"I couldn't tell you the kinds of responses I've had from day one, from people who've known me and I've said to the panel -- I've lived on this earth for 88 years. Point to a single thing during that entity that blemishes my record and it's not there," he said. "They attempt to tarnish me, sure it's there, but it's like a coat of paint. It goes away.

This is a developing story and will be updated as new information is received.