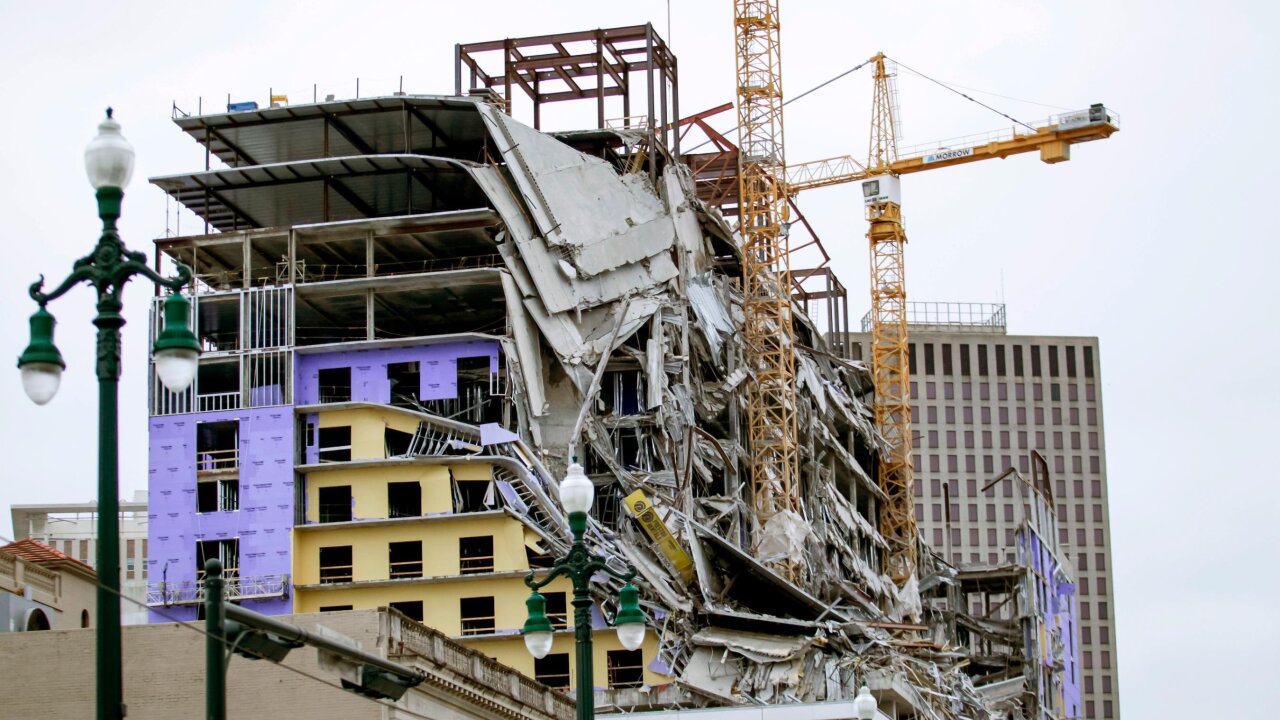 Threats from a tropical storm have delayed the implosion of the two cranes at the Hard Rock Hotel in New Orleans, which partially collapsed during construction, officials said.

Warning horns were heard blaring moments before the construction cranes, which had towered over the damaged construction site, snapped into pieces and toppled.

One of the cranes was seen falling to the ground amid plumes of smoke and debris generated by the explosion. Sections of the second crane could still be seen hanging over the top of the damaged building once the smoke cleared.

Portions of the Hard Rock Hotel, which has been under construction at the edge of the city’s historic French Quarter, collapsed October 12.

All people within the red “evacuation zone” closest to the crane demolition were ordered to evacuate Sunday until further notice, according to the notice. Individuals in the yellow “exclusion zone,” which is further away, were told to remain indoors. “No vehicles or pedestrians will be allowed on the street or outside of structures, including on rooftops,” the notice said.

More than 100 construction workers were at the site when the collapse occurred, according to one of the construction companies. At least two people were killed and 30 were hospitalized.

Video footage showed workers emerging from a giant cloud of dust after the upper floors collapsed and debris filled the street.

Crews had hoped to bring the cranes down Friday evening but that plan was delayed because of a tropical storm, officials said.

The demolition was then rescheduled for Saturday but the experts discovered the cranes were more damaged than previously thought.