This Fredericksburg teen wasn’t supposed to survive. Now she makes hundreds off her paintings

Sophia Pineda, who lives with Down Syndrome, took up painting five years ago. Her hidden talents were soon discovered. Bold brush strokes and bright colors define the 16-year-old’s works. From landscapes to wildlife Sophia paints them all. Her artwork is on display at galleries in Fredericksburg and Richmond. Many of her prints sell for hundreds of dollars. Her parents say Sophia can teach us all a lesson.

FREDERICKSBURG, Va. -- She wows like Warhol and makes an impression like Monet; bold brushstrokes and splashes of color are Sophia Pineda's trademark.

The 16-year-old from Fredericksburg unleashed her hidden talent in art school five years ago.

Her parents Carol and Andre enrolled her to build confidence, never expecting that Sophia, who has Down Syndrome, would blossom like this.

“It’s a real hands-on activity where she can express every feeling that she has that she may not be able to verbally," Carol said.

Artist Hsi-Mei Yates has been guiding Sophia since the beginning.

“Yes! You can see how she paints. She just does it," Yates said.

The teacher had her doubts about the student who could barely write her name. But with brush in hand, Sophia proved Yates and everyone else wrong.

“She said, “Your daughter is an artist. That is her work.’ I said, ‘You’re kidding me. Really? She did that,’” Carol said.

It doesn't matter the subject, from wildlife to still life, the serious artist paints them all with flair; a remarkable feat considering Sophia wasn't expected to survive. 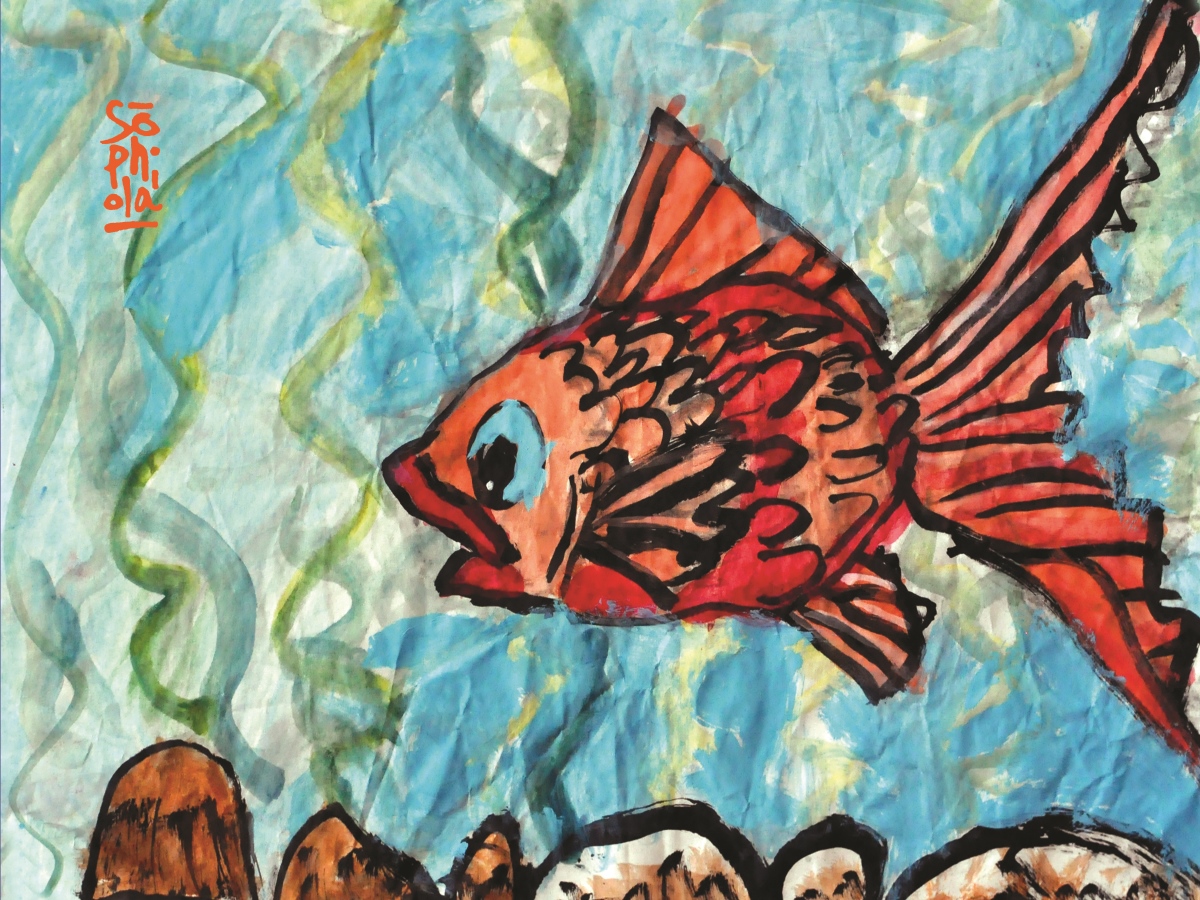 At birth she had major heart problems that required multiple surgeries.

“It was probably the worst two weeks of our life," Andre said. “We were just so blindsided.”

Sophia has been defying the odds ever since while taking everyone along for her carefree ride.

“I think Sophia rings every little bit of enjoyment and joy out of every single day that she possibly can," Carol said.

"This is my art. I made it," Sophia proclaims proudly.

Her joy is expressed in every piece.

“She just goes for it. She doesn’t overthink things. I think many of us would say its not perfect. She just goes boom, boom that’s that," Andre said.

Sophia's paintings hang not only on the family refrigerator - fans of her work buy her prints for hundreds of dollars.

“People are really touched by it and moved by it," Carol said,

The profits will help Sophia live self-sufficiently when she's grown.

“We’re hoping that this is her path to independence."

Until then this pint-sized painter will pursue her passion.

“I am thrilled that she is still with us," Carol said. "Filled with gratitude that we still have her.”

Sophia Pineda is an artist creating masterpieces with a lesson in every stroke.

“Expect great things no matter who your child is," Andre said. "What kind of issues they may have. Be open to changing your perceptions of things. That is Sophia’s greatest gift for everybody.”