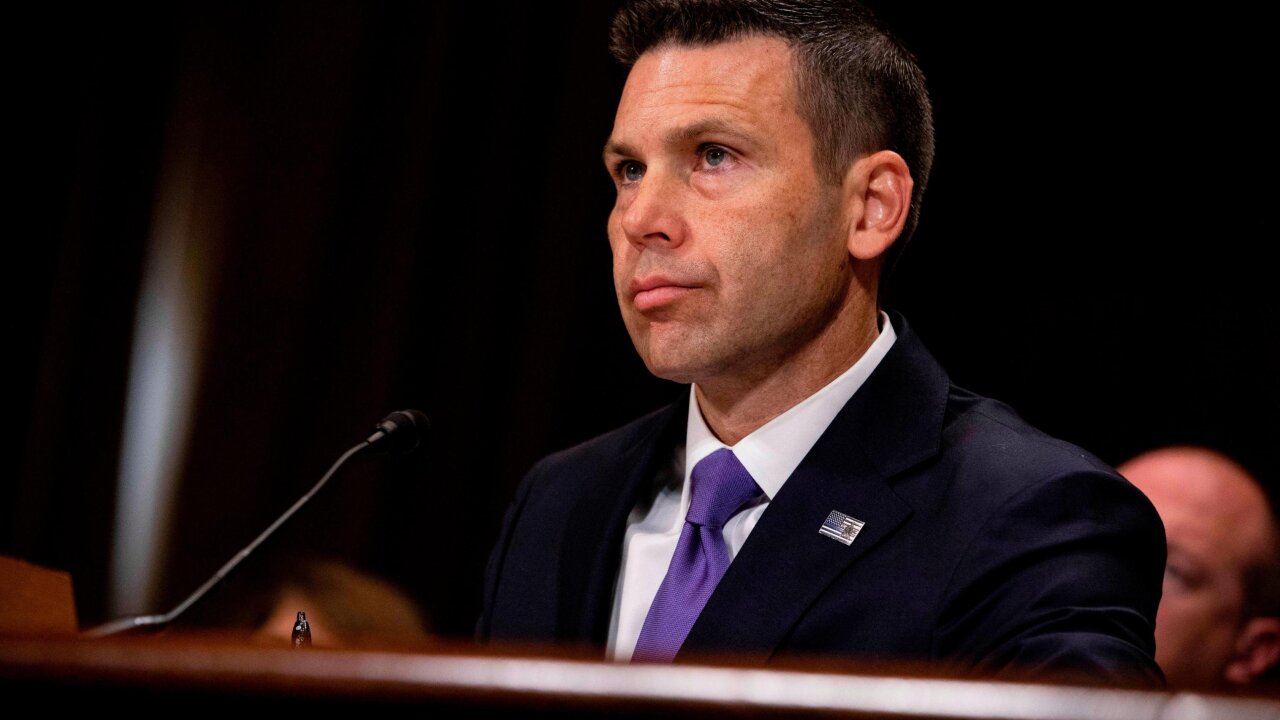 Kevin McAleenan, the acting secretary of homeland security since April and the fourth person to serve in that post since the Trump presidency began, submitted his resignation to the White House on Friday, President Donald Trump announced Friday.

“Kevin McAleenan has done an outstanding job as Acting Secretary of Homeland Security. We have worked well together with Border Crossings being way down. Kevin now, after many years in Government, wants to spend more time with his family and go to the private sector,” Trump said. “Congratulations Kevin, on a job well done! I will be announcing the new Acting Secretary next week. Many wonderful candidates!”

A source familiar with McAleenan’s thinking tells CNN that the acting secretary felt he had accomplished all he could given the political realities of today — specifically the unlikelihood that any legislative deal on immigration will happen in an election year. Moreover, with the numbers of undocumented immigrants apprehended or turned away at the border coming down for the fourth consecutive month — 52,546 in September, a 65% drop from May — the lack of crisis is dissuading members of Congress to act and compromise. McAleenan also has two young daughters and a wife with whom he wants to spend more time.

The announcement has been planned for weeks, sources close to McAleenan say, and has nothing to do with the Ukraine scandal in which Trump and several other Cabinet officials are currently enmeshed.

A source close to the process told CNN that White House officials tried to talk McAleenan out of resigning.

In a statement posted to Twitter, McAleenan thanked Trump for the opportunity to serve and department employees for their work. He said he would strive to ensure a smooth transition.

“With his support, over the last 6 months, we have made tremendous progress mitigating the border security and humanitarian crisis we faced this year, by reducing unlawful crossings, partnering with government in the region to counter human smugglers and address the causes of migration, and deploy additional border security resources,” he said of Trump.

Sources close to McAleenan insist the decision has more to do with his feeling of having done all that he can do on the job as well as feeling the frustrations of someone who perceives his job to be non-partisan and does it from the perspective of a law enforcement officer.

In an interview with The Washington Post published on October 1, McAleenan — whom Trump never formally nominated for the Cabinet position — said that while he controls his department, “What I don’t have control over is the tone, the message, the public face and approach of the department in an increasingly polarized time. That’s uncomfortable, as the accountable, senior figure.”

Other acting figures in the department whose tone and tenor are more Trump-like — acting commissioner of US Customs and Border Protection Mark Morgan and acting director of US Citizenship and Immigration Services Ken Cuccinelli — have caused him difficulties, sources tell CNN, both by seemingly openly campaigning to replace him and by pushing rules that have seemed harsh to many in the public.

McAleenan found himself needing to respond to some of Cuccinelli’s actions, such as ending consideration for most deportation deferrals for undocumented immigrants with serious medical conditions and ending automatic citizenship for children born abroad to certain US servicemembers and others.

Still, the acting secretary has been able to point to concrete accomplishments. Border apprehensions have declined significantly, numbers that included Central Americans and families crossing the border, representing the heart of the crisis. A source familiar with McAleenan’s thinking says that he is proud of working with the governments of Mexico and the three Central American “Northern Triangle” countries — El Salvador, Guatemala and Honduras — to crack down on human smugglers and block caravans heading north.

“It felt like the layers are now in place to prevent a similar surge sparking this Fall,” the source said.

A former DHS official said McAleenan understood the urgency of the situation.

“Starting with security partnerships first, McAleenan built a foundation of trust with the Northern Triangle countries that resulted in new bilateral agreements based on a shared commitment to confront irregular migration and eventually restore aid,” the former official said. “The President’s threat of tariffs on Mexico provided McAleenan with more opportunity to engage with an historically intractable partner on border security, resulting in a precipitous decline in apprehensions along the southern border.”

McAleenan is also proud of having pushed DHS to declare unequivocally that white supremacists pose a growing threat to the American people, a statement the White House previously refused to make in as stark a way, the source close to the acting secretary said. “The El Paso shooting hit close to home,” the source said, noting that six of those killed were family members of five agents and officers who work for the Department of Homeland Security.