Monday will be Indigenous Peoples’ Day: ‘Native Americans were the first residents of Richmond’ 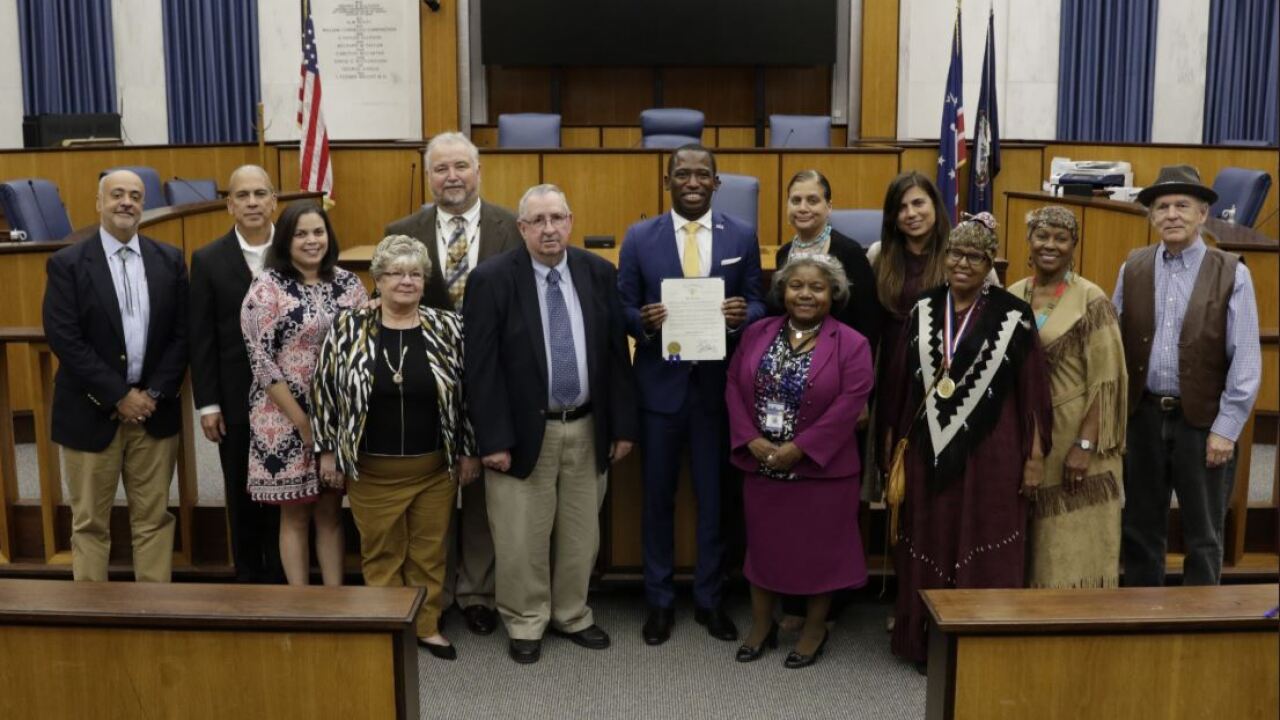 RICHMOND, Va. — The City of Richmond has asked its employees to reflect upon and celebrate the Native Americans culture on Monday, October 14. Richmond Mayor Levar Stoney proclaimed the day Indigenous Peoples’ Day in Richmond.

“Native Americans were the first residents of Richmond,” Mayor Stoney said in statement. “They were here before any non-natives arrived in this country, commonwealth, or city. So it’s only fitting, and about time, that we acknowledge and celebrate the many contributions they have made to shape our city.”

“While the federal government recognizes the second Monday in October each year as Columbus Day, the City of Richmond has never recognized Columbus Day as an employee holiday,” a city spokesperson said. “The City of Richmond will again be open for business this Monday, but this year requests that employees and residents alike use Indigenous Peoples’ Day as an opportunity to reflect not only upon the culture and heritage of native peoples, but also to celebrate their influence, accomplishments and resilience in the face of extraordinary hardship.”

I was proud to proclaim this upcoming Monday Indigenous Peoples’ Day in Richmond. Native peoples were and always will be the first people of our city, commonwealth, and nation. It's about time we recognize that in our taught histories AND in our public holidays. #1RVA pic.twitter.com/Tz5XweJRVV