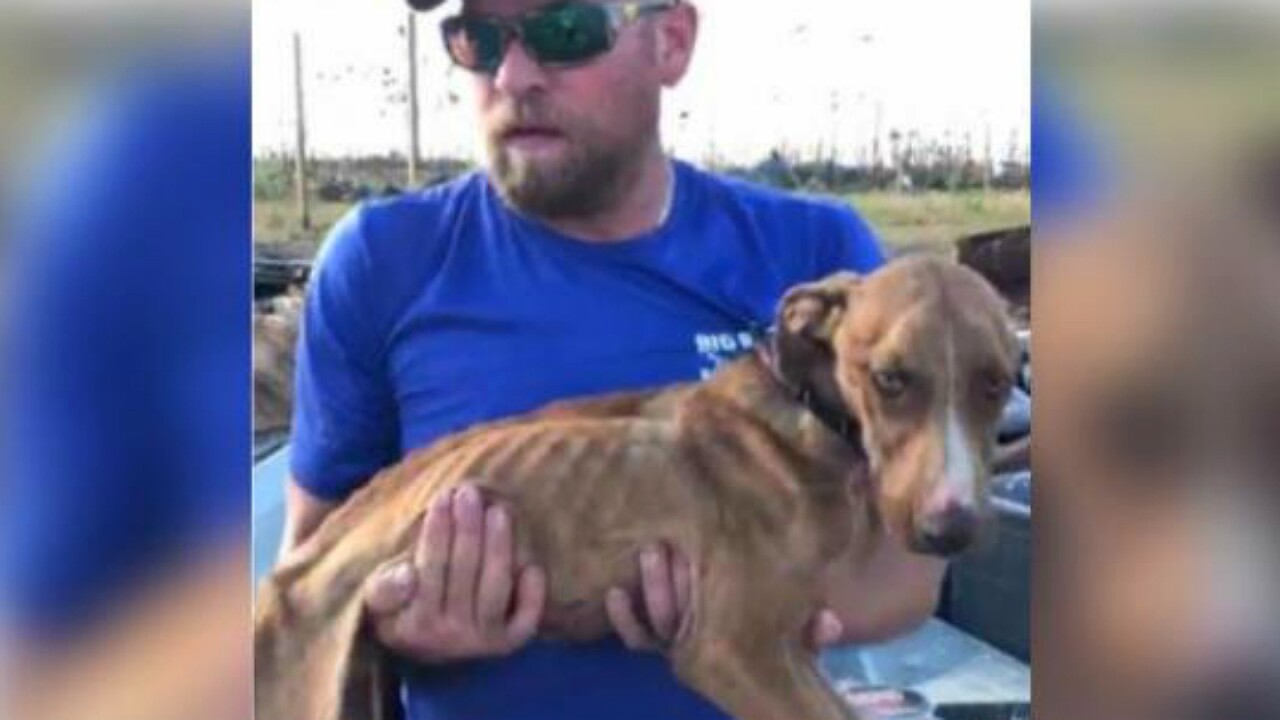 Rescuers say they found a puppy alive in the rubble of a collapsed building, one month after Hurricane Dorian ravaged parts of the Bahamas.

Scott said that Miracle was nearly crushed to death after a building collapsed, trapping him under broken glass, an air conditioning unit and building debris.

The 1-year-old mixed breed had been surviving only on rainwater, and was “skeleton thin and unable to walk,” Scott said.

Despite his dire condition, Miracle greeted rescuers with a wagging tail.

Scott said they’re providing the pup with medical and emotional support, and are hoping for a full recovery.

“Miracle will be up for adoption following recovery, unless his owners claim him,” said Scott. “We have reunited some families who lost everything with their pets who they thought had died or were separated from them during evacuation and it gives them new hope.”