EMMITSBURG, Md. -- Hanover firefighter Lt. Brad Clark is among the 92 firefighters being honored at the 38th National Fallen Firefighters Memorial Weekend in Maryland.

The 38th annual event by the National Fallen Firefighters Foundation brings family members together to honor their loved ones who died in the line of duty.

Lt. Clark was killed and three other firefighters injured Oct. 11, 2018, when the driver of a tractor-trailer drove into their firetruck as the firefighters assisted other drivers involved in an accident on I-295 near Pole Green Road during Tropical Storm Michael.

"We stopped at the first car, we all got out, and we were going to walk up to the second car," firefighter Carter Lewis said. "I heard Brad yelling. At first I thought it was something for the people we were there for, so I started running, and it just hit us."

After the crash, law enforcement and tow truck drivers, who are often assisting drivers on the side of the road, have worked to increase awareness about Virginia's "Move Over" law.

Lt. Clark's death prompted Virginia lawmakers to stiffened the penalty for drivers who do not move over for emergency vehicles with their lights activated while responding to a scene on a Virginia roadway.  As a result, drivers will be charged with reckless driving the first time they violate the "Move Over" law. 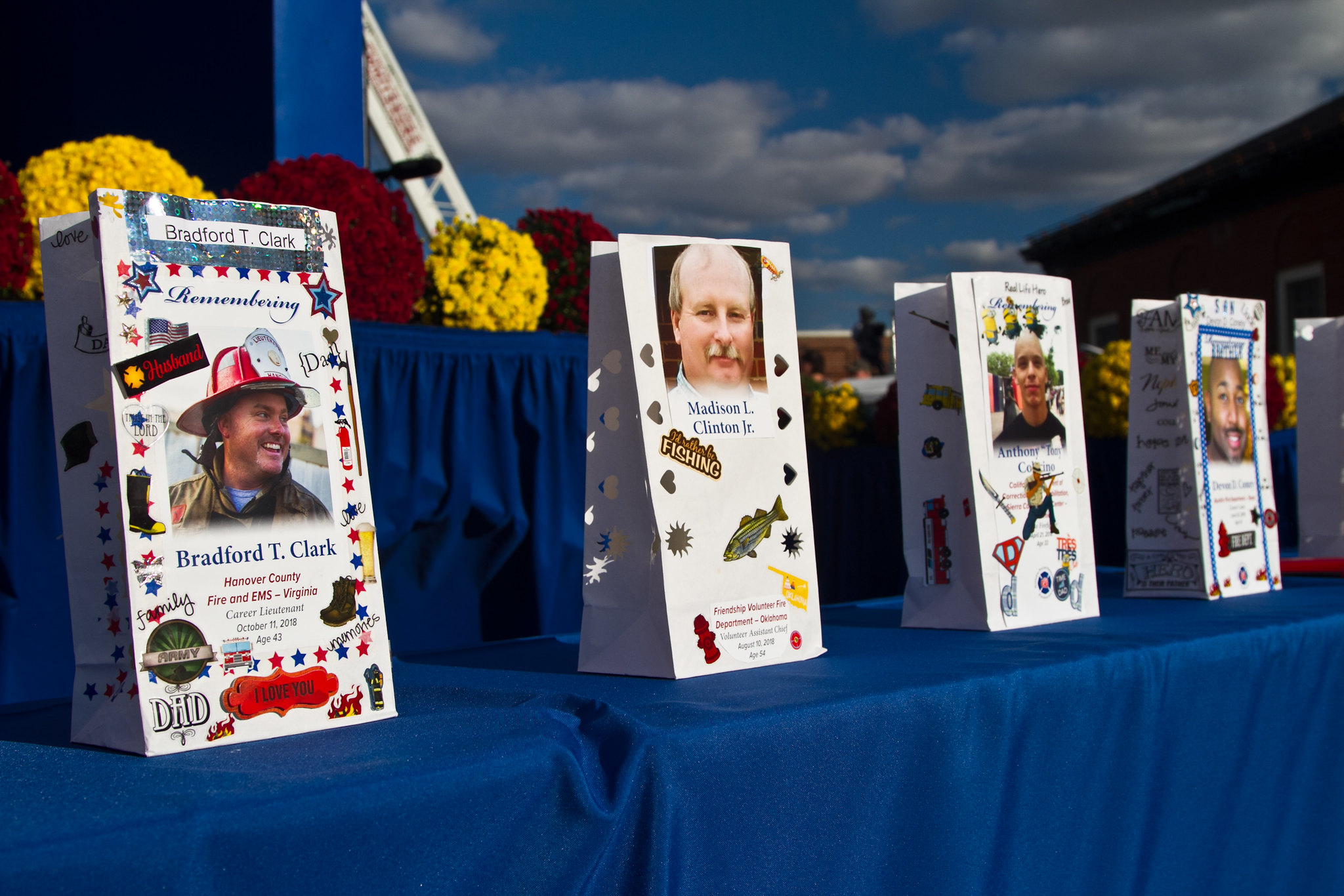 Lieutenant Bradford Turner Clark, a native of Hanover County, joined the Hanover Fire EMS Department in 2005. Brad served his first eight years as a firefighter/EMT in operations at some of the county’s busiest stations. He was passionate about mentoring others to be the best at their craft. He was unselfish with his time and talent, realizing he was only as strong and efficient as his crew. His passion for his career in the fire service was unmatched. Brad was a fireman’s fireman. In 2015, Brad was promoted to the rank of lieutenant. Brad was deeply committed to the safety of citizens he served and the firemen he trained and led. Brad was known for the nearly never-ending smile on his face, quick wit, endless inside jokes with his friends, non-stop texting, and memes and videos sent to those he knew and loved.

Brad was a devoted and loving husband to his wife, Melanie, affectionately known as “Buttercup,” and the father to four beautiful daughters. His girls were the love of his life. Brad was also a beloved son, brother, and uncle. In addition to his duties with Hanover Fire-EMS Department, Brad gave selflessly to firefighters across the country, helping them to expand their knowledge. Brad was a founding board member of the 350’Line, Inc., a Richmond-based non-profit corporation created to further the education of firefighters across the Commonwealth of Virginia. In this role, Brad developed and taught training programs impacting thousands of firefighters across the state. Brad regularly traveled across the United States presenting his own training programs to large fire conferences throughout the country, including Andy Fredericks Training Days, Wichita HOT, Art of Firemanship Days, Making the Stretch, and Walter Sisk Memorial Truck School.

Bradford served in the United States Army and was honorably discharged in November 2000 at the rank of sergeant. During his time in the Army, Brad was awarded the National Defense Ribbon, the Army Good Conduct Medal, and two Army Achievement Medals. Brad is credited for saving the lives of his crew during the incident that took his life by warning his crew of the oncoming danger. Two of his crew members sustained life-threatening traumatic injuries in this incident. While Brad gave his life that night, he followed his values and instincts, putting the lives of his crew before his own and taking swift action during his final moments that saved his crew members’ lives. For his heroic actions during his last call, Brad was the recipient of the 2019 Ray Downey Courage and Valor Award, which was presented posthumously and accepted by his wife, Melanie