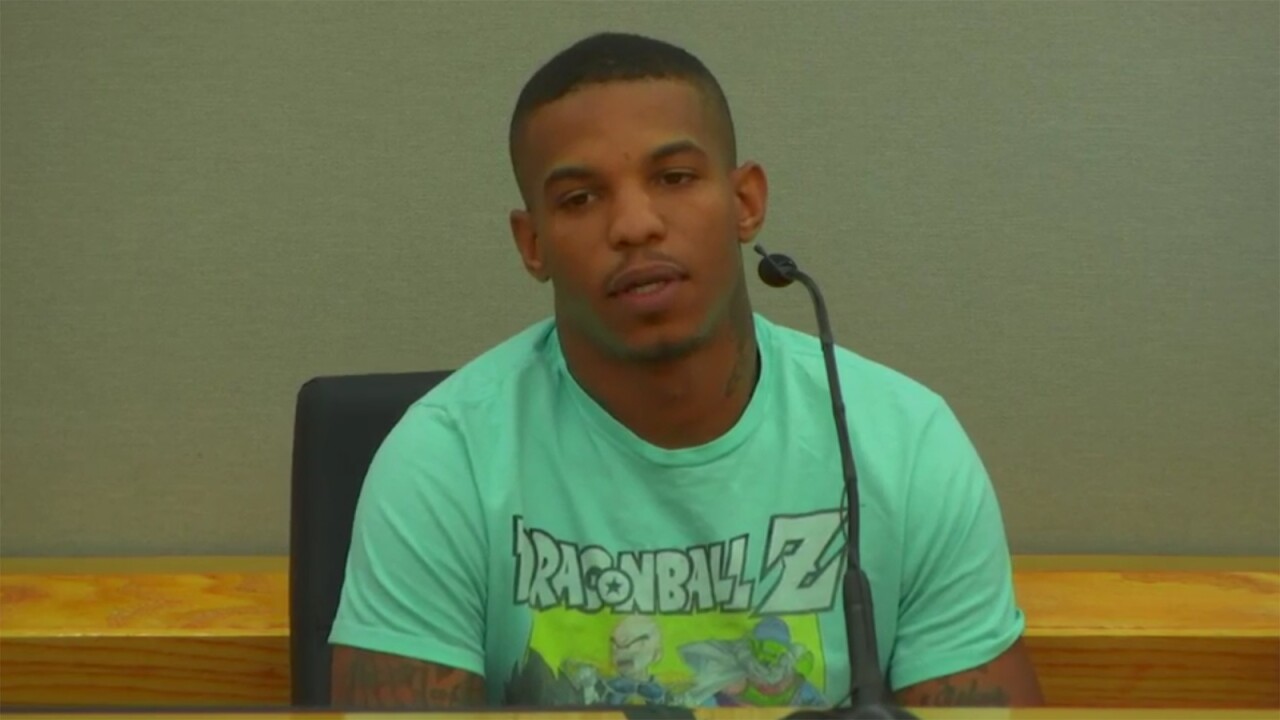 DALLAS — Ten days after he testified in the murder trial of a former Dallas police officer, key witness Joshua Brown was gunned down at his apartment complex, attorney Lee Merritt said.

Brown lived across the hall from Botham Jean at Dallas’ South Side Flats apartments last year when officer Amber Guyger walked into Jean’s apartment, mistaking it for her own, and killed Jean.

Brown’s testimony during Guyger’s murder trial was key because he was able to describe the officer’s actions immediately after she killed their neighbor, a 26-year-old accountant.

Brown was killed Friday at his current home, the Atera Apartments, about five miles from his former complex where he, Guyger and Jean all lived.

Authorities have not said whether there’s any connection between Brown’s death and his testimony in Guyger’s trial, which ended last week.

Witnesses flagged down Dallas police officers around 10:30 p.m. local time Friday and directed them to Brown, who was lying in the parking lot of his apartment complex with multiple gunshot wounds, police said.

Brown was taken Parkland Memorial Hospital, where he died from his injuries.

Witnesses told police they heard several gunshots and saw a silver, four-door sedan speed away from the parking lot.

But there are no detailed descriptions of the suspect.

Brown “was ambushed at his apartment complex as he got out of his car and (was) shot at close range,” Merritt wrote in a Facebook post Saturday night. Merritt represents the Jean family.

He said a medical examiner told him Brown had been shot in the mouth and chest. When contacted by CNN, the medical examiner’s office said it has “nothing to release at this time.”

The attorney said Brown’s mother asked him to “do whatever it takes to get to the bottom” of her son’s homicide.

“She suspects foul play, and it is difficult to rule it out,” Merritt wrote. “He had no known enemies. He worked for a living. He was not in the streets. We need answers. Immediately.”

Brown testified he met Jean the day he was killed: September 6, 2018.

The night Guyger shot Jean, Brown said he was down the hall when he heard the voices of two people who sounded like they were meeting by “surprise.”

Soon later, Brown said, he saw Guyger enter the hallway from Jean’s apartment. The officer was the phone.

She was “crying, explaining what happened, what she thought happened, saying she came in to the wrong apartment,” Brown testified.

Through his peep hole, Brown said he also saw the former officer “going back, back and forth on the phone.”

“And then, I think she went back inside, then came back out,” Brown siad.

During his testimony, Brown broke down and wiped away tears with his T-shirt. Jean’s family members cried softly.

Jurors convicted Guyger of murder and sentenced her to 10 years in prison. She will be eligible for parole in five years.

Brown said Jean ‘could have been him’

Brown is originally from Jacksonville, Florida, and moved to Texas in 2008, he testified during the trial.

He attended college in Florida, where studied interdisciplinary sciences. He tried to play football after college, but got into roofing and became a contractor for a few years.

At the time of his testimony, Brown said he was managing four Airbnb rental properties in Los Angeles, Atlanta and Dallas.

Merritt said Brown lived in constant fear of gun violence, and that’s why he was emotional on the witness stand during the trial.

“He said it could have been him,” Merritt said.

Brown’s death “underscores the reality of the black experience in America,” Merritt said.

“Brown lived in constant fear that he could be the next victim of gun violence, either state sanctioned or otherwise.”