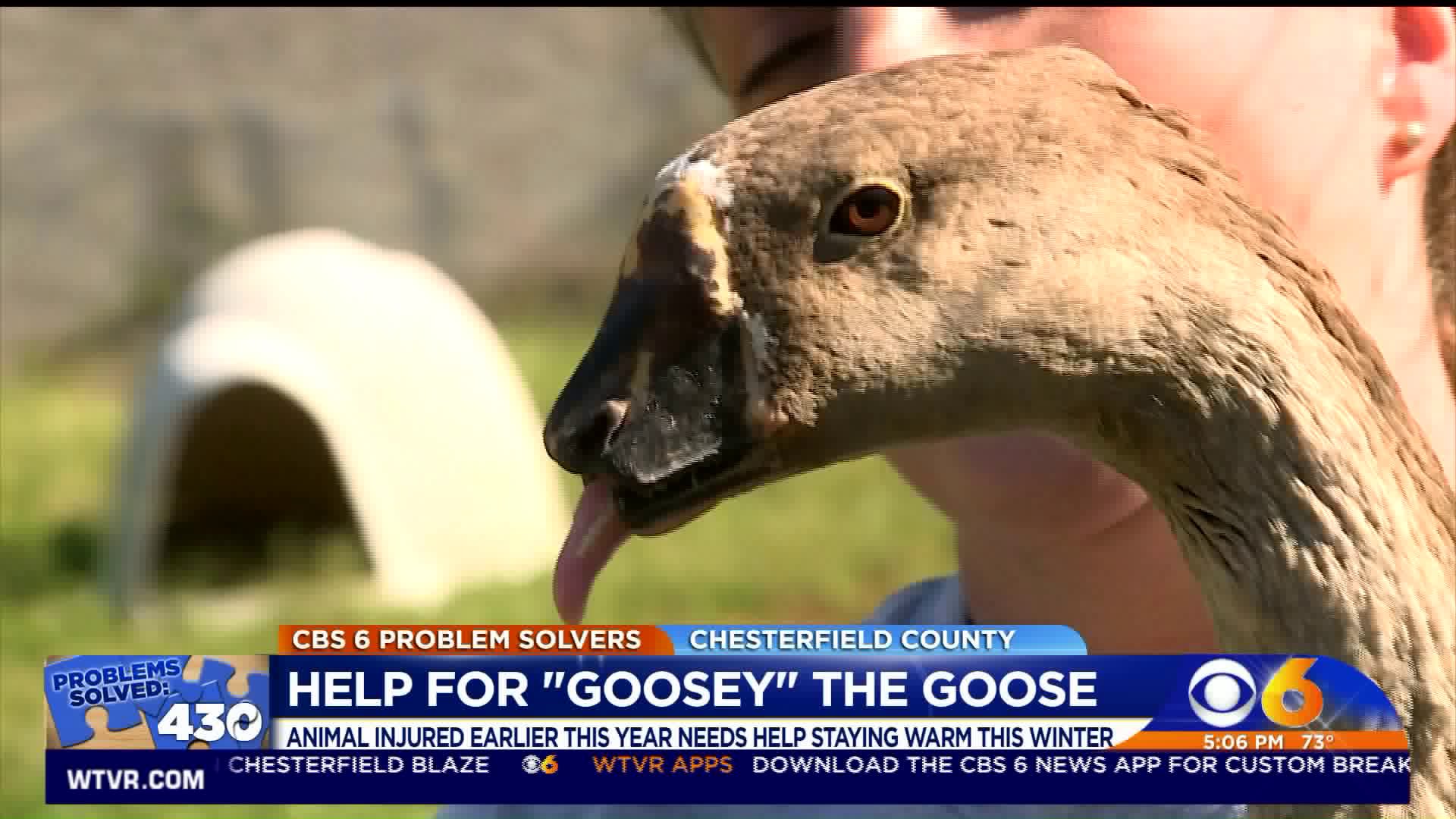 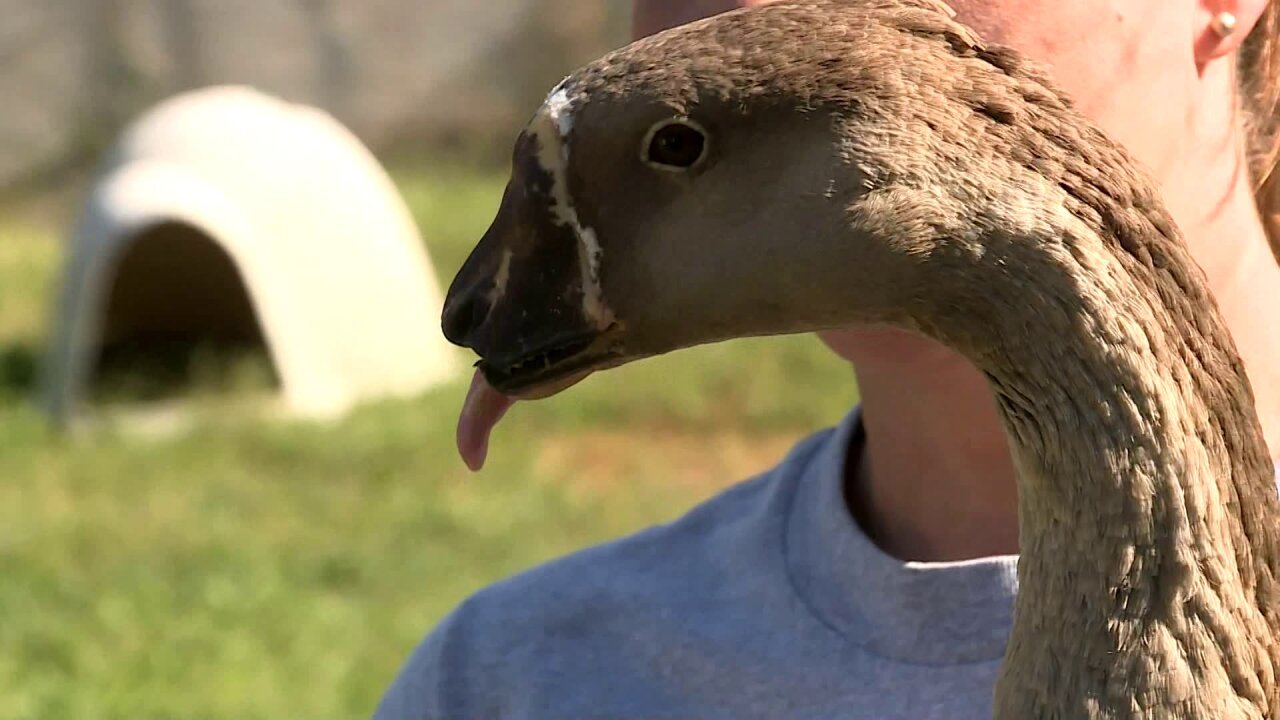 MIDLOTHIAN, Va. -- The founder of a Central Virginia wildlife rehabilitation center is asking for the community’s help heating animals before the upcoming cold weather.

Melissa Stanley, Executive Director and Founder of the Richmond Wildlife Center, works with a diverse group of animals on rural Midlothian property.

Stanley founded the center in 2010 and opened the wildlife hospital in 2013.

The animals living in an outside protected pen include a 60-year-old tortoise from Africa and a goose without a bill named Goosey.

“Goosey came up to us in February 2018 when the public was alerting us that there was a goose in [Richmond’s] Byrd Park that was missing its bill,” Stanley recalled. “Multiple members of the general public told us they knew Goosey allegedly had a firework placed in her mouth.”

While the goose is now rehabilitated and happily living amongst two exotic tortoises, a duck and chickens - the motley group of animals are in danger ahead of the winter.

“Historically, we have never had electricity on this property,” she explained. “Now, with the changes we need to upgrade our facility, so the animals are cared for this winter.”

During the winter months, they have to watch the goose closely for frostbite on her tongue.

This winter she will be housed at night and during extremely cold days with the large reptiles to ensure she is not exposed to extreme temperatures.

Stanley hopes to renovate a shed on the property with electricity and specialized heating lamps to warm the animals.

“If we can do something to have a positive impact on these animals that share our planet with us, we are happy to do that,” she said. “We hope there are supporters out there that also want to support that.”

If you’d like to donate to the center, you’re asked to mail a check to Richmond Wildlife Center PO Box 14694, Richmond Virginia 23221.