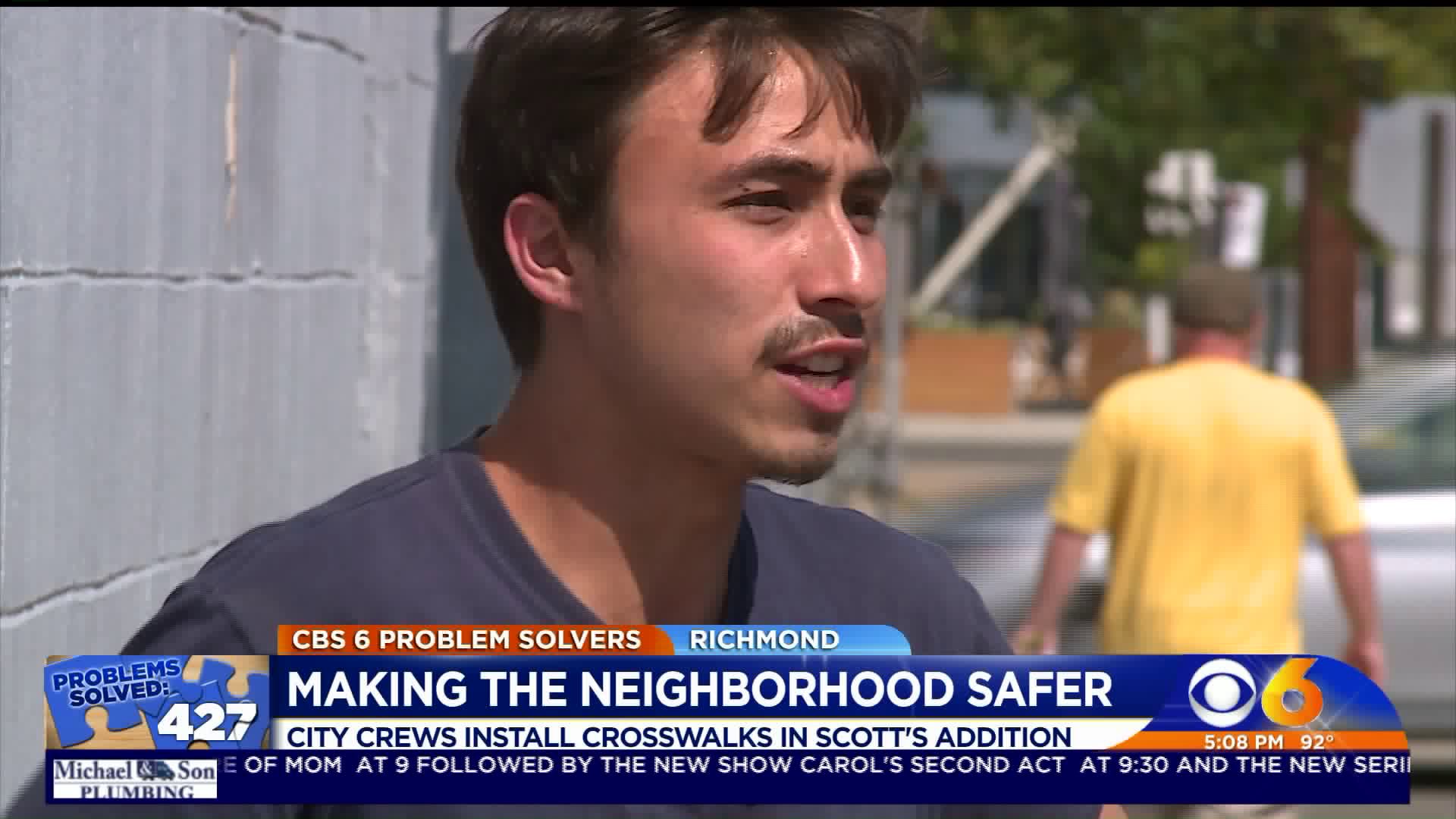 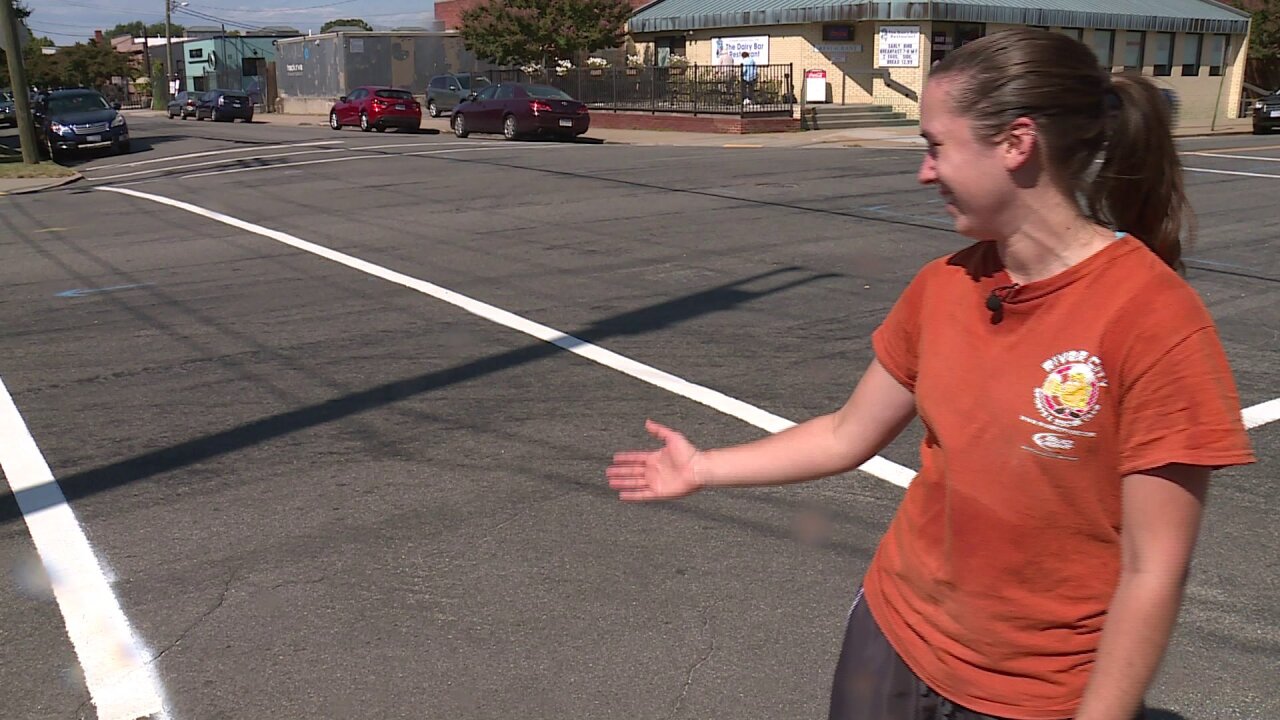 The new crosswalks were of the Vision Zero Initiative, which aims to eliminate injuries and fatalities on the road. The goal is to completely eliminate road-related fatalities by 2030.

"Already this morning we saw people utilizing the crosswalks, crossing in the crosswalks, and not jaywalking," Vincent said. "In terms of Vision Zero, we are trying to make our pedestrians as safe as possible."

However, some who work and live in Scott's Addition say that idea is at odds with the current state of infrastructure.

"The biggest frustration is just the lack of sidewalks. It’s not consistent either," said Mary Allison, who's worked in the neighborhood since 2008.

"I think it’s helpful. I think there are times when people are driving down the street and don’t realize people walking around," she explained. "I guess we will see if people will stop."

Jacob Nicholas, who works on Mactavish Avenue, said he dodges cars on his commute to work.

"Drivers here in Scott's Addition are a little manic sometimes. They like to go 40 or 45 miles per hour down these streets," Nicholas described. "Anything that can make people drive like a sane individual in this neighborhood -- I'm a fan of."

Jakob Helmboldt, the Pedestrian, Bicycle, Trails Coordinator with Public Works, said the neighborhood has been forced into a transformation.

"There is lots of mixed-use development suddenly coming into a formerly industrial location where you previously didn’t have a lot of pedestrian activity," Helmboldt said.

New "no parking" signs were also posted at the edge of intersections for an increase in visibility. The city hoped the new efforts send a message to drivers.

"They help to reinforce that notion that people are walking in this environment, mixed modes and set that expectation for all users," Helmboldt stated.

"These areas are frequently vandalized with graffiti on public and private property. The graffiti initiative will first focus on public property, and then reach out to private owners in an effort to assist them with removal," according to a press release.

Crews will work for the next three weekends starting on Saturday.

"We are just trying to make sure we clean up our neighborhoods as much as possible," Vincent said.

Employees will also be focusing on pruning and cutting back vegetation that covers signs in neighborhoods throughout the city. That project is expected to last several weeks.