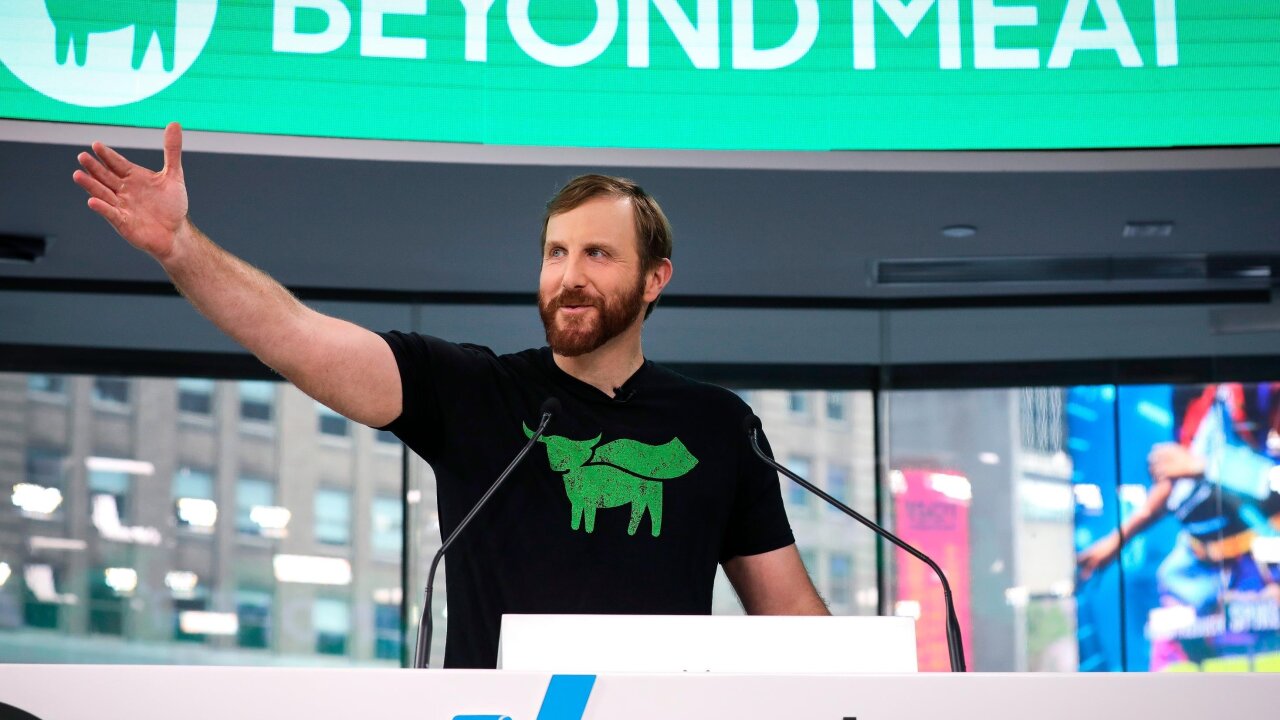 Two all plant-based patties, special sauce, lettuce, cheese, pickles, onions on a sesame seed bun? Not yet. But McDonald’s is partnering with Beyond Meat on a plant-based burger in Canada. And Beyond Meat investors love the news.

Two all plant-based patties, special sauce, lettuce, cheese, pickles, onions on a sesame seed bun? Not yet. But McDonald’s is partnering with Beyond Meat on a plant-based burger in Canada. And Beyond Meat investors love the news.

Shares of Beyond Meat surged 11.5% Thursday after McDonald’s announced plans for a limited-time offering of a P.LT. (plant, lettuce and tomato) burger in southwestern Ontario.

Beyond Meat’s stock, trading around $150, is now up about 500% from its initial public offering price of $25. The company debuted on Wall Street in May and has been one of the year’s splashiest IPOs.

Shares have fallen more than 30% from their all-time high though as investors have recently grown more skeptical about unprofitable startups like Uber, Lyft, Slack and WeWork, which is shelving plans for an IPO until later this year.

There has been a lot of chatter in the restaurant world and on Wall Street about whether or not McDonald’s has plans to one day launch a plant-based Big Mac, Quarter Pounder or other burger in the United States in light of Burger King’s Impossible Whopper success.

Beyond Meat already has its products on the menu at top restaurants such as Dunkin’, Del Taco, TGI Fridays and Carl’s Jr. It also has a deal with Canadian coffee chain Tim Hortons, which is also owned by Burger King parent Restaurant Brands.

McDonald’s has been testing a meatless burger in Germany called the Big Vegan TS. That burger is made with the Incredible Burger, a soy-based product from Nestle. Privately-held Impossible also makes its burgers with soy protein while Beyond Meat uses pea protein.

If Beyond Meat is able to land a broader deal with McDonald’s, that would be a big win for the company as the plant-based burger business heats up. In addition to Impossible and Nestle, food giants Kellogg and Tyson are working on their own products.

Beyond Meat has a leg up on its rivals so far since the company already has deals to sell its plant-based products in huge US grocery store chains such as Kroger, Sprouts, Safeway and Publix.