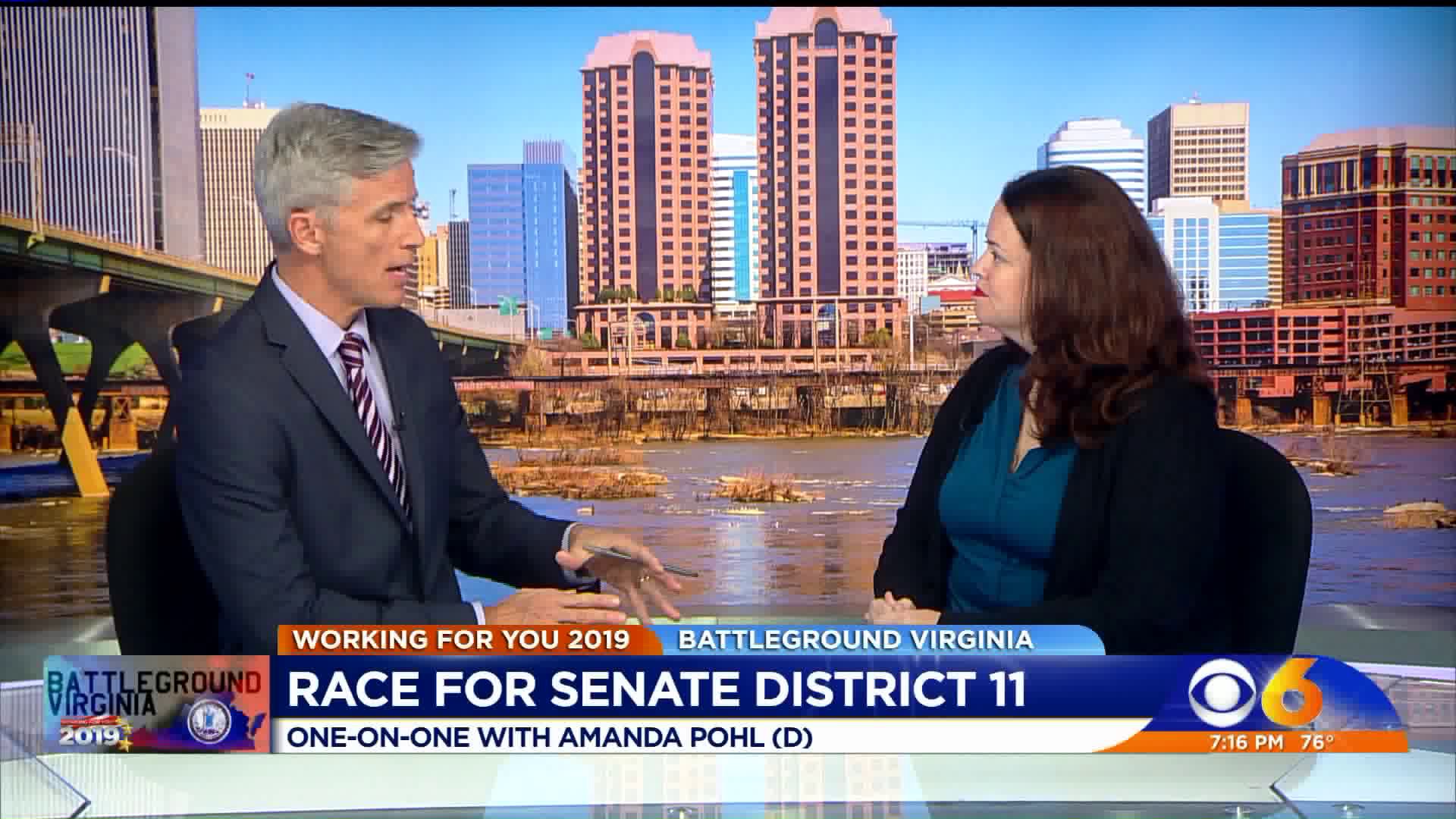 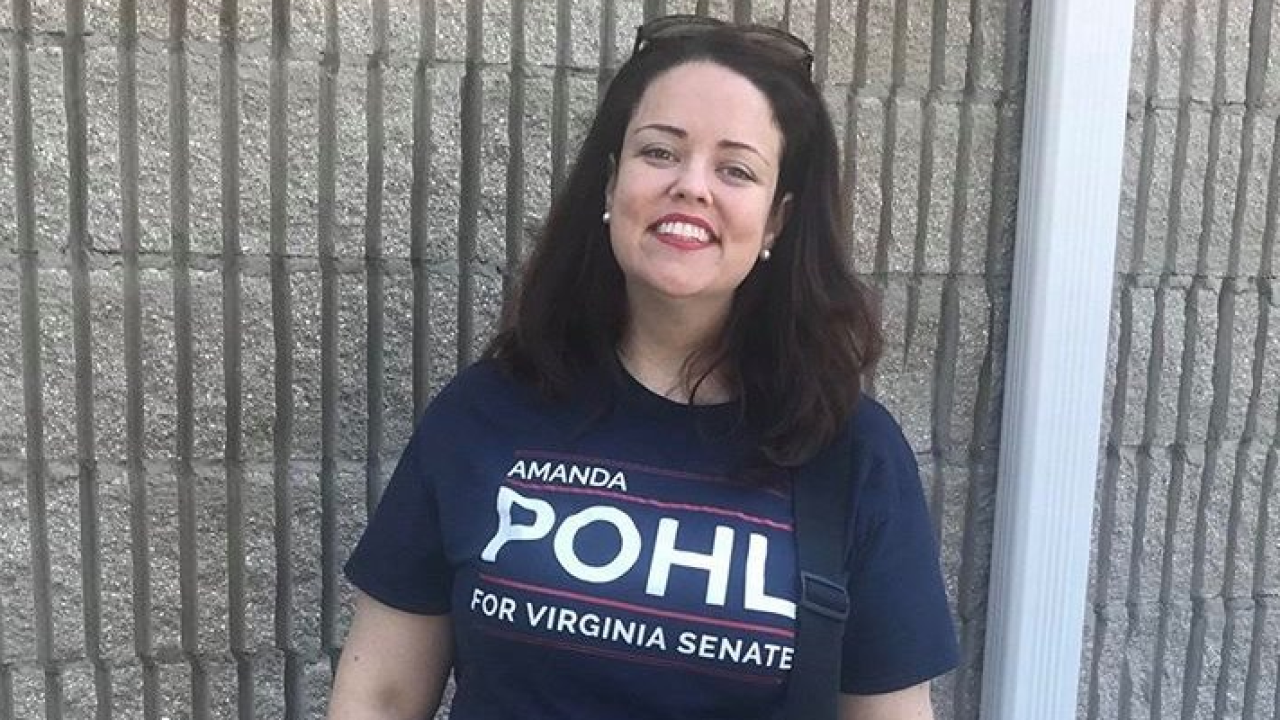 RICHMOND, Va. -- Amanda Pohl, a Democratic challenger in Senate District 11, which includes part of Chesterfield, Colonial Heights and Amelia County, stopped by the CBS 6 studio to talk about her campaign.

Pohl, a chaplain and long-time social worker, said the focus of her campaign was people over politics. She said Medicaid expansion has been popular among all groups, but that healthcare needed to be more affordable in reducing premiums and deductibles, as well as lowering prescription drug prices.

She also pointed out people were tired of bad roads, which she said the state needed to prioritize.

Chase, a Republican, has represented the district since 2015.

Virginia’s District 11, which touches both the 4th and 7th U.S. Congressional Districts, is made up of 66% white voters, 22% black voters, 7% hispanic voters, 3% asian voters, and 3% of voters listed as other.

Amanda Pohl said her life experience has showed her about the struggles of working-class America. Raised in subsidized housing, her parents were still teenagers when Pohl was born.

She eventually became the first in her family to go to college.

Pohl has worked as PRN chaplain for Chippenham & Johnston-Willis Medical Center and was also chaplain through clinical pastoral education at VCU Medical Center.

“When I was a hospital champlain I was holding hands of people who were dying while [Chase] was fighting against medicaid expansion,” Pohl said in an interview on the CBS 6 News at 7.

Sen. Chase said she and Pohl had two very different visions for Virginia.

Chase, if re-elected, said she would continue to fight for Virginians to enjoy their personal liberties, having freedom, less government intervention and regulation.

Chase suggested her work contributed to CNBC's ranking of Virginia as the number one state in the country in which to do business.  She did, however, acknowledge there is "a good check and balance in the Commonwealth with a Republican-controlled legislature and a Democratic" governor. She warned, though, that if Democrats win a single Senate seat in the General Assembly, “we become like New York.”

Embroiled in a recent controversy, Chase said an internal conflict between Tea Party Republicans like herself and regular establishment Republicans led to her eventual ouster from the Chesterfield Republican Party. She said the tipping point came when she posted an endorsement from a Tea Party candidate who was not the Republican nominee in his race, which was seen as inappropriate.

She has lived in Chesterfield County since 1979 and worked in management with both the private and public sectors in banking, credit and finance industries.

As a state senator, Chase has worked across the aisle passing 11 pieces of legislation signed by Democratic Governor Ralph Northam and worked with Senate Democrats on coal ash clean-up. She fought against the state’s medicaid expansion and is a member of the Health and Education; Transportation; Local Government; and Privileges and Elections committees.

“Voters have two very different versions,” said Chase. “I would say if you want to continue to enjoy your liberties, vote Amanda Chase, if you want to vote for the new Amanda, the socialist Amanda, we are going to be heading toward socialism and creating a very different Virginia, like New York."