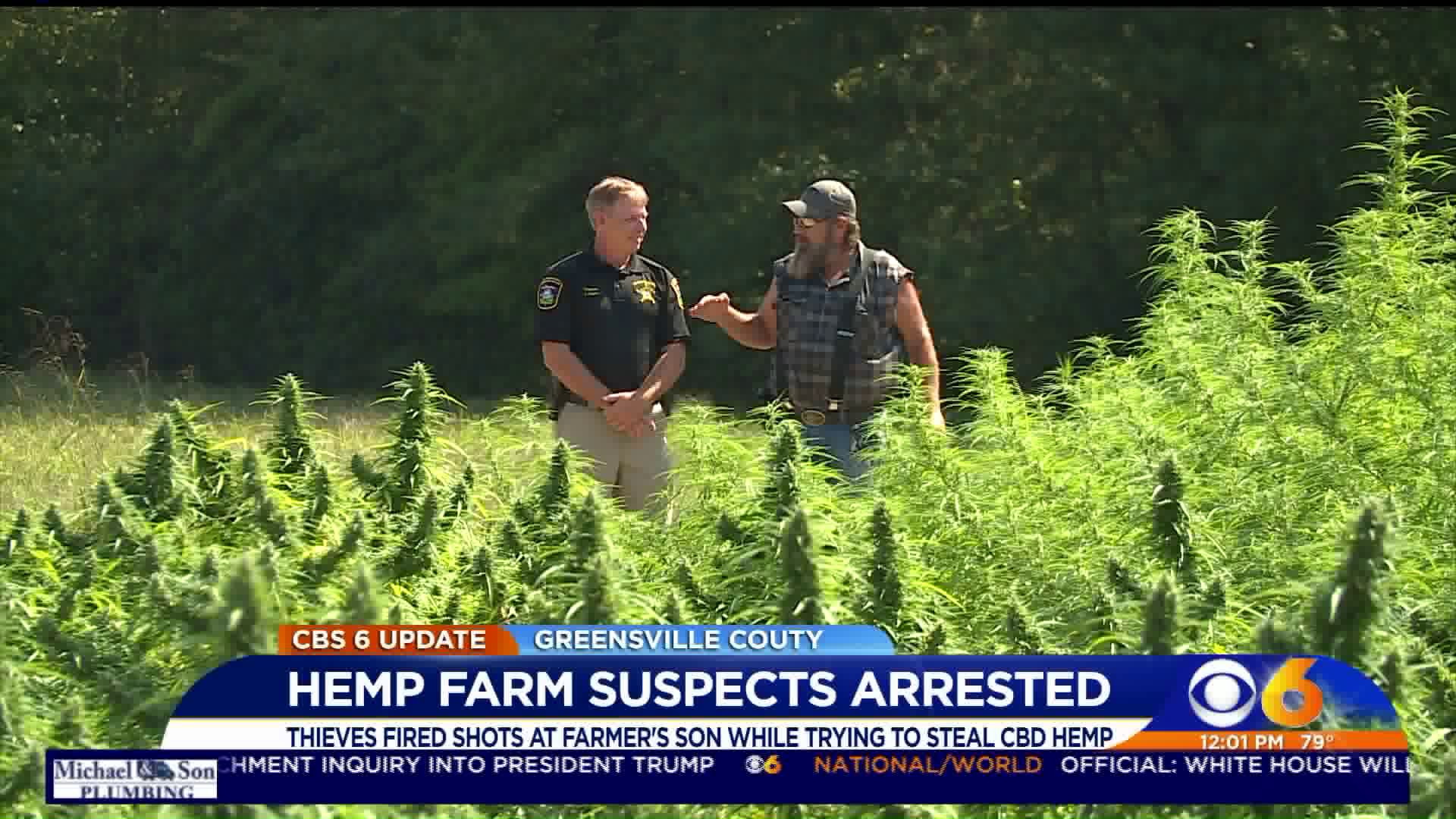 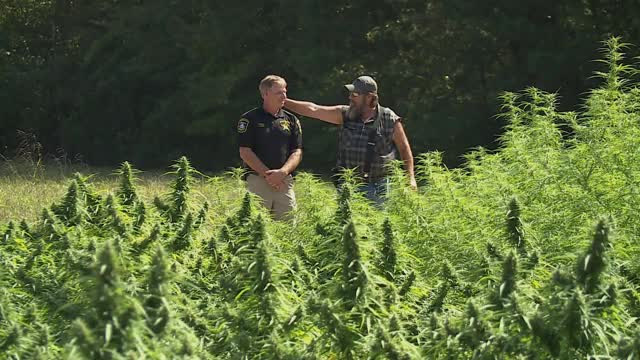 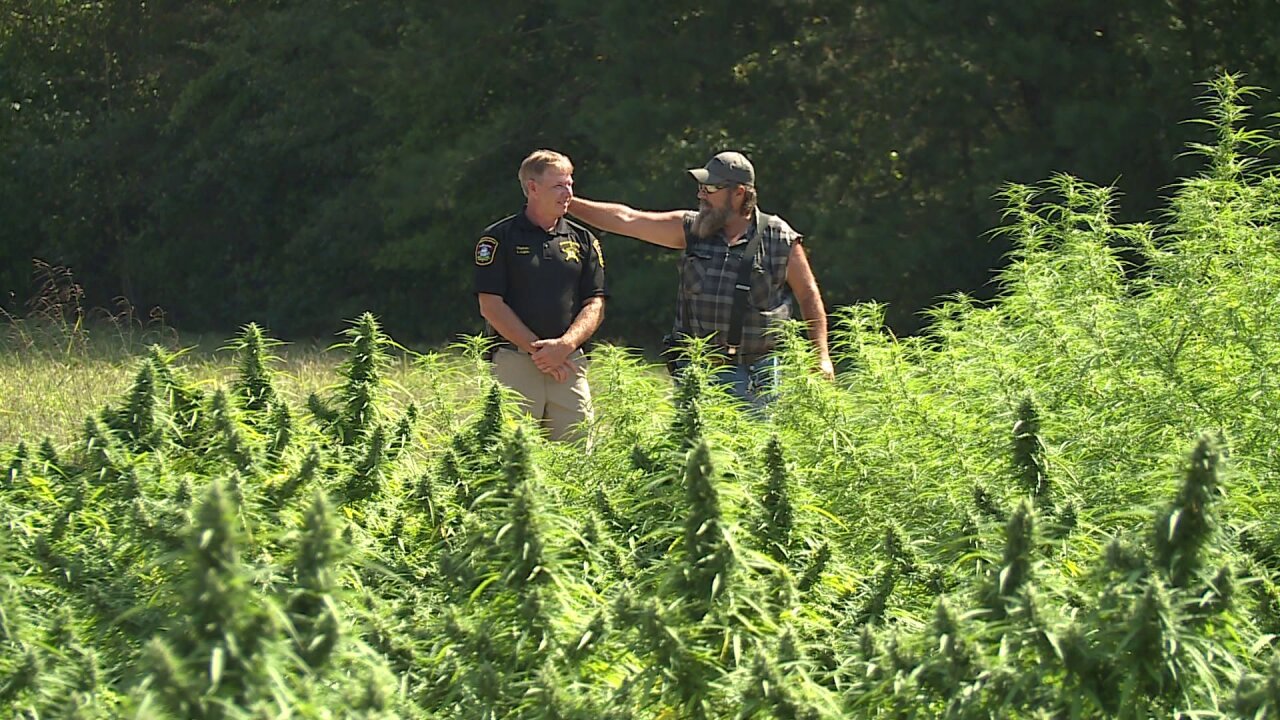 The men, Jonathan Christopher Queen and Kwame Cooper, were charged with felony grand larceny and felony eluding a police officer.

Investigators were still working to determine if the men were connected to a previous shooting in Powell's hemp fields.

Powell and his sons have been sleeping in their family's fields in an effort to protect the hemp plants they grow for CBD products.

Powell said he started carrying a gun at the farm after one of the thieves fired shots at his son's truck.

"I don't want to have to hurt nobody. But they shot at my flesh and blood," Powell said.

Powell, 52, said he and other tobacco farmers have switched to growing hemp in order to keep their family farms alive.

"This hemp market is going to get me back on my feet," he said. "[It will help] keep [me] from losing everything I've worked for all my life and what my daddy left me."

Anyone with information that could help investigators is asked to call the Greensville County Sheriff’s Office at 434 348 4200.