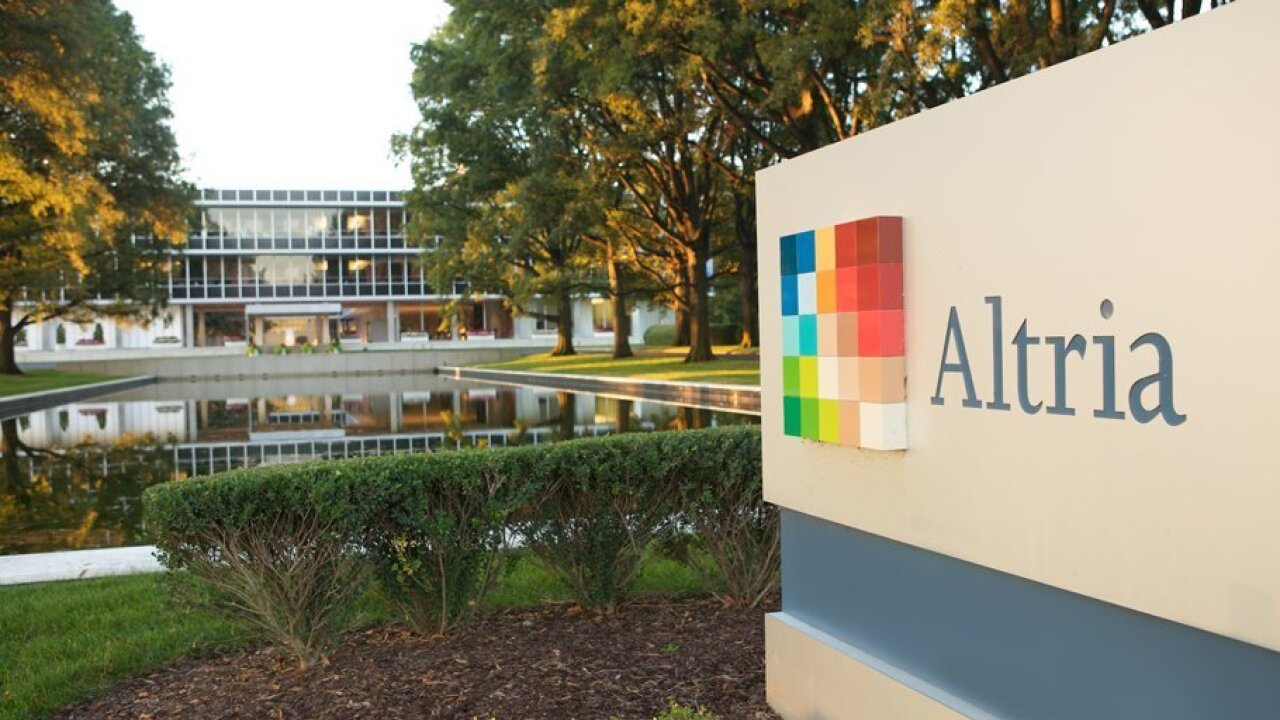 Altria made a big bet on vaping. Will it still pan out?

RICHMOND, Va. — Tobacco giants Altria and Philip Morris, which were once one company, have ended their discussions to reunite in a colossal merger that could have been worth more than $200 billion.

Shares of Philip Morris, which sells cigarettes internationally and owns the iQOS e-cigarette brand, rose 5% in early trading following the announcement while Altria, which sells Marlboro and other tobacco brands in the United States, was flat.

In related news, Altria said that its senior vice president K.C. Crosthwaite would be leaving the company to take over as CEO of Juul, the controversial vaping company that Altria bought a nearly 35% stake in last year for nearly $13 billion. Crosthwaite is replacing Juul co-founder Kevin Burns as CEO.

Both tobacco companies are grappling with how to rejuvenate sales growth at a time when a growing number of cigarette smokers around the world are quitting because of the well-documented links to cancer and heart disease.

The hope was that e-cigarettes would rejuvenate sales at a combined company.

Philip Morris has repeatedly said it hopes to one day to no longer sell traditional cigarettes. It plans to rely instead on smokeless technology, such as its iQOS electronic cigarettes, which heat tobacco but still contain nicotine.

Altria, in addition to its Juul stake, already has a deal with Philip Morris to sell iQOS devices in the United States. But there have been several reports of illnesses and even deaths tied to vaping.

As a result of the mounting backlash, Walmart announced last week that it would stop selling e-cigarattes.

The White House is also cracking down on the sale of flavored e-cigarettes.

According to a plan proposed by the Food and Drug Administration two weeks ago, the government will temporarily ban non-tobacco-flavored e-cigarette products such as mint and menthol, which many have argued are geared toward teens.

The Centers for Disease Control and Prevention has issued its support for the new regulations.CDC director Robert Redfield said in a statement that the FDA rules are “an important step in response to the epidemic of e-cigarette use among our nation’s youth, and will help protect them from a lifetime of nicotine addiction and associated health risks.”

Philip Morris CEO André Calantzopoulos said in a statement that “the companies have agreed to focus on launching IQOS in the US as part of their mutual interest to achieve a smoke-free future.”

Altria chairman and CEO Howard Willard also touted the iQOS deal, but he lamented the fact that a merger was off, saying that he “believed the creation of a new merged company had the potential to create incremental revenue and cost synergies.”

Altria softened the blow for investors somewhat though. The company raised its earnings outlook for 2019 slightly. The company is also continuing to try and diversify beyond traditional cigarettes as well. Altria owns a 45% stake in Canadian cannabis company Cronos and is a significant investor in beer giant Anheuser-Busch InBev.