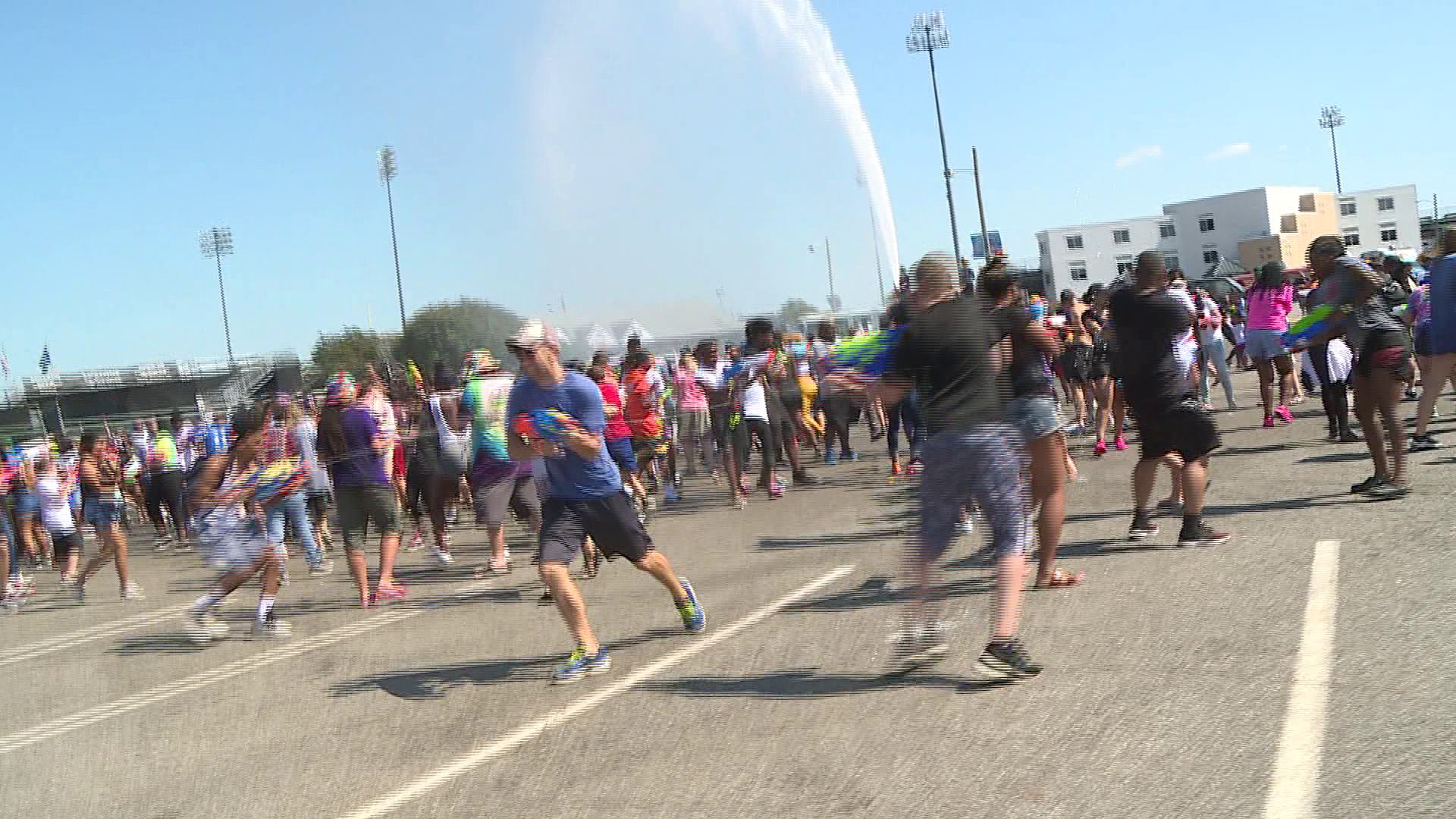 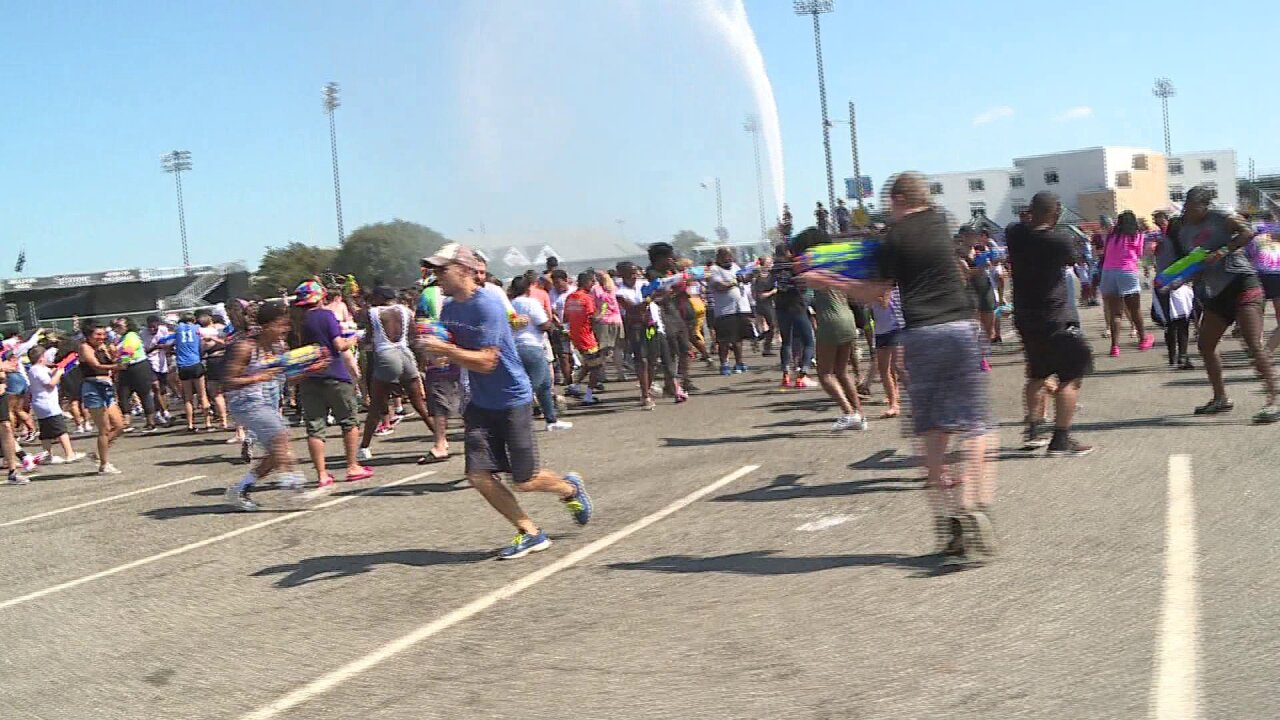 RICHMOND, Va. — The VCU graduates behind those viral water gun fight videos this summer attempted to break a record outside the Diamond Saturday.

Josh Roth, Zane Robinson, and Hallelejuah shot the first video, which shows a group of young men running up to strangers, tossing them a water gun and then asking the other person to fire first, near Monroe Park in July.

Now, the three friends behind the water gun challenge called on the community to come and break the world record for the largest water gun fight.

"The whole point of this is to spread love and spread joy, and that's what we're doing today," Josh Roth said.

Roth and Hallelujah also figured out they spread happiness as their water gun challenge videos have been viewed tens of millions of times on social media in less than two months.

"We're so grateful you guys showed us so much love," Hallelujah said.

The trio decided to bring RVA SplashFEST to the city where the challenge began.

"We have people from all different walks of life," Hallelujah said.

"Somebody from England is here," Roth added.

The water gun challenge guys claimed that there were a little more than 4,000 people in attendance for Saturday's event.

However, there was not a Guinness representative on site to officially verify the number.

Still, the goal was way more than any title.

"This is get up and get it.  What does that mean?" Roth said. "It means to make the most of your 24 hours.  We all get the same amount of time each day, but you determine what you do.  So get up, and get it, put in some work, have some fun, and enjoy life!"