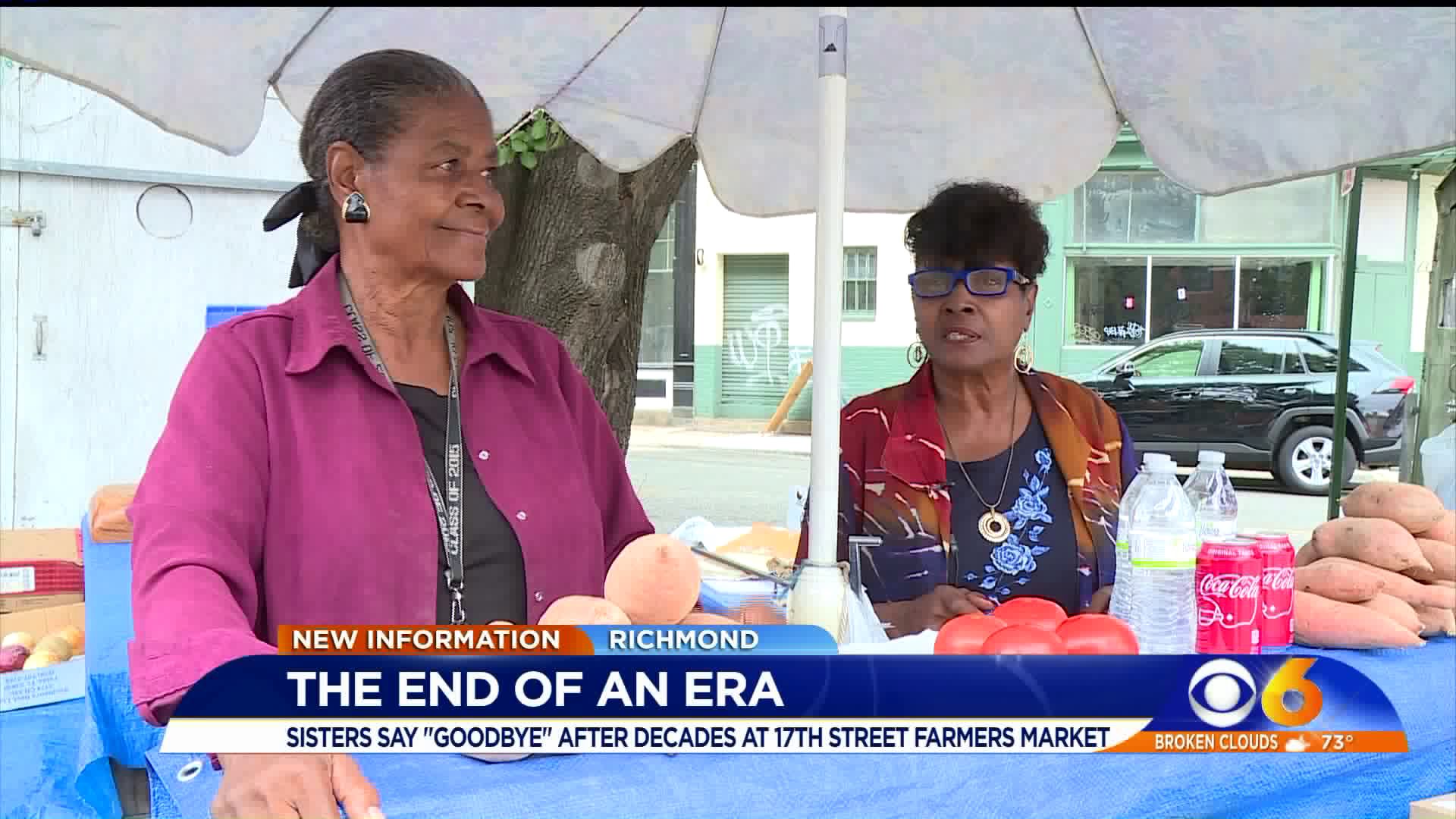 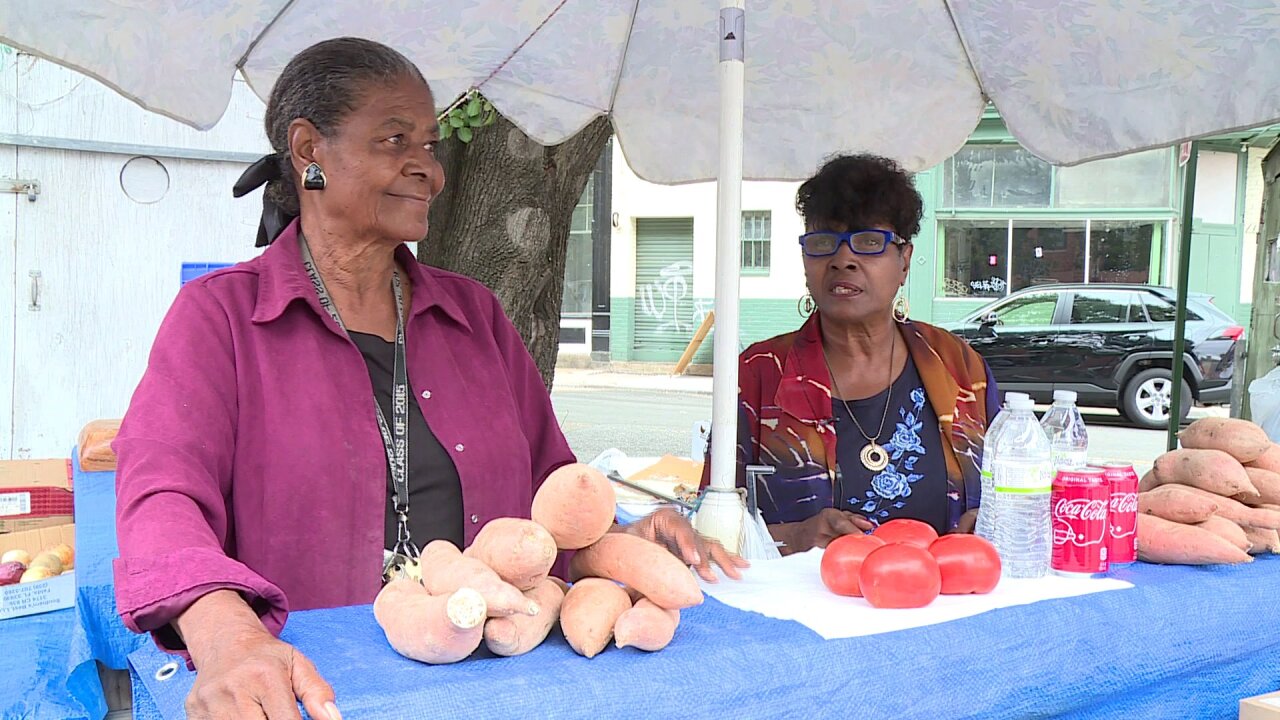 RICHMOND, Va. – Sunday marked the end of an era for a pair of octogenarian sisters at the 17th Street Farmers Market in Richmond.

Evelyn Allen and Rosa Fleming said goodbye to their stand after spending more than seven decades of selling produce in Shockoe Bottom.

Marketgoers could always find Allen and Fleming at the market on the corner of Franklin and 17th streets.

The sisters, who were named legacy vendors by the city, sold tomatoes, potatoes and greens among other items.

They said their father first sold produce at the market and the family tradition has continued ever since.

"It makes me feel good, and I think of my father,” Rosa Fleming said. “I use my father's scales."

Fleming said coming to the market has been a mainstay in her life.

"I've been on the market since I was five years old,” Fleming recalled. “I had a birthday Saturday, Sept. 14th. Thank God, I were 80 years old."

In late August officials announced with "mixed emotions" that the 17th Street Growers Market had been "discontinued" for the remainder of the year.

“Thank you for supporting this historic endeavor and for understanding our need to regroup,” officials posted on the community’s Facebook page. “We will be doing a great deal of evaluating, planning and developing over the next few months to create sustainable programs for the 17th Street Market.”

The City of Richmond took back control of programming for the market in July after a three-year renovation project that wrapped up in 2019.