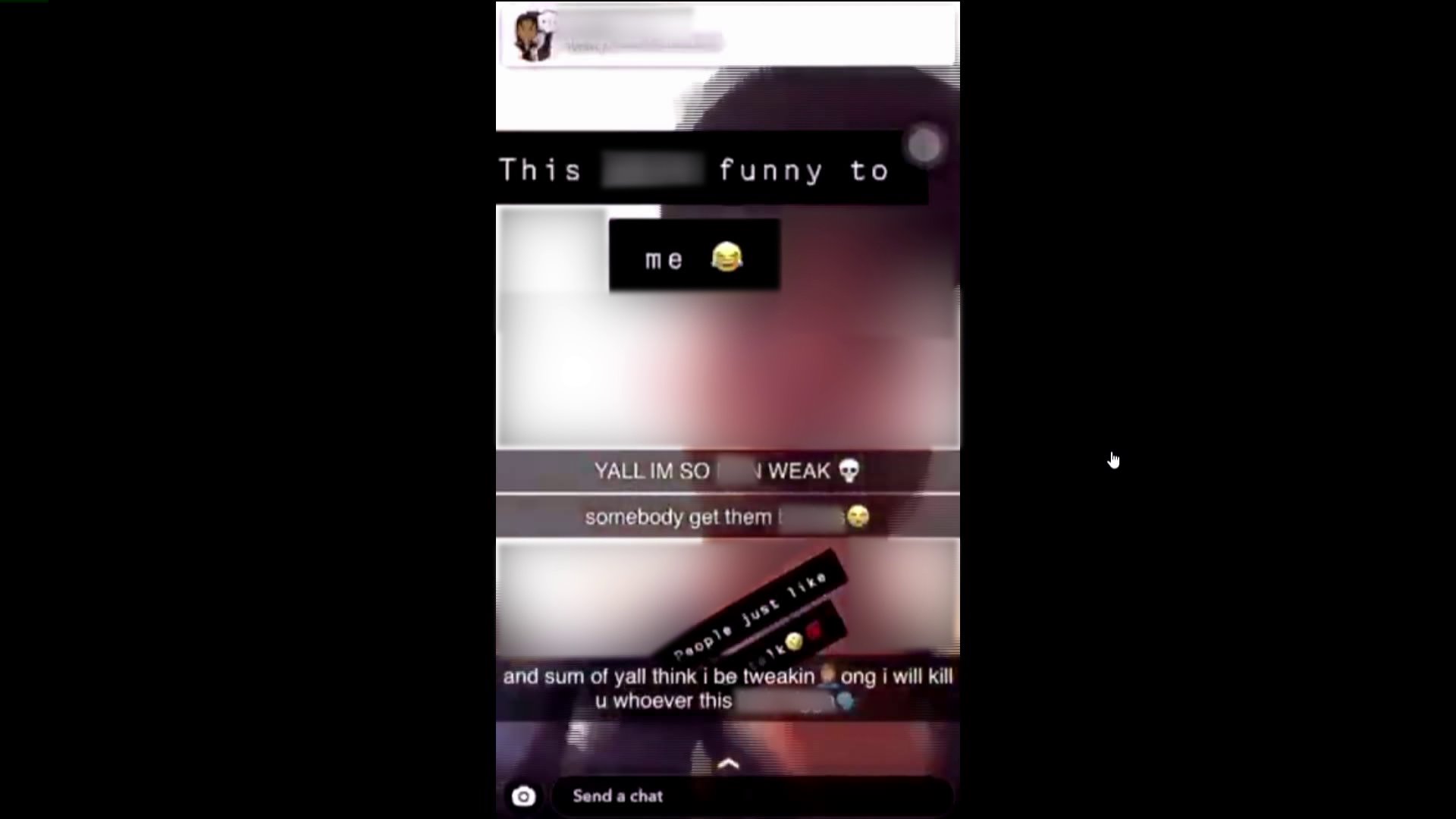 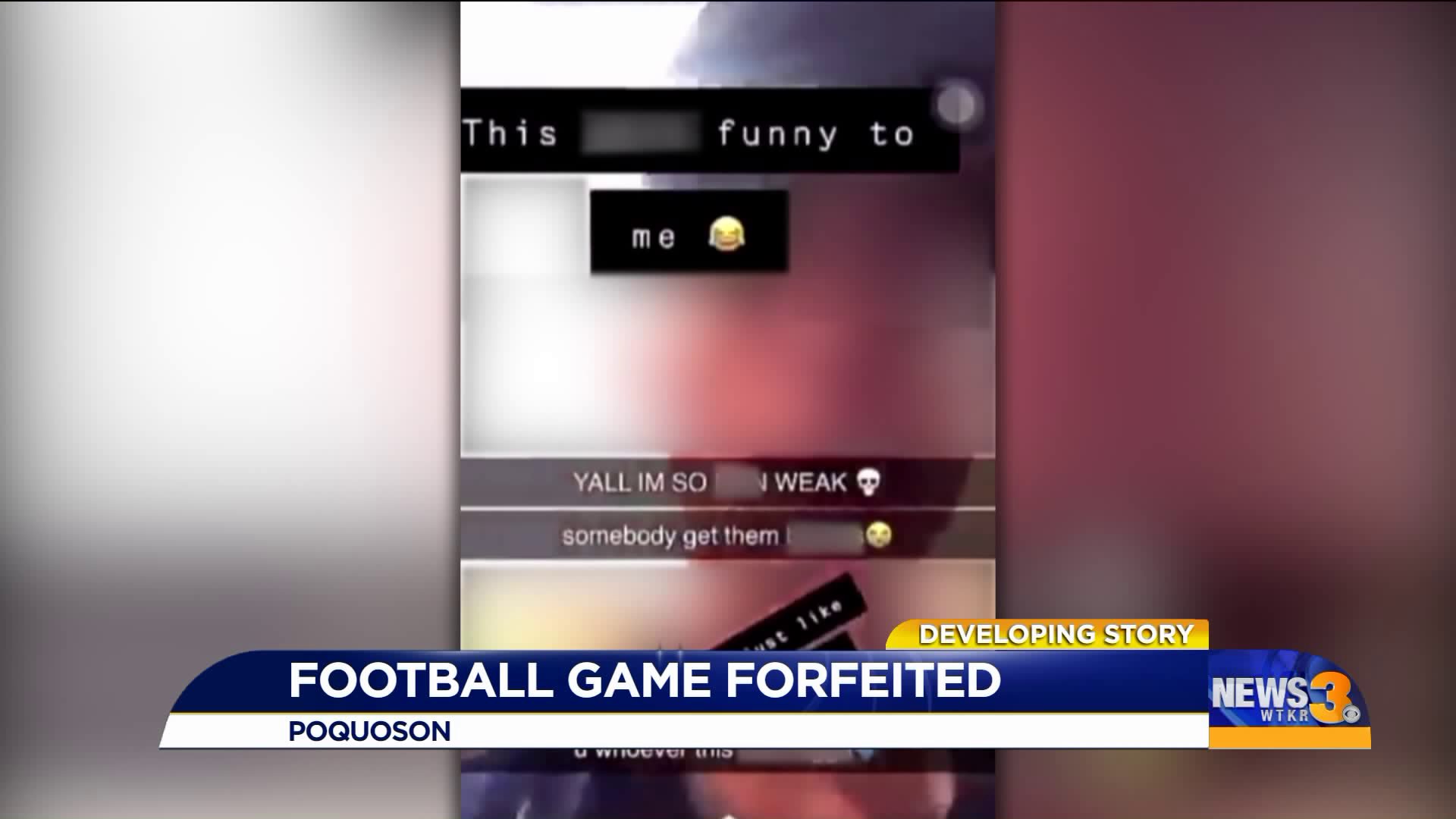 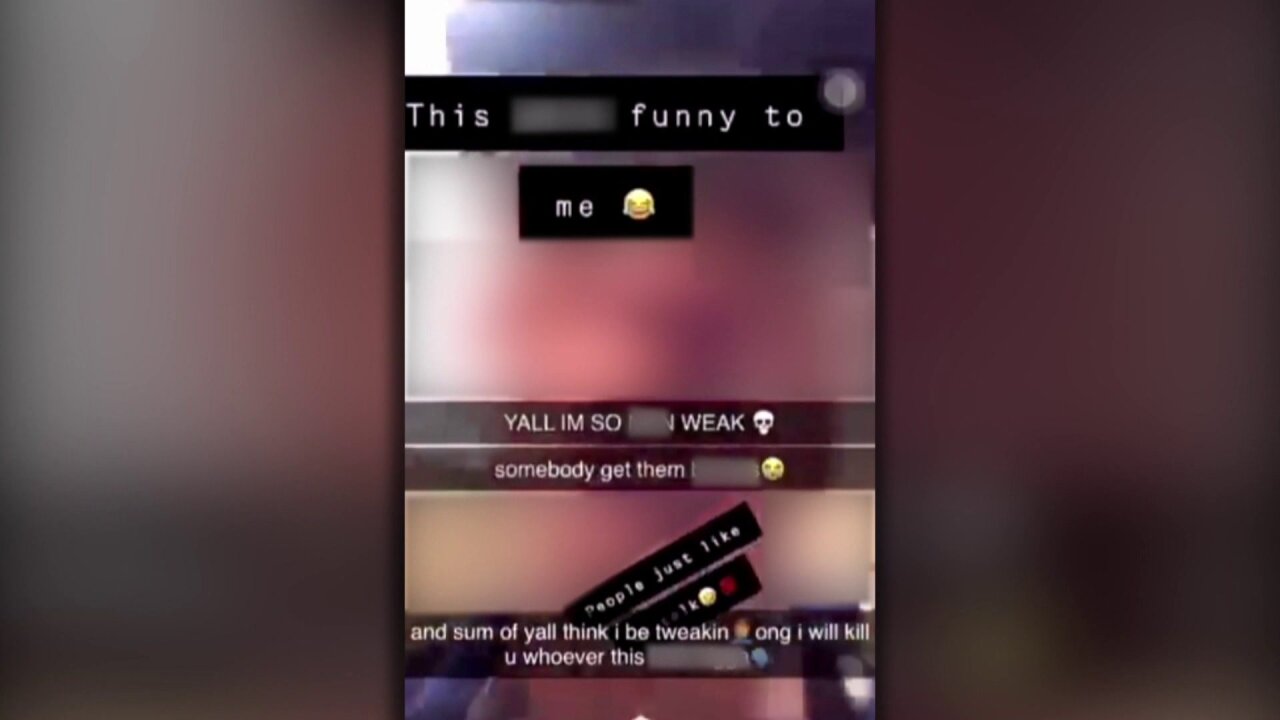 As a result of the incident, the football game against York High School and all associated activities scheduled for Friday, September 13 have been canceled, the school announced on its website.

The language and behavior in these videos have no place in our schools or in our community. We find it abhorrent, and, while these videos were created outside of school, we are taking action within the scope of our Code of Conduct and under division policy.

As a school division, we will continue to take a strong and unified stance against racist behavior and language. Our schools welcome and serve all students, and we stand firm in our effort to maintain safe educational spaces for all students.

WTKR spoke to a number of different people about the incident, and reactions to the decision to cancel the game have been mixed.

Chevis Smith's son, Karon, plays Poquoson High's football team. He said it's not fair to "hold a whole community hostage for something that a child has said."

"He should be punished, but not the whole team. The game shouldn't be canceled," Karon told us. "He should've been punished by himself. One bad apple shouldn't spoil the whole bunch."

However, others told News 3 they think the whole season should be canceled.

"Do I think it's a good thing they canceled the game? Absolutely," said longtime football fan Michael Johnson. "You can't go around spouting off vulgar language."

"I'm sorry - I know it wasn't everyone on the team, but they have to pay the price for the ones that did it," agreed Jo Leeson, who lives nearby.

The district said the video was taken outside of school, and students say there was an argument between other kids from the two schools.

School officials say while they know some will be disappointed that the game was canceled, they say they have a responsibility for student safety and to help students understand that behavior has consequences.

"They're showing that they're going to put forth the effort to show that there's no tolerance for that, so I respect that," said Chevis, who added that he's one of the few black families in the area but that it's by choice.

"The simple fact that everybody out here is not like that - I can vouch for that," he said.

Chevis also stressed that he doesn't blame the parents of the child who's in the video, the school or anyone else in the community.

In a statement, a spokesperson for the York County School Division said they "respectfully understand the decision" to cancel the game against York High in light of the incident:

The York County School Division and York High School appreciate the communication and consideration that the Poquoson City Schools leadership has provided throughout this week and we respectfully understand the decision that division made in the interest of student safety.