Brad Pitt surprised Ellen DeGeneres when he appeared on her show Friday as an overenthusiastic audience member.

Sitting in a pageboy cap and a blue button down, Pitt clapped and wooed along with the crowd when DeGeneres spotted him and invited him to come down and sit in her guest chair.

“I’m good,” he replied, adding that he had the day off and wanted to see the show. “Carry on.”

Pitt kept interrupting, asking if the Ellen Shop was open after the show and remarking, “Good. I love the underwear.”

RELATED: Enter to win trip for two to see Ellen Show in LA 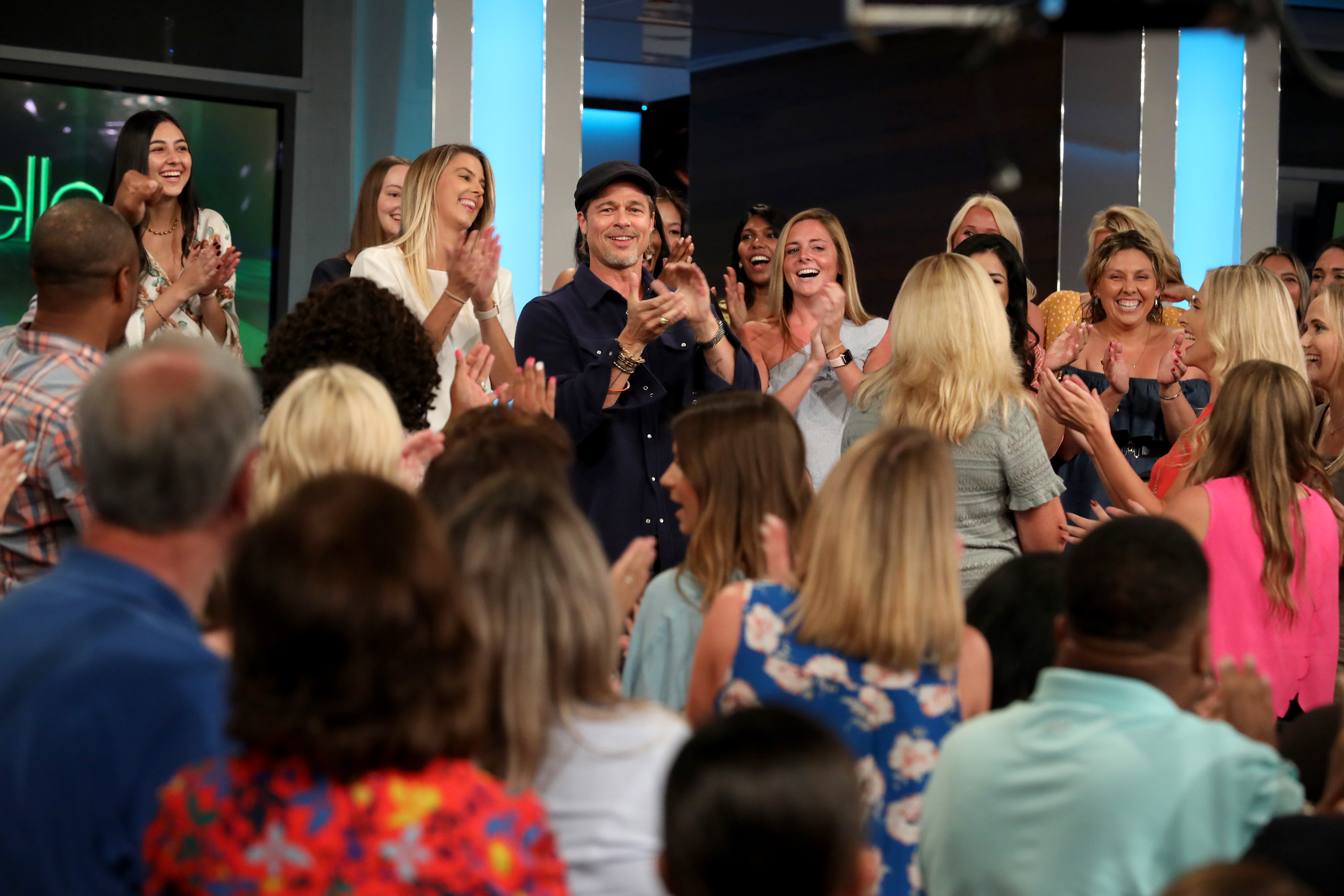 Eventually the actual guest, Sean Hayes, gave up his seat to Pitt because “those eyes.” Pitt hugged DeGeneres, telling her he’s a “superfan,” and the two got to talking. They quickly discovered they share an ex.

The “Ad Astra” star and the TV host met at a pool party at Melissa Etheridge’s in the late ’80s or early ’90s, where Pitt says, DeGeneres was hitting on his then-girlfriend.

“I was flattered,” he said.

DeGeneres then revealed at one point she actually dated another one of Pitt’s former girlfriends.

“We’ll talk about that later,” she laughed.

After the show,” Pitt said.