‘Baby Buns’ is off to school: ‘God is great’ mom writes in emotional post 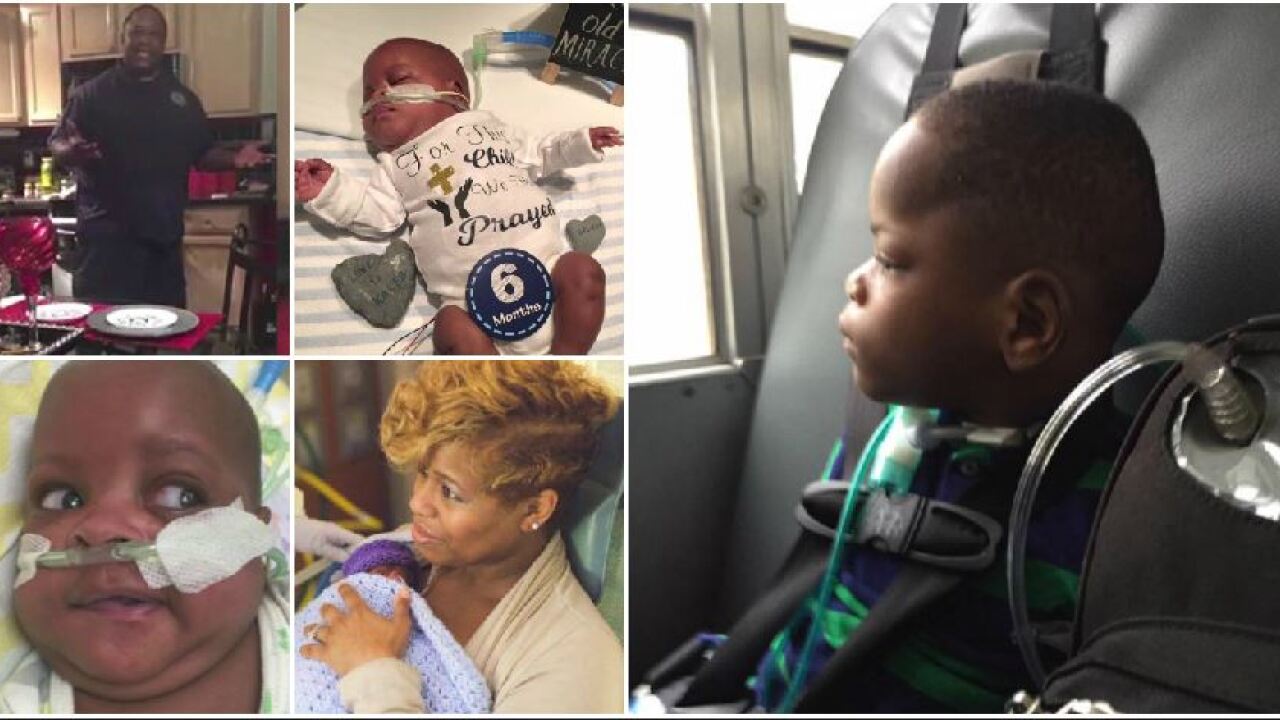 DINWIDDIE COUNTY, Va. — He was famous before he was born. And in what may seem like the blink of an eye to some people following his story on social media , Kaleb “Baby Buns” Graves is off to school. The almost four-year-old boy started Pre-K this month, his mother wrote in an emotional Facebook post.

“As parents we see all of the qualities that make our children wonderful. But we fear how the world will view them. On their first day of school, our worries are much more complex than just wondering if they will fit in or make new friends,” Dana Griffin-Graves, who has chronicled her son medical journey on Facebook, wrote. “Today was #TeamKaleb’s first day of Pre-K and his first time ever riding the school bus. I will have to admit my stomach was in knots and my eyes were full of tears as the bus pulled away. Some of the diagnosis have stolen some of the basic cognitive, gross and fine motor skills, so I knew at the end of his school day I could not call him and ask how was it? I can only look in his eyes and read his body language and pray I don’t see a look of terror but one of calmness.”

Kaleb, you may recall, was born in October 2015, 16 weeks before his due date and just a few days after the announcement of his “miracle conception” went viral on social media.

Dana Griffin-Graves and her husband Arkell made international headlines when they posted their emotional pregnancy video online. Dana said she and her husband started trying to have kids after they got married 17 years before Kaleb was born, but gave up after multiple miscarriages.

So how was Kaleb’s first day? Dana provided an answer.

“I received a call from his nurse this afternoon, I could tell from the excitement in her voice, it was a great day for #BabyBuns. She reassured me, ‘Momma, we got this!’ (My nurses are the best!)” she wrote. “Although he’s unable to sit up and support himself on his own, he made every effort to sit up tall in the seat to enjoy the view out the side window of the school bus. He enjoyed the children in class and she said he even made a new friend. God is great.”