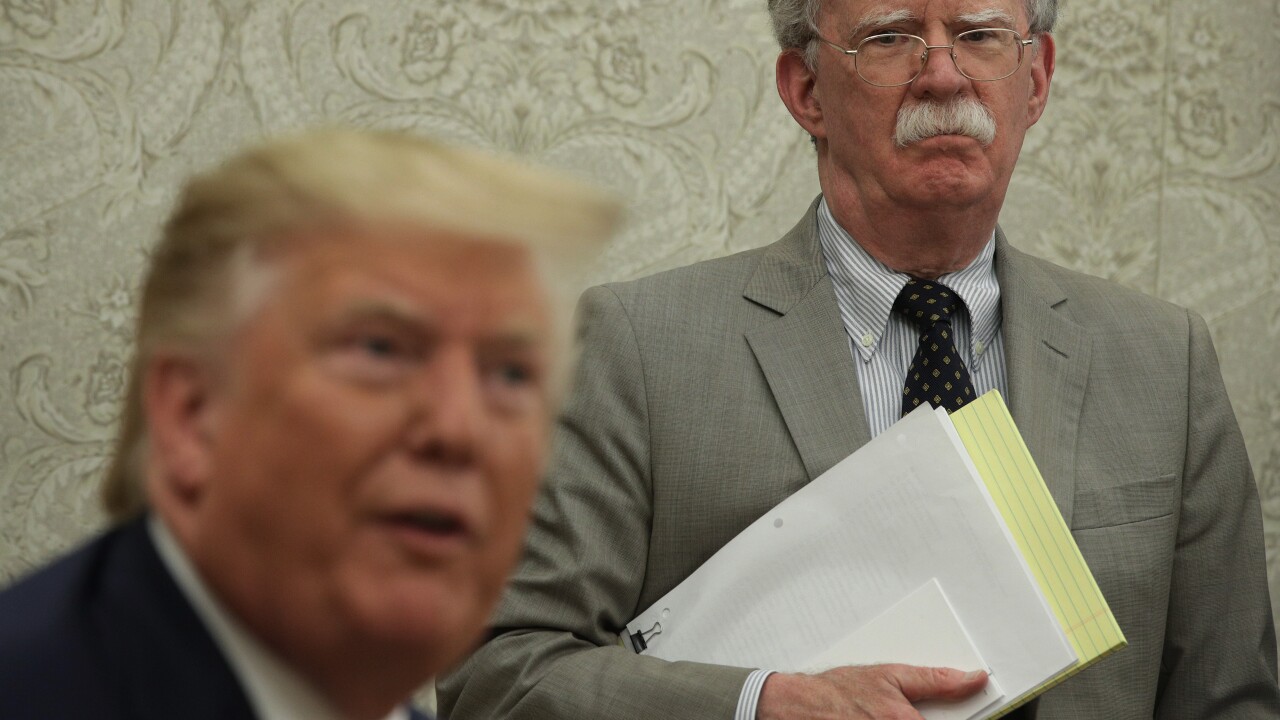 WASHINGTON, DC – AUGUST 20: U.S. President Donald Trump speaks to members of the media as National Security Adviser John Bolton listens during a meeting with President of Romania Klaus Iohannis in the Oval Office of the White House August 20, 2019 in Washington, DC. This is Iohannis’ second visit to the Trump White House and the two leaders are expected to discuss bilateral issues during their meeting. (Photo by Alex Wong/Getty Images)

WASHINGTON — President Donald Trump said Tuesday that he has asked national security adviser John Bolton to resign, noting that he “strongly disagreed with many of his suggestions as did others in the administration.”

“I informed John Bolton last night that his services are no longer needed at the White House. I disagreed strongly with many of his suggestions, as did others in the Administration, and therefore I asked John for his resignation, which was given to me this morning,” Trump tweeted. “I thank John very much for his service. I will be naming a new National Security Advisor next week,” he added.

The tweet came just one hour after the White House press office said Bolton was scheduled to appear at a Tuesday press briefing alongside Secretary of State Mike Pompeo and Treasury Secretary Steve Mnuchin.

CNN reported last week that tensions between top figures on Trump’s national security team had devolved into all-out hostility, creating a deep disconnect between staffers on the National Security Council, led by Bolton, and the rest of the administration, six people familiar with the matter said.