Hurricane Dorian left about 17% of Bahamians homeless, and finding refuge won’t be easy 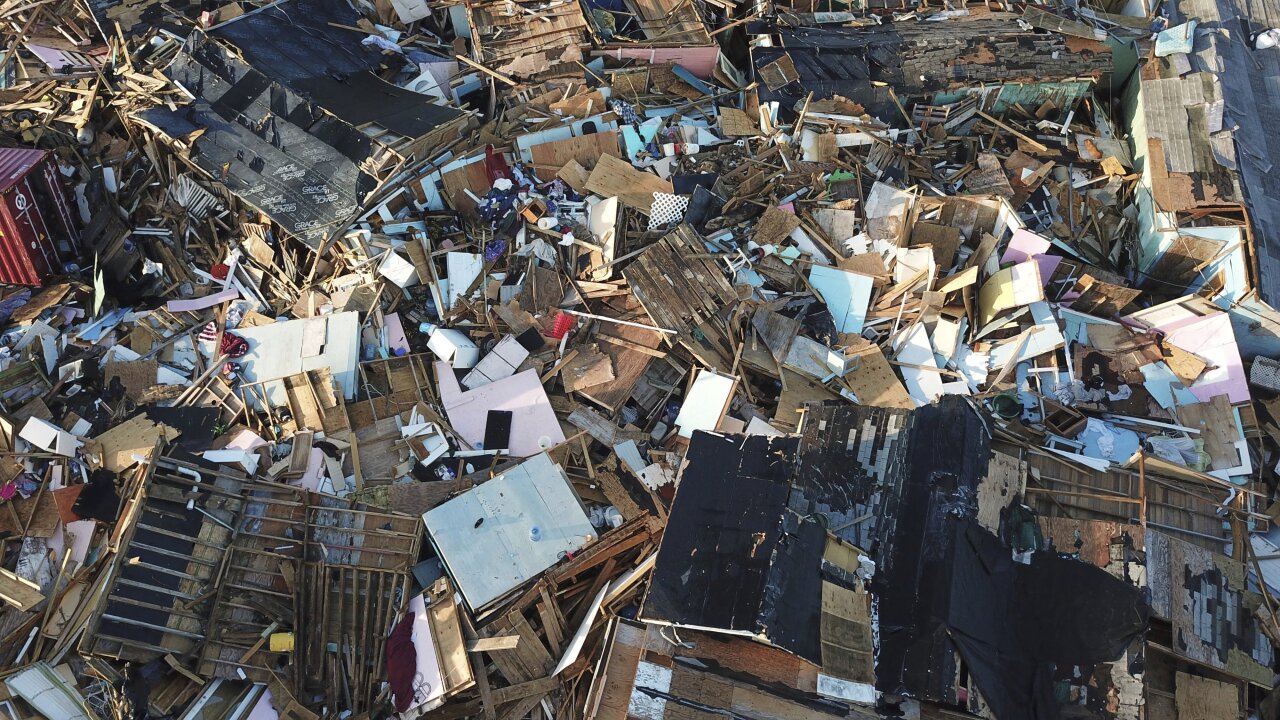 Nearly 5,000 residents have fled the Bahamas after a violent Category 5 storm ripped through their neighborhoods and left the islands in shambles.

Patrick Joachin stood in line at a police station in the Bahamian capital of Nassau, hoping to get a document that would prove he has a clean criminal record and eventually help him flee to the United States.

“I have nothing left here — no house, no job, no family,” said Joachin, who was evacuated from the Dundas Town neighborhood in Abaco on Saturday.

About 17% of all Bahamians are suddenly homeless after Hurricane Dorian wiped out neighborhoods and ripped houses off foundations. That’s 70,000 people who have lost almost everything.

Joachin wants to catch a flight to Tampa, Florida, where his mother and sister are living, and stay there until it’s safe to return to Abaco. If he doesn’t make it to the US, Joachin has no other place to go.

So far, about 5,000 people have been able to escape the country’s hard-hit Abaco Islands. Many others remain stuck in the northern Bahamas in precarious conditions.

Residents are sleeping in houses that are still standing but aren’t necessarily safe.

“So many people here are living in homes that are not suitable to be lived in here in Freeport and in Grand Abaco,” CNN’s Patrick Oppmann said Tuesday from Freeport.

And those are the lucky ones.

In just one town, Marsh Harbour, satellite images show about 1,100 buildings have been destroyed, according to the humanitarian aid agency Map Action.

On Grand Bahama island, residents “worry about eating spoiled food because so many markets lost their generators,” Oppmann said.

“There’s a black market for bread now and every little item that … we all take for granted.”

Tuesday, nine days after Dorian made landfall in the Bahamas with 185-mph winds, “we are still without power. Still without water,” Oppmann said.

Some families are lining up for hours trying to get aid. Many include small children.

HOW TO HELP VICTIMS OF HURRICANE DORIAN

The Trump administration will not grant a form of humanitarian relief known as temporary protected status or TPS to Bahamians affected by Dorian, according to an administration official.

Administration officials ultimately decided that TPS was not an option for the Bahamians because of the statutory obstacles in place, the time it would take to provide relief and the number of those who would be eligible, according to the official.

TPS applies to people who would face extreme hardship if forced to return to homelands devastated by armed conflict or natural disasters, therefore the protections are limited to people already in the United States. Bahamians who haven’t already arrived to the US would likely not benefit from the protections.

CNN reached out to the Department of Homeland Security and the State Department, which is among those generally involved in the consultation, for comment. State Department referred questions to DHS, which has not yet responded.

The struggle to find refuge

Bahamian Prime Minister Hubert Minnis said evacuees will be able to come back. But no one knows how long it will take for ravaged islands to recover.

“I want to assure evacuees that as we start rebuilding their communities they will be returned home,” Minnis said.

Already, many Bahamians have had difficulty seeking refuge — both inside and outside the country.

By Sunday, all emergency shelters in the capital city of Nassau were full, the Pacific Disaster Center reported, according to USAID.

Over the weekend, about 119 ferry passengers hoping to evacuate Grand Bahama to Florida were told to get off a Balearia Caribbean boat if they didn’t have visas, the ferry operator said.

US Customs and Border Protection (CBP) has said the operator did not properly coordinate the evacuation ahead of time.

The ferry’s operator, Balearia, has since apologized for the “hardship and inconvenience” the passengers experienced. But Balearia also said it received conflicting information.

“We boarded these passengers with the understanding that they could travel to the United States without their visas, only to later having been advised that in order to travel to Ft. Lauderdale they required prior in-person authorization from the immigration authorities in Nassau,” Balearia said in a statement Monday night.

Stephen Silvestri, acting port director for the CBP at Port Everglades, said the evacuees were ordered off the boat by the ferry operator — not by any US government entity.

Tuesday, the acting commissioner of US Customs and Border Protection clarified the rules.

“The requirements remain the same for anyone trying to come to the United States. … They need travel documents, including the visa,” acting CBP Commissioner Mark Morgan said.

“That captain of that vessel, he knows that. And he knew that if he came to the United States with individuals without travel documents, it would have taken a long time because we’re going to do what we always do, which is properly vet everybody. And if they don’t have those travel documents, it’s going to really slow the process down. What he wanted to do was keep going back and forth and make as many trips” as possible.

But in some cases, Bahamians who don’t have travel documents might still be allowed into the United States.

“We’re trying to strike that balance,” Morgan said. “We don’t want this mass exodus from (the) Bahamas. … But those individuals who do make it to the United States that don’t have travel documents, of course … we’re going to apply discretion on a case-by-case basis. We’re not going to deny somebody solely because they don’t have travel documents.”

Countless people are still missing, and the death toll will likely soar

The official death toll from the Bahamas is now 50, police said. Authorities found 42 bodies on the Abaco Islands, and eight bodies from Grand Bahama island.

Many could be buried or trapped under mountains of rubble. Others may have been washed away by torrential storm surges and submerged.

Morticians on Marsh Harbour, the biggest town in the Abacos, said dive teams were needed to recover some of the submerged bodies.

“We anticipate the discovery of more deceased persons, as the process of search and recovery progresses,” the Royal Bahamas commissioner of police said.

USAID Administrator Mark Green said parts of the Bahamas looked “almost as though nuclear bombs were dropped on them.”

Marilyn Laing, a resident of High Rock on Grand Bahama, said she can’t describe how catastrophic the damage is.