Alex Trebek is back on ‘Jeopardy!’ 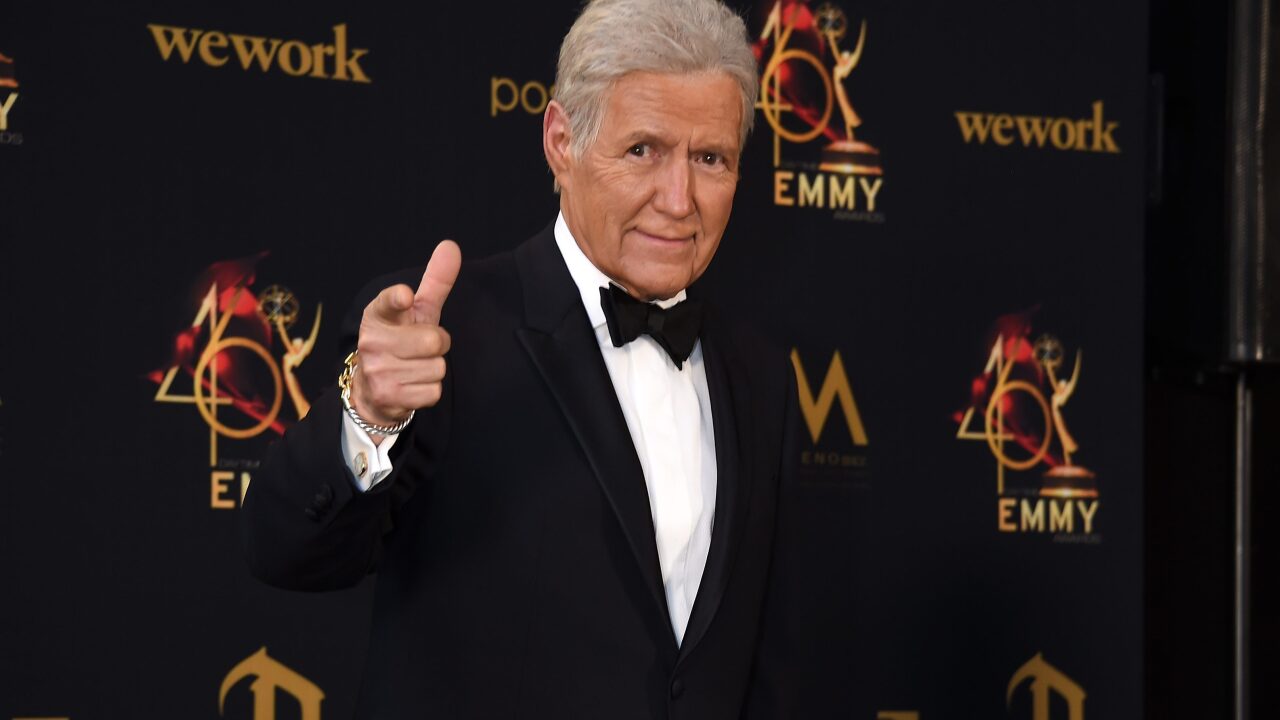 PASADENA, CALIFORNIA – MAY 05: Alex Trebek poses in the press room during the 46th annual Daytime Emmy Awards at Pasadena Civic Center on May 05, 2019 in Pasadena, California. (Photo by Gregg DeGuire/Getty Images)

Viewers of “Jeopardy!” got to see for themselves Monday night how Alex Trebek is faring.

The host was there for the premiere of Season 36 of the beloved game show.

It marked a return to the air for Trebek, 79, who for four months had undergone treatment for Stage 4 pancreatic cancer.

“I truly hope you folks have enjoyed revisiting some of our special tournaments throughout this past summer,” Trebek said as he opened the show. “But today, Jeopardy! begins its 36th season on the air and I’m happy to report, I’m still here.”

Trebek has completed his chemotherapy treatments and returned to taping “Jeopardy!” a few weeks ago.

It was business as usual as Trebek presided over the episode, in which returning champion Jason Zuffranieri won his seventh consecutive game, bringing his total winnings to $166,500.

In May, Trebek announced that he had been doing so well that his doctors had declared him “near remission.”

“It’s kind of mind-boggling,” Trebek told People magazine at the time. “The doctors said they hadn’t seen this kind of positive result in their memory … some of the tumors have already shrunk by more than 50 percent.”

The survival rate for those with Trebek’s kind of cancer is 9%, and he said the news that he may be beating the odds left him emotional.

“But they were tears of joy, not tears of depression,” Trebek said.