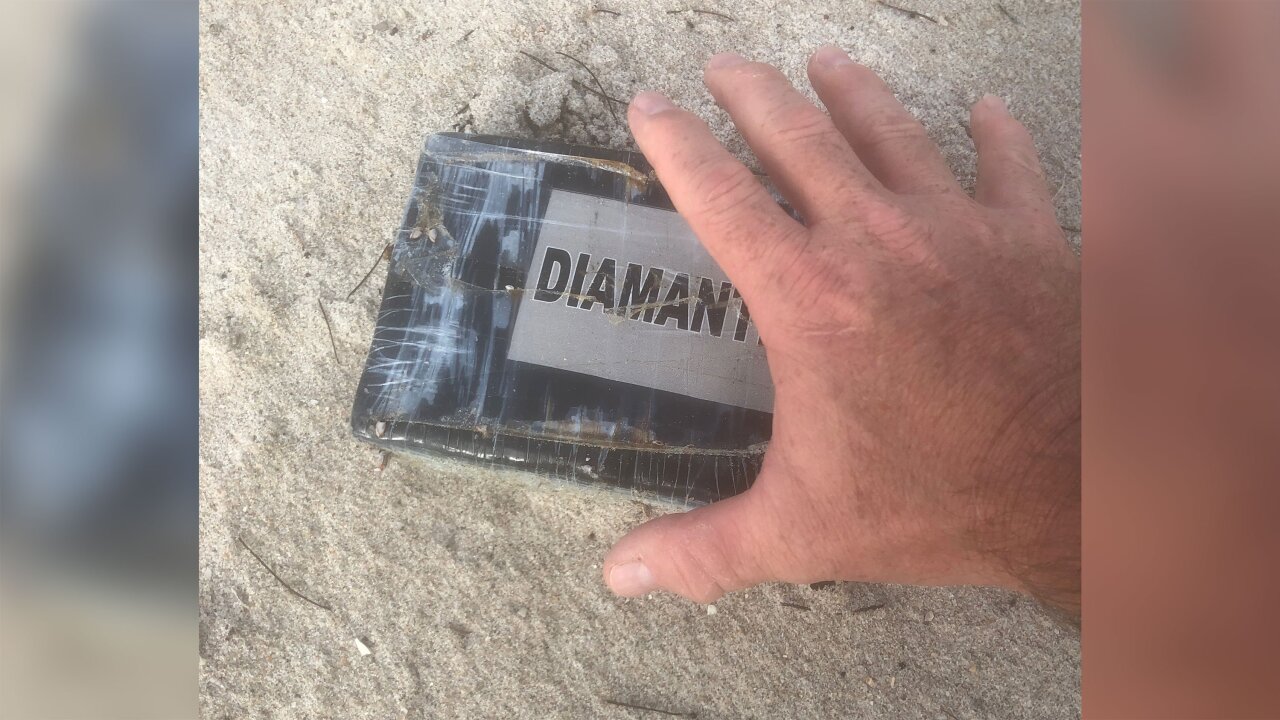 A kilogram of cocaine washed up Tuesday at Florida’s Paradise Beach Park.

TAMPA, Fla. – As Hurricane Dorian continues to churn, the storm is sending more than just wind and rain to Florida — it's causing bricks of cocaine to wash up on beaches, according to WFTX.

On Friday, a bag containing 15 bricks of cocaine weighing a kilo each, washed ashore on Cocoa Beach in Florida, Florida Today reports.

And it wasn't an isolated incident.

About 15 miles south of Cocoa Beach, another brick of cocaine was found at Paradise Beach and Park in Melbourne, Florida, NBC News reports.

At around 8 a.m. Tuesday, a beachgoer alerted a police officer to the suspicious package. The package of cocaine appears to say "D-I-A-M-A-N-T" on it, according to a photo from the Melbourne Police Department.

In both instances, the contents of the packages were tested and determined to be cocaine.

One kilogram of cocaine, on average, is estimated to be worth $28,000 in the United States, according to the United Nations Office on Drugs and Crime.

“There is a possibility that more will come onshore," Manny Hernandez, a spokesman for the Cocoa Beach Police Department, told Florida Today. "Especially now with these conditions. It could be coming from anywhere."

Beachgoers are urged to alert police to any suspicious items they encounter.

Track Dorian with the Interactive Hurricane Tracker on WTVR.com.

🌀Track Dorian with the Interactive Hurricane Tracker on WTVR.com.