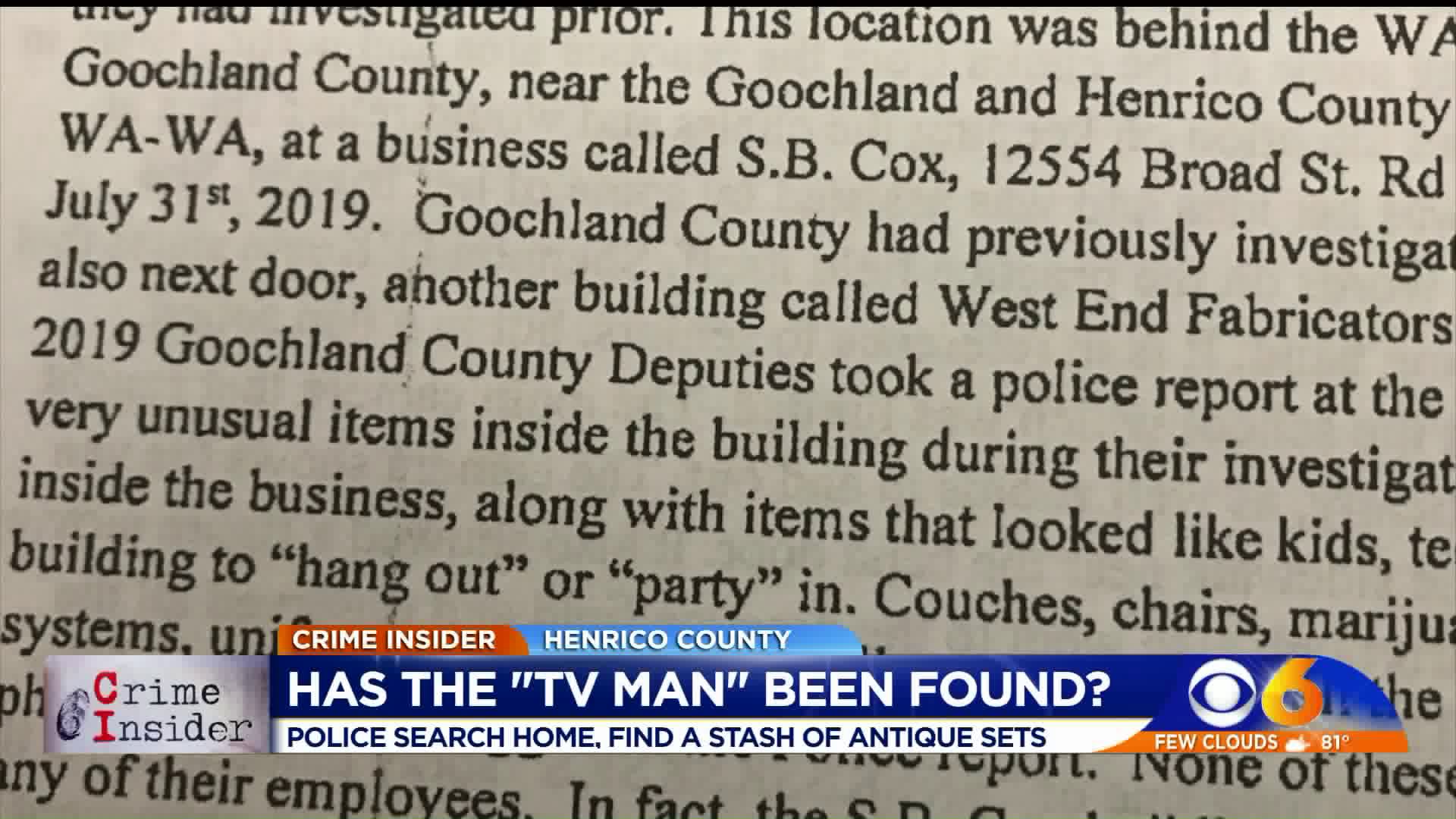 The search warrants for the suspect's western Henrico home in Twin Hickory are detailed, involving an abandoned building in Goochland, and a TV drop-off at Deep Run High.

In the overnight hours on August 11th, a suspect dubbed "TV Head" made his rounds, dropping off more than fifty old TV's on random porches in Glen Allen.

"It seems like a practical joke kind of thing, but I’m surprised it would happen here, though," said Harry McIvor.

"I probably would get a slight chuckle. Like, what is this thing doing here? Then throw it in the truck and take it to the dump, “ Mclvor said.

He lives down the street from the home where Crime Insider sources say more than half a dozen officers, including a detective, searched around 11 a.m. Friday morning.

The warrant states that the 19-year-old suspect could face three charges: dumping trash, trespassing, and felony wearing a mask in public.

"They're going to have to prove it with circumstantial evidence,” said CBS-6 legal expert Todd Stone. “If his sister is involved, then that helps. And if the clothing he was wearing in video is found in his possession then that certainly helps."

Court documents show both the young man and his sister were caught dropping TV's on the sidewalk of Deep Run High and spray-painting "Thenior" on them, which, she confessed to police, is ‘senior’ pronounced with a lisp.

Court documents also reveal the teen was caught by Goochland deputies around a recently burglarized building.

Moreover, more than 30 TV’s had been stashed inside an old abandoned building being demolished by S.B. Cox.

"One thing the prosecutor has is a lot of leverage because there could be multiple charges for every day he is out putting TV's on people's porches," said Stone.

Technically, the man could be charged with 52 felonies for wearing the TV as a mask, but Stone says that is not likely.

The young man has not been arrested yet.