Teen vaper spends weeks in hospital: ‘I really didn’t think it could happen to me’ 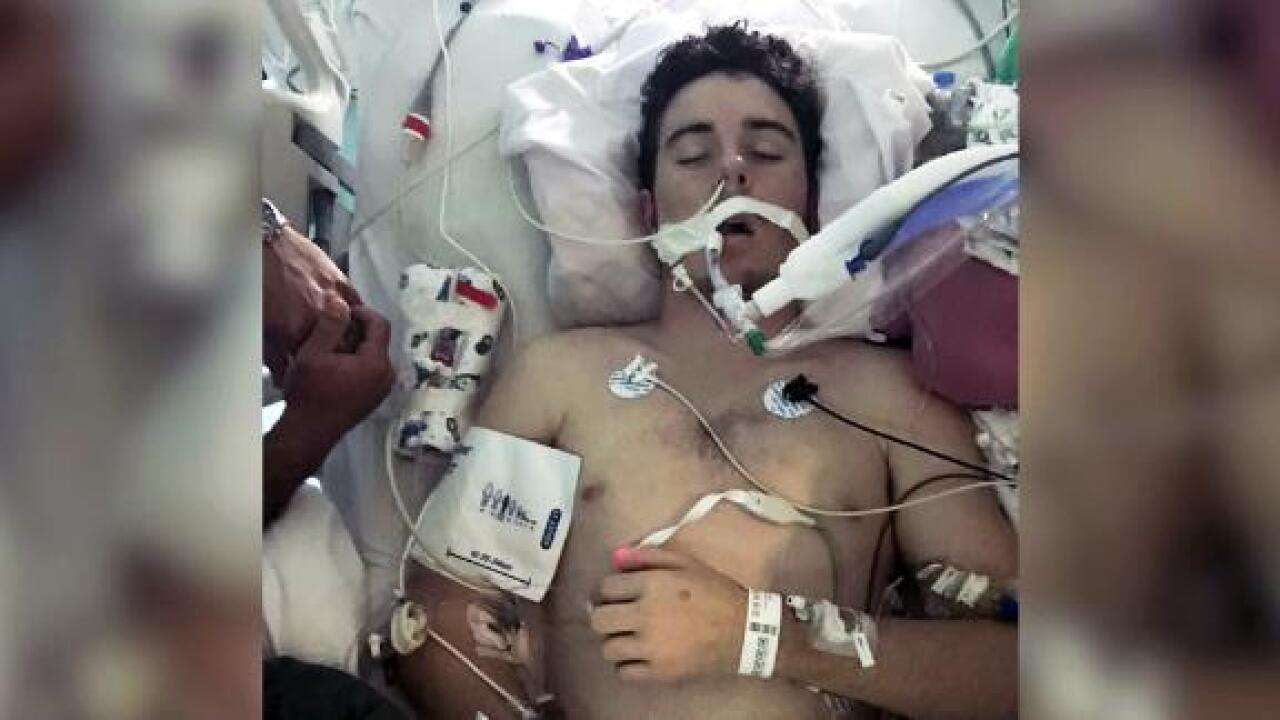 US health officials announced Friday that as of August 27, there are at least 215 possible cases in 25 states of severe lung disease that could be caused by vaping.

“Additional reports of pulmonary illness are under investigation,” according to a statement by leaders from the US Centers for Disease Control and Prevention and the US Food and Drug Administration.

Reports by individual state health departments suggest the total number of potential cases could be significantly higher, although some cases may still be ruled out. CDC declined to confirm the number of additional reports.

Still, this is an increase from one week ago, when the CDC announced it was looking into 193 possible cases in 22 states — including at least one death in Illinois. The 193 figure included unconfirmed cases, health officials told reporters last week.

“States are completing their own investigations and verifications of cases based on CDC’s recently released standardized case definition,” the Friday statement says.

Health officials say it’s unclear whether there’s a connection between cases, whether vaping definitively caused these illnesses and what components or chemicals of e-cigarettes might be responsible.

“Regardless of the ongoing investigation, e-cigarette products should not be used by youth, young adults, pregnant women, as well as adults who do not currently use tobacco products,” the CDC and FDA said.

The CDC, FDA and state health departments say they’re working together figure out which products might have been used and facilitate laboratory testing.

So far, the FDA has “received about 80 samples and continues to receive requests from states to send more samples for the FDA to analyze,” the statement says. “The samples represent a variety of different types of products and substances — a number of which contained incomplete information about the product.

“At this time, there does not appear to be one product involved in all of the cases, although THC and cannabinoids use has been reported in many cases.” THC, or tetrahydrocannabinol, is the psychoactive substance within cannabis.

In Wisconsin, health officials said Thursday that a majority of the cases in their state had inhaled THC products. Health officials in the state have issued stern warnings to residents: Stop vaping immediately.

According to the new CDC and FDA statement, patients have had symptoms like difficulty breathing and chest pain before being hospitalized. Some have had other symptoms, like vomiting, diarrhea, fevers and fatigue.

Officials say these illnesses have impacted many adolescents and young adults.

“It started out as cold chills, and then the headaches, and then quickly moved into breathing problems,” Tryston said.

Within a week, he was in a medically induced coma, unable to breathe on his own.

“We do not often see perfectly healthy teenagers come in and become so ill so quickly,” said one of his physicians, Dr. Karen Schultz, medical director of pediatric pulmonology at Cook Children’s Medical Center in Fort Worth, Texas.

“I was throwing up everywhere, my heart was just completely pounding, and I really couldn’t breathe,” Tryston said.

During his 18-day stay in the hospital, doctors ran multiple tests to figure out the cause.

“His chest X-ray went from having what we would have thought was a little bit of pneumonia to having complete white-out of both of his lungs,” Schultz said.

“At that point actually is when his cousin came forward and started talking about the fact that they had been vaping up in his bedroom.”

Tryston had begun vaping in the eighth grade, although his parents only found out about a year ago.

“As most parents of teenagers will tell you, he just got better at hiding it,” said his father, Matt Zohfeld. He said this could be anyone’s child.

Nearly 1 in 5 high school students reported vaping in the past month, the CDC said last year.

Matt said he never expected Tryston to end up at Cook Children’s, his lungs failing. Nor did either of them expect that vaping would be pegged as a potential cause.

“I don’t feel like I was doing it as much as others, so I really didn’t think it could happen to me,” Tryston said.

Schultz said that doctors ruled out other potential causes, like infection and autoimmune diseases, before “vaping was the only thing left.” Doctors call this a “diagnosis of exclusion.”

In Tryston’s home state of Texas, there are more than a dozen such cases. But some states have potentially several times that — with at least 38 in California, 35 in Illinois and 32 in Wisconsin, state health departments announced this week. These include a number of cases still under investigation.

These patients, many previously healthy, have come in with a range of symptoms including shortness of breath, fever, cough, vomiting, diarrhea, headache, dizziness and chest pain, according to health officials. A number of them have been admitted to the intensive care unit and placed on ventilators, as Tryston was.

“It’s hard to tell what to expect in these cases because it’s something new,” Dr. Humberto Choi, a pulmonologist and critical care specialist at the Cleveland Clinic, previously told CNN. Choi said he had seen several cases himself, though he was not involved in Tryston’s care.

“People had the impression that vaping was something safe,” Choi said. “They don’t connect new symptoms with vaping.”

Tryston doesn’t remember much of his stay at Cook Children’s, having spent 10 days in a coma.

At one point, however, he came to — unable to move his arms, with a tube down his throat, not fully aware of what was going on. Panicked, he bit at the tube and tried to spit it out.

He recalled how his father “made me look at him in the eyes and told me, ‘This is what’s breathing for me. This is the only thing that’s keeping you here at the moment.’ ”

Now, Tryston is focused on his recovery. He’s going to physical therapy and trying to regain some of the weight he lost. He’s not back to his old athletic self yet — but that’s not stopping him from sharing his story in hopes of getting the word out to other people his age.

“I definitely feel like I was given that second chance for a reason,” he said. “I’m definitely not the only one. I’m just the one spreading the word at the moment.”