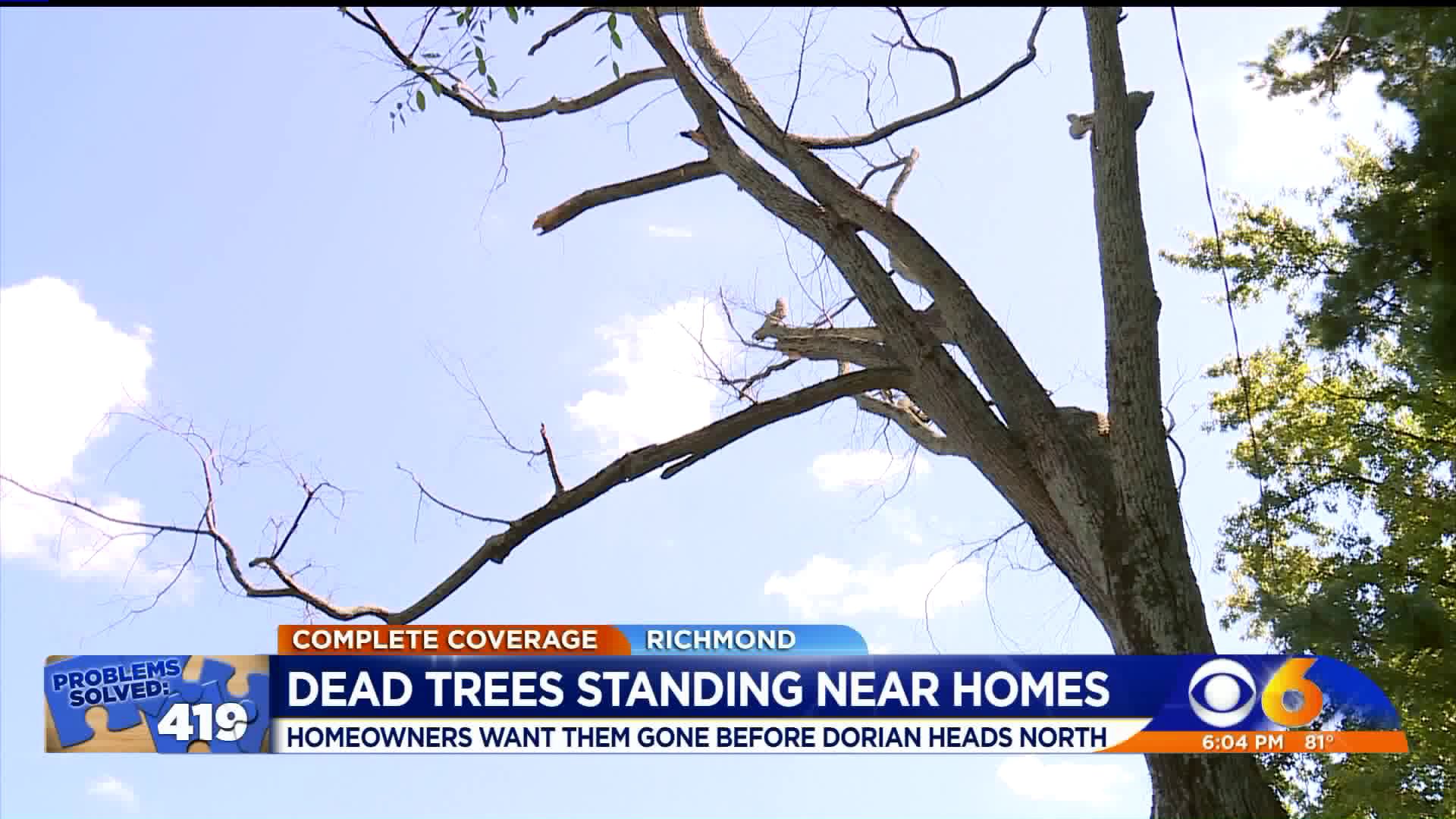 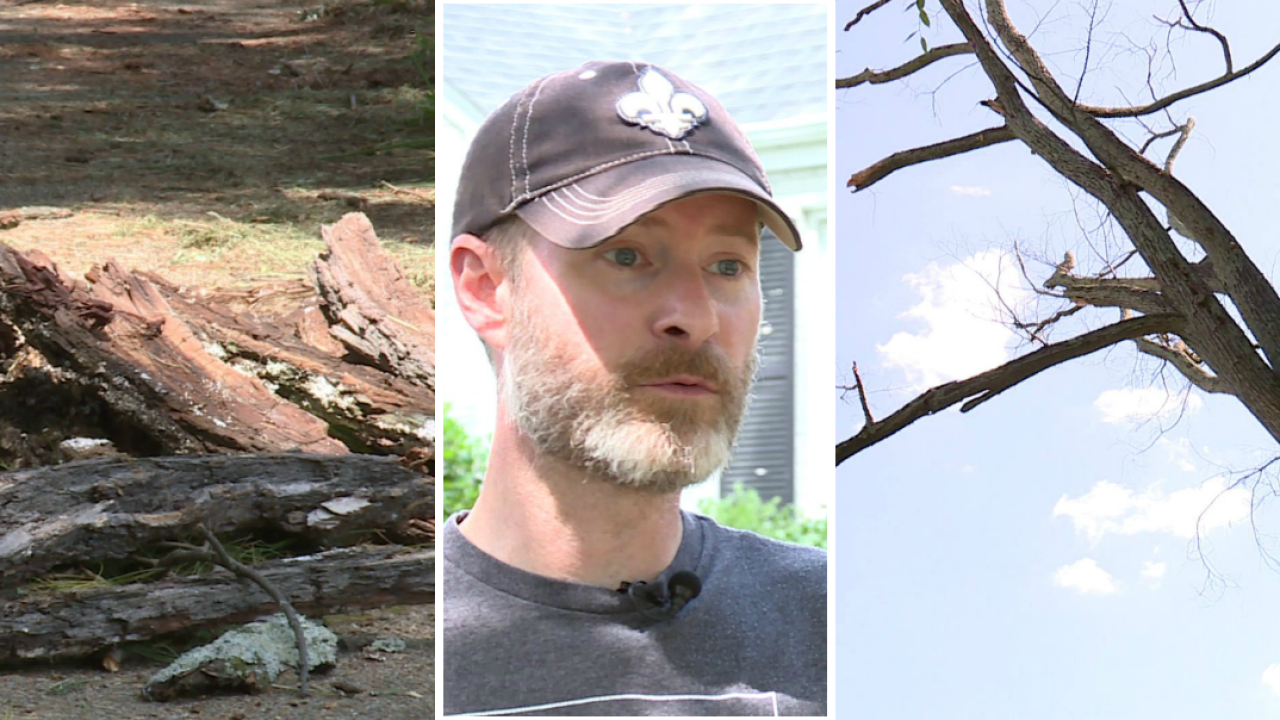 RICHMOND, Va. -- Like many others in his Northside neighborhood, Joshua Earman is watching the weather.

He’s curious to see if Hurricane Dorian brings any impact to our area.

The Richmond man says he’s more in tune to the weather these days for one reason: the trees on his block.

“We check regularly. Whenever there's a storm, we go around the block and check the trees to see what branches have fallen down,” Earman explained.

One tree in particular really makes him nervous, hovering above Brook Road near Whitby Road.

“There have been several occasions where I’ve gone out into the road and pulled several branches from the street. One was 12 feet long,“ he said.

Bark crumbling from the dead tree piles up on the sidewalk outside his home, and branches on the street are common.

“Our children walk to school and they ride their bikes on the sidewalk. So, we want to make sure big branches are out of the way,” he said.

Second District City Councilwoman Kim Gray said she reached out to city administration when her office was contacted by neighbors three weeks ago.

She says she was told that her neighbor put in a request through the city’s 311 system more than three months ago.

“There are mechanisms for emergency procurement of contractors, so to have someone wait three months for a response on a tree that clearly presents a danger to our residents, is unacceptable” Gray added.

The tree will be removed within 30 days, according to Vincent, who emphasized that they’re working as quickly as they can to clear a backlog.

Vincent says the city currently has a backlog of several hundred trees in the public right of way that are scheduled for removal.