Brothers recount surviving Hurricane Camille, which killed their entire family: ‘We lost our childhood in one night’

NELSON COUNTY, Va. -- You would be hard-pressed to find a more serene setting than Massies Mill.

Hugging the Tye River,  the small village sits nestled in the valley of Nelson County.

For native Carl Raines, his boyhood home once provided a sense of security.

“A day like this where I’m standing it feels safe,” Carl said. “To hear the rippling water. Tranquil and peaceful.”

But on the morning of August 20th, 1969 evil arrived without invitation - in the form of a hurricane.

“It is hard to imagine how violent it was,” Carl said. “I never experienced anything like this before and I never knew anyone whoever did.”

Four days before, Hurricane Camille ravaged the gulf coast 900 miles away. But what the 12,000 people living in Nelson county did not know was that Camille was barreling toward the Blue Ridge with no plans of leaving.

“We had no warning 50 years ago,” Warren said. But relentless rain and flooding homes in Massies Mill forced them to act.

“The lightning was so intense it was like daylight," Warren recalled.

The seven Raines and the neighbor’s four children escaped in the family station wagon. But their car was no match for the Tye River’s might, and the group had to flee on foot.

“Water had risen so quickly. It was unbelievable. It was like an ocean wave almost,” says Warren. 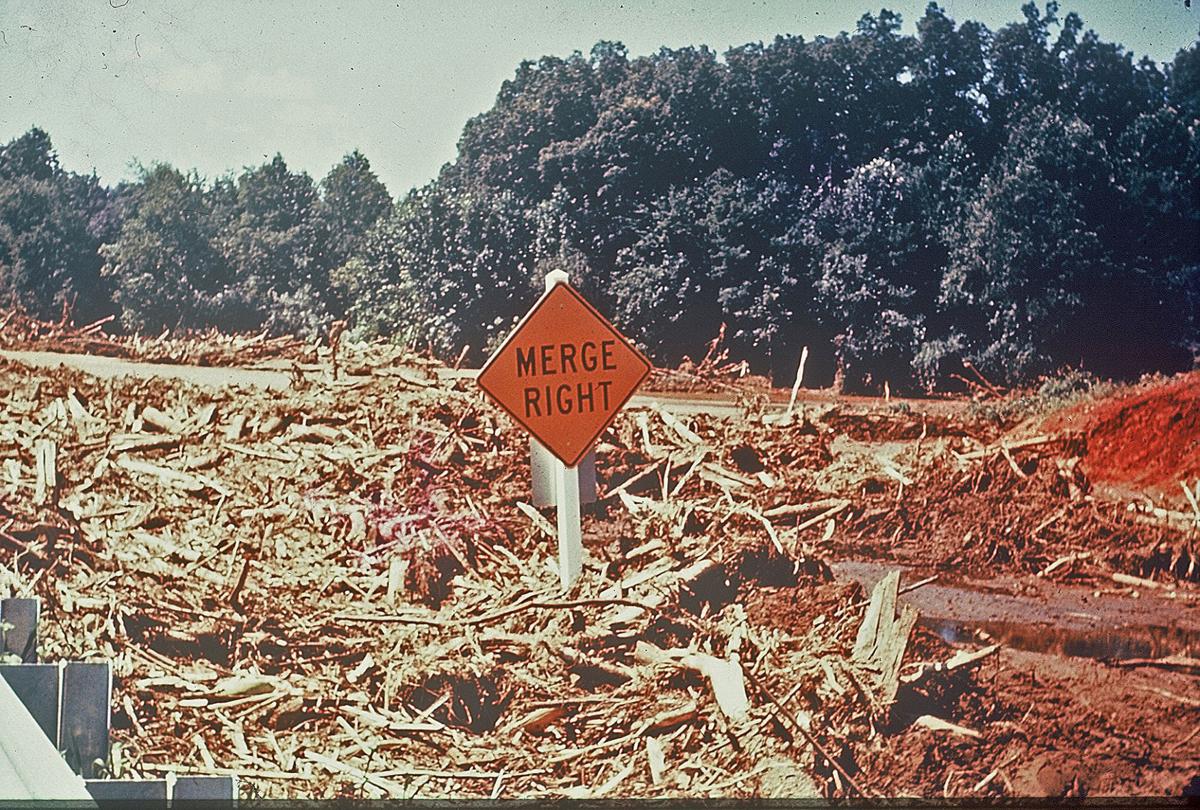 A wall of liquid and debris swallowed everyone whole. Their family members disappeared into the night.

The brothers clawed at anything to stay alive.

“It was going to be like the end of the world. It had to be,” he recalled.

Three feet of rain fell in roughly six hours. The Raines boys witnessed the world around them wash away.

“All night long you had to watch out, so you weren’t run over,” says Warren. “I saw an entire house float by within a few feet of me.”

“Cows and cars. It was unbelievable,” says Carl.

At daybreak, rescuers in boats pluck the brothers from two trees. Warren and Carl start searching.

“I do remember we went into the attic and yelled, ‘Momma! Daddy. You here?’ Just dead silence. Didn’t hear anything,” says Warren.

“It's just unbelievable the devastation. It was all caused by water,” he said.

900 buildings and 100 bridges leveled. But the human toll far worse. 1 percent of Nelson’s population, more than 150 people, were killed or missing.

“There is no comparison to anything I worked on,” says Tinsley. “That big surge that came down had come down and those big tractor trailers were gone. I don’t mean they didn’t go up the road. They were gone. We found the bodies of the drivers.”

Mr. Tinsley says there was no way in or out of Nelson.

“One thing we didn’t have for about 36 hours was communications,” says Tinsley.

Carl and Warren were also cut off from everything they knew. The bodies of their family members were eventually found one by one.

“It was really a tough time,” says Warren. “While we were at the funeral home making arrangements, I remember they found our mother.”

The remains of their baby sister Ginger were discovered two weeks later. 20 miles away.

“The flood happened after her 7th birthday,” says Warren.

“To lose one member of the family is bad. To lose five, and the majority of your family, there was nothing more devasting than that,” he said.

The Raines brothers face the world alone. Leaning on each other while growing up fast.

“Lost our childhood in one night. Became orphans in just minutes,” says Warren.

“This was the resting place for my mother and father and two sisters and a brother,” he said. “I guess there is a place over there for me at some point.”

Hurricane Camille ranked as one of the worst storms on record. Each passing anniversary pushes the catastrophe farther away, but for Warren and Carl, the memories still cut deep.

Hurricane Camille tore through Virginia in just 24 hours. But she robbed two boys of their innocence for a lifetime.

“I don’t really like talking about it. I can get emotional,” Warren said. “But it’s a story that needs to be told.”