RICHMOND, Va. -- The remnants of Tropical Storm Gaston drenched Central Virginia dropping up to 10 feet of water 15 years ago.

Darlene Anita Scott recalled digging herself out of the sludge that covered 17th Street in Shockoe Bottom back on August 2004.

Police evacuated Scott and her neighbors at the Market Slip Apartments and eventually Martial law was declared.

"We had to show our IDs with our address on it to be able to go in and get stuff from our apartments," she remembered. "When we were on this street 15 years ago the light poles were laying in the street and the cars looked like bumper cars."

Scott spent a night in the makeshift storm shelter organizers set up at the Arthur Ashe Center. The city's social services later put her in a hotel as crews worked to determine whether her home was safe to re-enter.

Dozens of cars that had been carried off by the floodwaters were left flipped in the streets. Numerous businesses and apartments were flooded.

"Anytime a big event like this comes around, I immediately think back to Gaston,” said Dirk Graham in 2015. "The water was over my head."

Graham, who owns Bottoms Up Pizza, watched as his business went underwater.

"Everything was destroyed. We had decks that were lifted 15 feet in the air,” Graham explained.

Bryan Park Avenue families found their basements flooded and the pavement in front of their houses in pieces.

"We spent the evening looking out the window watching the water rise across the street and into our neighbor’s yards. We prayed it wouldn’t come up into our yards," one neighbor recalled in a 2004 interview with WTVR CBS 6 anchor Rob Cardwell.

Scott said Gaston was the one storm that molded how she lives her life in 2019.

"To this day I think I go into situations that look like it should be something simple and the unexpected happens," she explained. "I think that’s why it sticks with me because it’s something that informs how I live my life now." 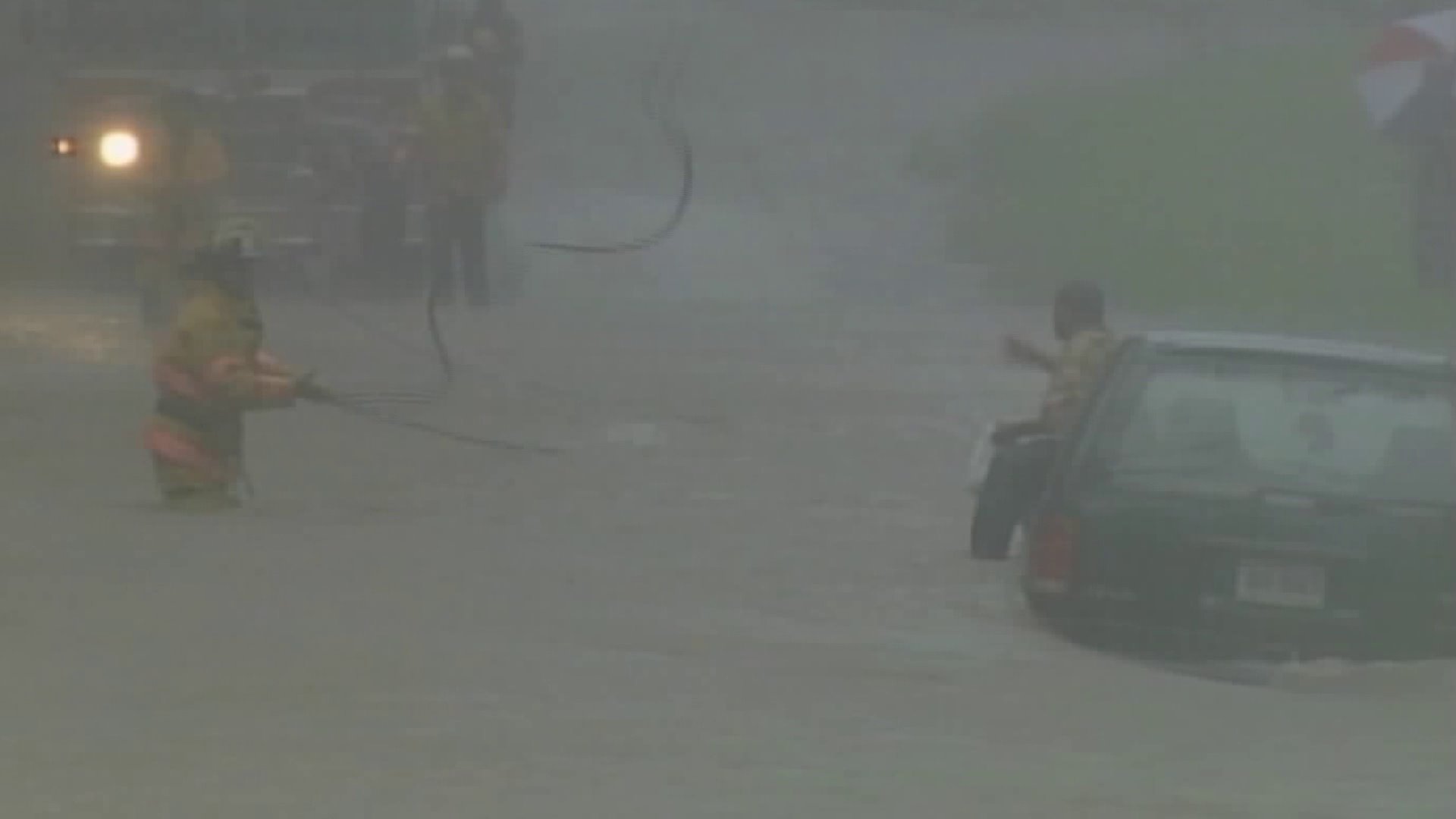