Mom calls a Kentucky officer a hero after he saved her baby, who wasn’t breathing 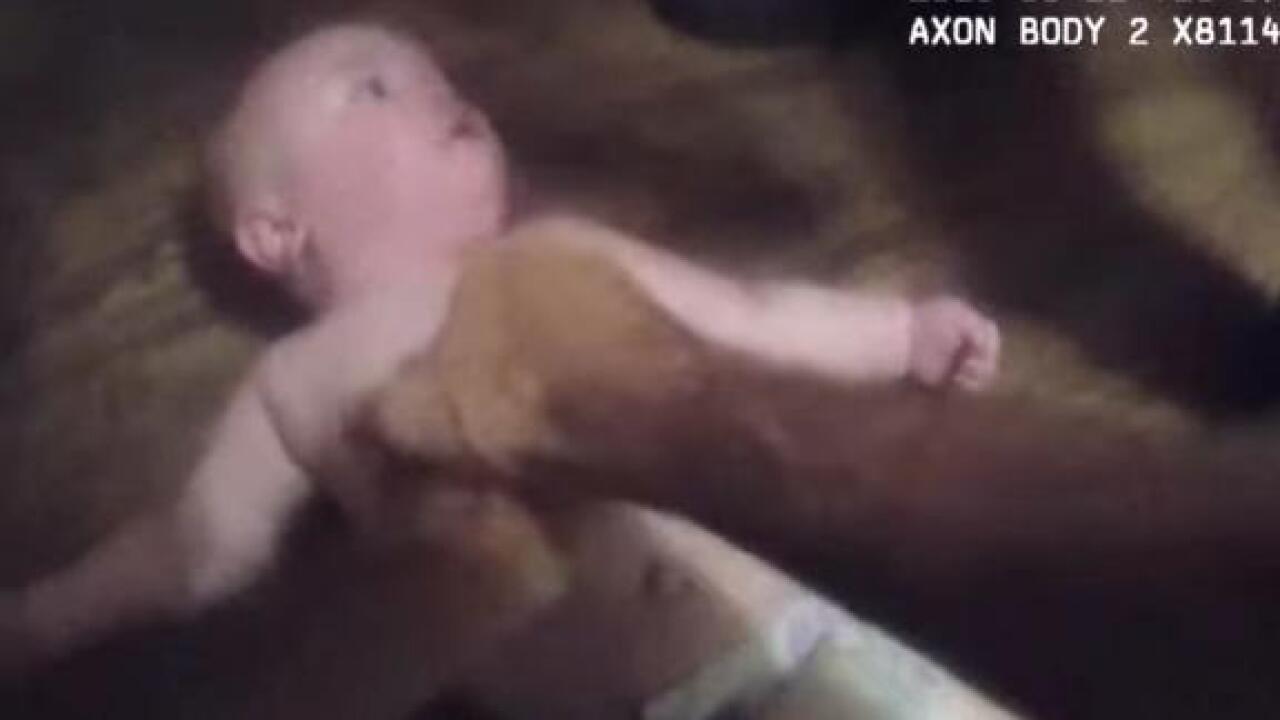 A baby from Scottsville, Kentucky, is back home with his family after being saved by a police officer.

Aiden, who is 19 months old, stopped breathing on Wednesday morning, and his family called 911. As police arrived on the scene he was already turning blue and was cold to the touch, according to officers, but Scottsville Police Sgt. James Talbott jumped into action.

He immediately checked Aiden’s airway, patted his back and started CPR on him to get him breathing on his own before paramedics arrived. All this was caught on video from Talbott’s body camera, which the police department released on Monday with permission from Aiden’s parents.

In the video, you can see the officer performing CPR on little Aiden, who isn’t making a noise. Eventually, Aiden starts crying and you can hear the officer say “OK, bud, OK.”

Aiden was transported to the hospital and released later that day to go home, according to police.

“I feel without the first aid that Sgt. Talbott administered, 19 month old Aiden King may have not survived,” the police department wrote on Facebook.

In a comment on the post, Aiden’s mother, Misty King, wrote that her family is grateful for the officer’s actions.

“If he hadn’t of responded and took over, I don’t know what would have happened. This little man is a true blessing and a miracle,” she wrote. “James Talbott you are a true hero and we hope you stay in touch.”

Just two weeks ago, the officers went through CPR and first aid re-certification training, the department added in the statement.

The family stopped by the police station and reunited with the officer on their way home from the hospital.

Talbott’s heroic deeds didn’t go unnoticed. He received a certificate of appreciation from the police department and has been nominated to receive the SPD Lifesaving medal, which will be presented to him next year.