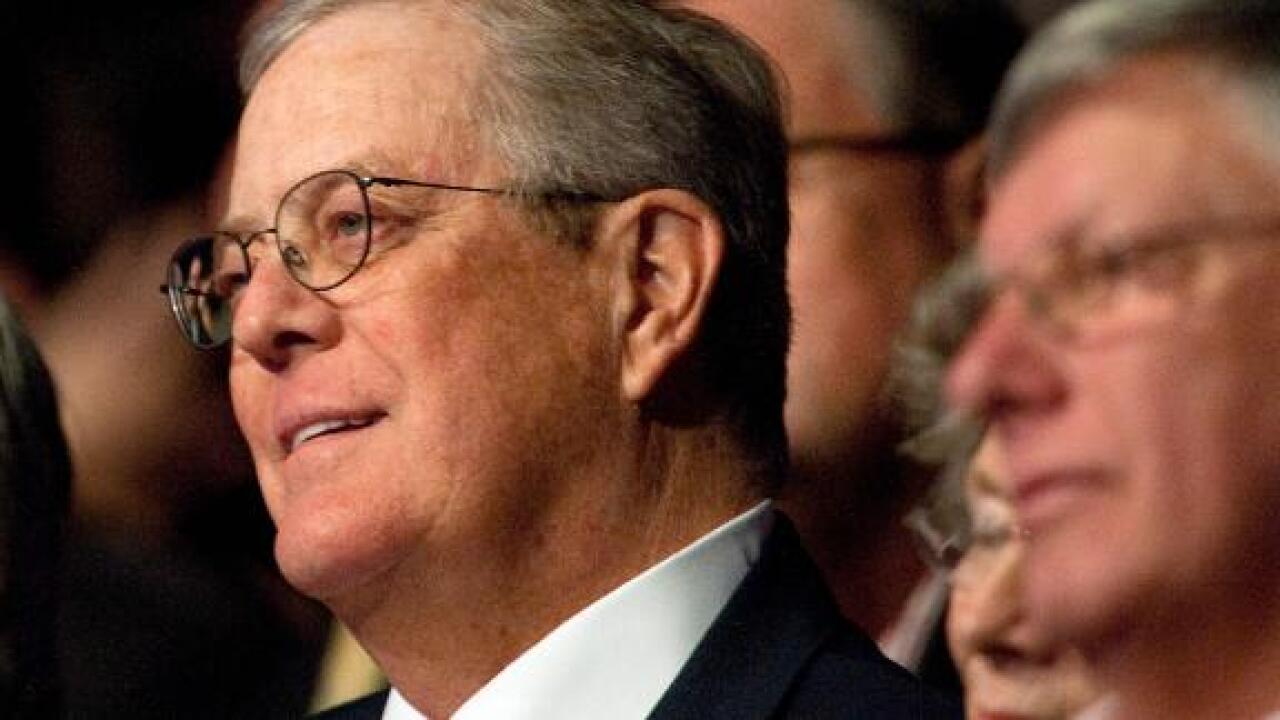 Conservative billionaire David Koch, who became a household name through the policy and political empire he created with his older brother, Charles, has died. He was 79.

“It is with a heavy heart that I announce the passing of my brother David. Anyone who worked with David surely experienced his giant personality and passion for life,” the elder Koch said in a statement.

David Koch retired from the company and the Koch political operations in 2018, citing health reasons. Sources close to the family told CNN he had been in declining health in recent weeks.

The Koch company is an industrial conglomerate that is one of the world’s largest private companies, engaging in everything from oil refining to making consumer products such as Brawny paper towels. Forbes pegged David Koch’s net worth at more than $42 billion.

But the Koch brothers were best known — and vilified by Democrats — for their role in politics, and they used their vast wealth to build a sprawling array of think tanks, foundations and political groups to spread their small-government, free-market message.

David Koch was the Libertarian Party’s vice presidential candidate for the 1980 presidential election, and along with Charles, also founded Citizens for a Sound Economy, a predecessor organization to the advocacy group FreedomWorks.

Outside of Koch Industries, the brothers were deeply involved in philanthropy and politics, bolstering conservative organizations that include the Americans for Prosperity Foundation, Freedom Partners and the Cato Institute. Their mission of advancing a small-government, libertarian-leaning message has expanded to include large donations to colleges and universities as well as advocating for criminal justice reform. They have also dedicated funds toward medical research and the arts.

Koch Industries has an estimated annual revenue of $110 billion and 120,000 employees. While primarily known as an oil company, it makes a wide variety of other products including Stainmaster carpet, Dixie paper cups and plates, Brawny paper towels and AngelSoft toilet paper, as well as fertilizer, asphalt and window glass.